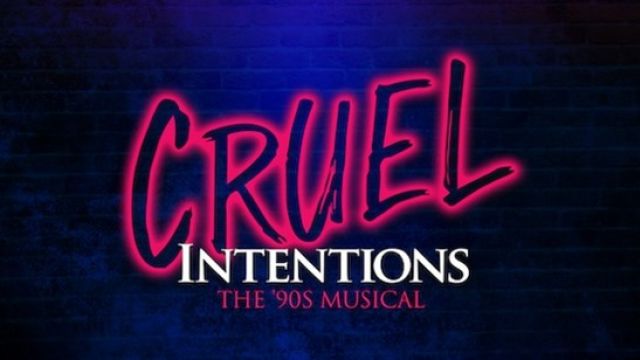 David Venn Enterprises (The Wedding Singer, Bring It On: The Musical) will present the Australian professional premiere of Cruel Intentions: The ‘90s Musical, based on the 1999 cult classic film of the same name.

This nostalgia-fuelled ‘90s party, combines everything audiences love about the original film, complete with a soundtrack of chart-topping hits including The Verve’s Bittersweet Symphony and other throwback classics by Boyz II Men, Christina Aguilera, Backstreet Boys, Goo Goo Dolls, *NSYNC, and, of course, Britney Spears.

The A-List stars of the film, Reece Witherspoon, Sarah Michelle Geller, Selma Blair and Ryan Phillippe, have all endorsed the musical, which has enjoyed sell out shows across the USA and UK.

Cruel Intentions: The ‘90s Musical will stage its Australian premiere at Melbourne’s Athenaeum Theatre from 25 May, 2022 followed by a season at Sydney’s State Theatre from 29 June, with more cities to be announced.

Join the secret society waitlist at cruelintentions.com.au to get tickets first.

The musical is created by Roger Kumble, the original writer and director of the film, as well as Jordan Ross and Lindsey Rosin. The film was adapted from the 1782 French novel Les Liaisons Dangereuses.

“We can’t wait to bring this fun-filled show to Australian audiences,” says producer David Venn. “Cruel Intentions’ story has intoxicated audiences since it was first released over 20 years ago. Prepare to be charmed all over again as this musical brings the film to life in a whole new way with ‘90s tunes offering the ultimate throwback experience.”

Cruel Intentions: The ‘90s Musical draws you deep into the world of Manhattan’s most tempting liaisons. Sebastian and Kathryn are seduced by revenge and fuelled by passion. Set out to ravage the virtuous Annette Hargrove and anyone who gets in their way, the siblings find themselves entangled in a web of secrets, temptation, and the cruelest game of all: love.

The score features hits including Bye Bye Bye (NSYNC), Sometimes (Britney Spears), Just A Girl (No Doubt), Foolish Games (Jewel), Genie In A Bottle (Christina Aguilera), Breakfast At Tiffany’s (Deep Blue Something), Kiss Me(Sixpence None the Richer), Iris (Goo Goo Dolls), I’ll Make Love To You (Boyz II Men), Every You and Every Me (Placebo) and Bittersweet Symphony (The Verve).

An all-Australian cast and creative team will be announced in the coming months.

The national tour is supported by the Restart Investment to Sustain and Expand (RISE) Fund – an Australian Government initiative.