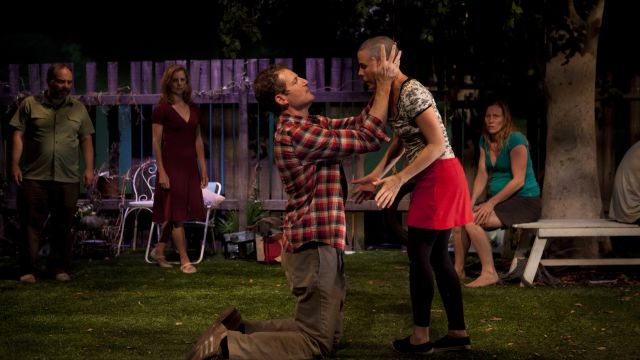 Glen Street Theatre has announced their 2016 season of entertainment at the Belrose venue, including a diverse programme of drama, music, satire and comedy plus a series of kids shows.

Glen Street’s Director, Margot Woodward announced the 2016 Theatre Season, which has an eclectic mix of programming. “There are many and varied works of different genres that promise to entertain, challenge and emote with the audience in different ways,” said Woodward. “We look forward to welcoming back our regular supporters and trust the season will also appeal to lapsed subscribers and many new faces coming to enjoy what we are proud to offer from the nation’s theatrical canon.”

Glen Street is currently evolving into a cultural hub on the Northern Beaches and this philosophy has strongly informed programming choices for 2016. Stage 2 of the Cultural Hub commences construction in February 2016 and will see a new state of the art library and enhanced food and beverage operations at the site. Woodward adds, “Glen Street was built by the community and works for the community and the upgrades are in line with contemporary usage of the space. It really is exciting for everybody in the community – near and far!”

Subscriptions are now available for 3 to 8 play packages, at a saving of up to 33% on tickets, with a range of exclusive subscriber benefits. Subscribing by Monday 9 November attracts an additional 10% discount.

Image: Never Did Me Any Harm (c) Lisa Tomasetti

If laughter is indeed the best medicine, The Good Doctor is the cure-all pill. In this collection of stories from master playwright Neil Simon (channelling Chekhov), we meet a cast of unforgettable characters from the tragically comic to the comically tragic. There’s the clerk who blows a sneeze out of proportion, the player who gets played, and the dentist who’s just a little too enthusiastic.

Written and Directed by Jonathan Biggins

The country town of Coriole is getting ready for Australia Day – a time to crack open a frothy, stick a snag on the barbie and celebrate what it means to be a true blue Aussie.

The Australia Day committee is gearing up to put on the town’s biggest party – but they have a few issues of their own to sort out first. With everyone from the Greens to the local mayor to the CWS wanting a piece of the party pie, its proving hard yakka to work out what an Aussie celebration should look like. Nothing is sacred as the national identity is put through the wringer! Will the day be fair dinkum after all? Or are there too many roos loose in the community hall?

Their lives could have been written so differently: the story of Henry Lawson and Mary Gilmore’s lost love.

Still revered across Australia, Henry Lawson is one of the nation’s favourite writers and poets. His contemporary, Mary Gilmore, was a literary icon and a radical socialist. Both were heroes of literature that had enormous influence over each other. Both were later the face of Australia’s currency. Both were secretly betrothed to each other.

At the end of the 19th Century, Mary Gilmore was introduced to the young Henry Lawson. As their friendship developed, Mary found herself caught in the midst of an intense relationship between Henry and his formidable mother, the suffragette Louise Lawson. What followed was the beginning of a love affair soon thwarted by a devastating deception.

After researching Mary Gilmore’s memoirs, writer Anne Brooksbank first uncovered the tale of loving promises between two of Australia’s most famous writers. Taken from excerpts from the couple’s surviving letters, this is the first time Henry and Mary’s forbidden relationship has been brought to the professional stage.

A thrilling contemporary work of love in a time of revolution, Motherland is a play about three remarkable real women based on the incredible true story of a Brisbane socialite who married Russia’s deposed Prime Minister, Alexander Kerensky, and helped him escape from the Nazis during World War ll.

This is contemporary theatre that weaves multiple stories of home, belonging, love and loss that spans decades, continents, revolutions and war.

THE HANSARD MONOLOGUES: AGE OF ENTITLEMENT

The Hansard Monologues: Age of Entitlementis the theatre at its most real – because it is real.

Fresh from the debates of this Federal parliament, The Hansard Monologues captures and distils the passions and the policies, the characters and the crises of the nation’s discourse into a dramatic, amusing and at times sobering ride through the big issues of our time.

This is verbatim theatre of the moment: the themes of racism, climate change, travel rorts, budget repair, lifestyle choices, asylum seekers and national security are all ready to feature in the final script, which continues to be written right up to performance.

First produced in 2013 as an analysis of Australia under the Labor government, The Hansard Monologues: Age of Entitlement now, in a completely new version, turns its focus to Australian life under the Coalition.

NEVER DID ME ANY HARM

Never before have parents been under such pressure when it comes to raising children. Is the pressure to get it right overwhelming us? And what is ‘good parenting’ anyway? Are children today given too much choice? Too few boundaries? Less chance to take risks?

THE SONGS THAT GOT AWAY

Written and Performed by Johanna Allen

Stormy Weather, The Man That Got Away, Blues in the Night, Get Happy, One for My Baby, Paper Moon and Somewhere Over the Rainbow… enjoy hit after hit by Harold Arlen. His timeless music seeped into our consciousness and has remained part of popular music ever since. Ella Fitzgerald, Lena Horne and Judy Garland all became famous singing the songs of Harold Arlen. But despite international success, Arlen himself remained an enigma.

Acclaimed singer and actress Johanna Allen takes you back to the Cotton Club of 1930s Manhattan, where Ethel Waters, Lena Horne, Peggy Lee, Judy Garland and Arlen himself come to life against a backdrop of segregated America and patriarchal Hollywood.

These are ‘the songs that got away’. Explore the survivor stories of Arlen’s muses and the volatile uncertainty of success.

They sing, they dance, they wear funny hats.

Paul Keating once said that politicians come in three varieties: straight men, fixers and maddies. Well, you can be sure all of them will be knocked down a peg or two when the Wharf Revue comes rolling back into town.

From the inimitable minds of Jonathan Biggins, Drew Forsyth and Phillip Scott comes another instalment of what has become a true Sydney institution. From the movers to the shakers, from the winners to the losers, the stage will be filled with a year’s worth of foolishness.

And if there’s one thing that a federal election year brings, it’s a smorgasbord of satirical goodies. There’ll be minor party pies, red meat, blue cheese and don’t forget your greens. But most of all, there’ll be laughter. And lots of it.

"Mr Stink stank. He also stunk. And if it was correct English to say he stinked, then he stinked as well...”

It all starts when Chloe, just about the loneliest girl in the world, makes friends with Mr Stink, the local tramp. Yes, he smells a bit, but he’s the only person who’s ever been nice to her. So, when Mr Stink needs a place to stay, Chloe decides to hide him in the garden shed. Now Chloe's got to make sure no one finds out her secret, but she’s about to learn that some secrets have a way of leading to disaster. And speaking of secrets, there just might be more to Mr Stink than meets the eye... or the nose...

David Walliams’ award winning bestseller comes to life on stage in this new Australian adaptation for children 6-12 and their families. Hold on to your nose!

Based on the Book by Li Cunxin | Adapted by Sandra Eldridge, Eva Di Cesare and Tim McGarry

'This is your one chance. You have your dreams. Follow them! Make them come true…'

The Peasant Princeis story of Mao’s last dancer, Li Cunxin, a peasant boy taken from a poor village to study ballet in Beijing. Inspired by his father’s tale about the little frog that wanted to get out of the deep well where he lived, to see the bigger world above, Li persevered in order to pursue his dream of a better life. For 7 years he practiced until he became the best dancer in China. By the age of 21 and after defecting to America, he became a star.

Li's happiest moment was the first time his parents were permitted to travel from China to watch him dance. In all his years of ballet training and stardom, he never forgot his family and his home.