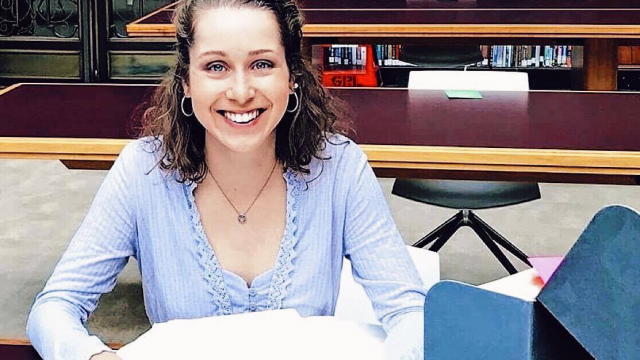 The Hatch Lab Musical Theatre Residency Program has its first residents as they begin a yearlong development for the world premiere of their new Australian musical,

The Hatch Lab was created by Salty Theatre, with the support of Theatre Works, to assist artists in their development of new musicals and provide much-needed support to writers and composers who seek an opportunity to revise, workshop and ultimately bring to life their musical works on stage.

Paper Stars is a new Australian musical that theatricalises the early career of one of Australia’s most successful storytellers. Everyone knows her as the woman who created Mary Poppins, but who was P.L. Travers before she became famous? Inspired by true events (yet told with a healthy spoonful of imagination), it follows the intrepid Helen Lyndon Goff as she leaves home – with just a feather and a carpet bag – to forge a career for herself in London. While she successfully reinvents herself as P.L. Travers and finds the inspiration to write her world-famous novel, she must also deal with some baggage from her past…With a whimsical book by Grace Chapple and Miranda Middleton, and an original score by Luke Byrne, Paper Stars is a story about learning how to cope in a dark world, and finding magic in real people and things, rather than fantasy.

Miranda Middleton, one of Paper Stars' creators, has this to say, “We’re living in an age when art and storytelling are increasingly undervalued and under-funded by our government. But like P.L. Travers, our writing team believes fervently in the power of stories; not just as escapism, but as a vehicle for our collective imagination. The act of assembling in a dark theatre and imagining better ways of being en masse is very real, and political, and important. Many people don’t know that Mary Poppins was written by an Australian, and if they do, they know the older P.L. Travers as embodied (impeccably) by Emma Thompson in Saving Mr. Banks. We’ve done a lot of research into her earlier life and personal philosophy, and used our own imaginations to fill in the blanks, in an attempt to tell her rather remarkable story in an artistic and engaging way. Paper Stars has been a real labour of love over the past six months, and a welcome distraction from our “muggle jobs”. But this support from Salty Theatre and Theatre Works, and the chance to really pour our hearts and souls into the show’s development and production over the next year, is so exciting. We can’t wait to share this story with an audience in the near future, and send forth a bit of magic into the world."

The culmination of this year of development will be the world premiere of Paper Stars in November 2021 at Theatre Works.

“In order to fly, you need something solid to take off from.” - P.L. Travers, OBE