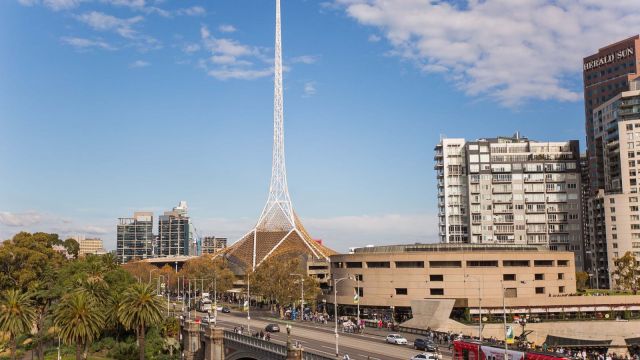 The Victorian Government has announced a slow and gradual re-opening of Live Performing Arts, with no word on when major musicals and plays can get back to business.

Under the road map for re-opening announced today by Premier Dan Andrews "at 80% 16+ double vax, indoor seated entertainment is subject to 1 in 4 square metres density and a max of 150 people."

The timeline for reaching that level of vaccination is November 8.

Reaction to the announcement from performing artists has been grim.

"Seems there is no provision in the Victorian road map for live performances to open up with a capacity that makes it feasible for the rest of 2021, " wrote VCA lecturer and actor Martin Croft on facebook.

"What a deeply dark and sad time for the arts industry in Melbs," added Erin Mannix.

There is speculation that further announcements will be made about when big musicals and plays can re-open with a viable audience.

"I think wait for the articulation on the DHHS website when we get closer to 70% double vaxed. There were many industries not mentioned," wrote  Will Conyers on the same post.

"Try running a lighting production company with millions of dollars of equipmemt and shows pencilled to tell your casual staff sorry another month." added Jason Bovaird.

Major musicals shut down by the lockdown include Disney's Frozen and Moulin Rouge the Musical which did not even get to open its highly anticipated Australian premiere.