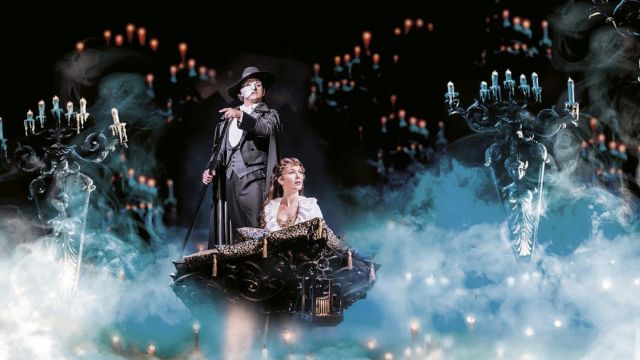 Andrew Lloyd Webber has contradicted Cameron Mackintosh over the future of his hit musical The Phantom of the Opera insisting that it will re-open.

Producer Cameron Mackintosh this week announced that the West End production of The Phantom of the Opera is 'permanently shut' ending the 34-year-run for the blockbuster musical.

The musical closed in March with Australian Josh Piterman in the lead role.

Mackintosh revealed that the impact of the Coronavirus has forced him and Andrew Lloyd Webber to shut both the touring and London productions.

In response Andrew Lloyd Webber issued a tweet that "as far as I’m concerned Phantom will reopen as soon as is possible."

In a full throttled feature in the Evening Standard newspaper producer Cameron Mackintosh described as an "absurdity" the notion that theatres can re-open with social distancing in their seating capacity as Andrew Lloyd Webber tested in a trial at the London Palladeum.

He warned that without more certainty from the UK Government, the West End could remain closed until the middle of next year.

"Even the most optimistic theatre practioners among us came to the conclusion that it was a disaster."