Regional Town Comes to Life on Adelaide Stage in May 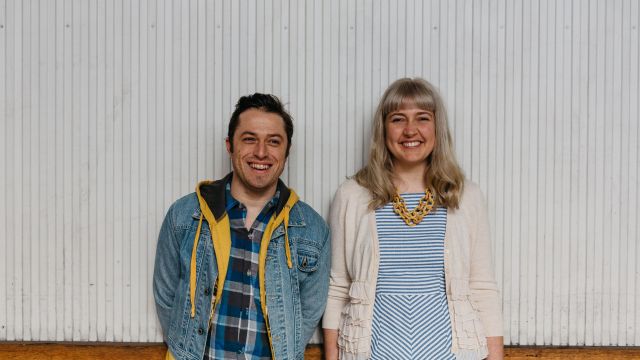 Award-winning South Australian playwright Emily Steel brings regional voices to the fore in May 2021 in Euphoria, a tender and sharply funny tale of good days, bad days and everything in between.

Presented by State Theatre Company South Australia and Country Arts SA, Euphoria stars James Smith (Jasper Jones) and Ashton Malcolm (Rumpelstiltskin), under the direction of Nescha Jelk (Jasper Jones, RUMPUS). Following its official opening in Renmark at the end of April, Euphoria moves to the Space Theatre for a limited season in May, before heading on an extensive regional tour.

In Euphoria, school teacher Meg (Ashton Malcolm) wants to start a new festival called “Euphoria” to celebrate everything her country town has to offer. Former student Ethan doesn’t think there’s much to celebrate at all, until he meets Annie and hatches a plan for a campervan escape. Meg’s husband Nick wants Meg to slow down, but there’s still so much to do – get grants, make run sheets, hurry to Adelaide to win the support of the Premier. She’s spinning fast. And the rest of the town is noticing.

Originally scheduled for 2020, Euphoria was commissioned by Country Arts SA and developed in consultation with regional SA communities on a development tour, an experience playwright Emily Steel called “an honour”.

“It was a privilege to meet so many people in so many communities, and to hear about their experiences. Euphoria is fictional, but I hope that, thanks to all those who helped with the research, its characters and their stories will feel real.” State Theatre Company South Australia Artistic Director Mitchell Butel added, “The development of this play started with playwright Emily Steel heading to pop-up tea rooms across regional SA to have hundreds of conversations with residents. To finally bring this beautiful play back to those towns is a real privilege, and we’re thrilled to be co-producing this with Country Arts SA, which plays such an integral role in bringing world-class work to regional audiences.”

“With extensive community consultations in towns across the state and working with our producing partner State Theatre Company South Australia and some of the best in the industry, we have re-created a slice of regional life that we know rings true,” he said.

Euphoria plays at Space Theatre from May 6-15.

Do you, or does someone you know, need help?