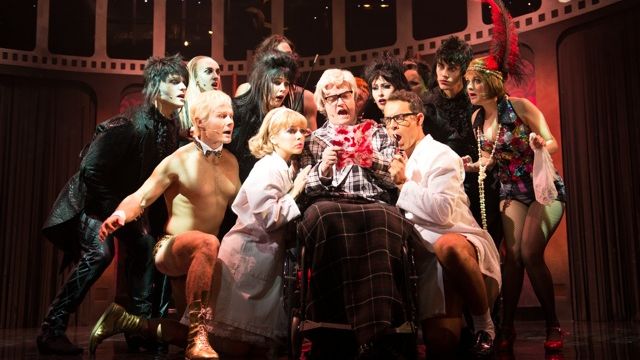 Let's Do the Time Warp Again!

Producers Howard Panter and John Frost today announced on June 2, 2013 that the iconic musical will open on December 31, 2013 at the Lyric Theatre, QPAC, Brisbane, followed by seasons at the Crown Theatre, Perth in February, the Festival Theatre, Adelaide in March and Melbourne's Comedy Theatre in April. This fresh production is currently playing in the UK to sell out houses and the producers promise a sexy and very surprising all-Australian star cast.

The Rocky Horror Show is of theatre’s most endearing and outrageously fun shows. It opened at London’s Royal Court Theatre on June 19, 1973, quickly developing a cult following, and was adapted into the 1975 film The Rocky Horror Picture Show, which has the longest-running release in film history.

In 2010 the music of Rocky Horror was showcased in the smash hit TV show Glee, seen by over 20 million people world wide. Rocky Horror even has its own postage stamp. This exclusive new 40th Anniversary Production is proving more popular than ever with new audiences and fans alike.

One dark and stormy night, follow squeaky clean sweethearts Brad and Janet as they embark on an adventure they’ll never forget, when they stumble upon the scandalous Frank N Furter, the rippling Rocky, a mysterious Riff Raff, the vivacious Magenta and the ultimate show stopping toe-tapping gal, Columbia. Get ready for a night of fun, frolics and frivolity in this all-new production of Richard O’Brien’s classic iconic story. 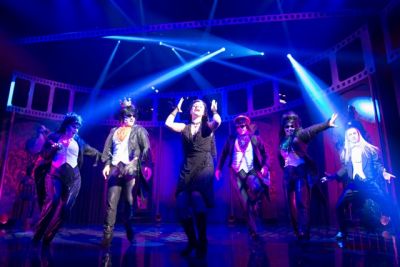 Millions of people all over the world have and continue to see productions of The Rocky Horror Show and sung along to Sweet Transvestite, Dammit Janet, I Can Make You A Man, Touch-a Touch-a Touch Me, Over At The Frankenstein Place and of course The Time Warp.

“It’s time to dust off the fishnets and do the Time Warp again,” said John Frost and Howard Panter. “Following our successful collaboration on Legally Blonde, we wondered what should be the next musical we produce together in Australia. People are always talking about The Rocky Horror Show, and wanting to see it again. Why? I think the answer is simple - it’s a guaranteed fun night out, a full on party. Audiences know many of the words, they know many of the dance moves, and no matter how many times they may have seen it before, they want to come back for more! But be sure, this witty new production has many new twists. A classic that is fresh again.”

Melbourne audiences can waitlist to buy tickets at www.rockyhorror.com.au/melbourne before they go on sale on October 7.

* An additional transaction fee and/or a credit/debit payment processing fee may applyrockyhorrormusical.com.au

Images from the 2013 London production.

Musicals in 2013 and Beyond