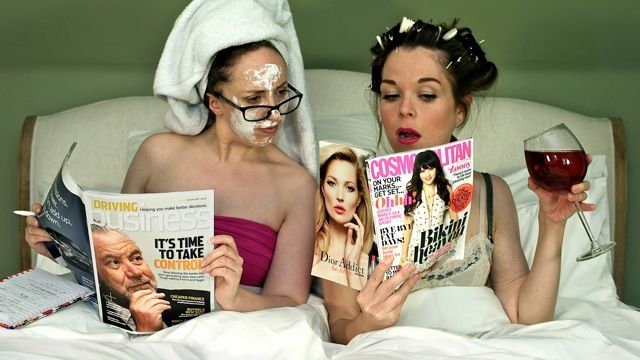 Have you ever watched romantic comedies and wondered if what happens in them could actually happen in real life? UK pair, Lizzy Mace and Juliette Burton have, and what's more, they decided to find out.

They’re asking 2014 Adelaide Fringe audiences to join them in the Australian premiere of Rom Com Con, as they try talking to coma patients (While You Were Sleeping), standing on street corners (Pretty Woman) and going on dates with guys whose paddling pools they used to play in (Bridget Jones's Diary) - all in an attempt to find The One.

One of the breakthrough shows from the Edinburgh Fringe 2011 and 2012, Rom Com Con has won a swag of awards. Not all can be listed here, but they include being winner of an Argus Angel Award for Excellence and 'Top Nominees' for Best Comedy in The Latest Festival Awards, Brighton Fringe 2012. 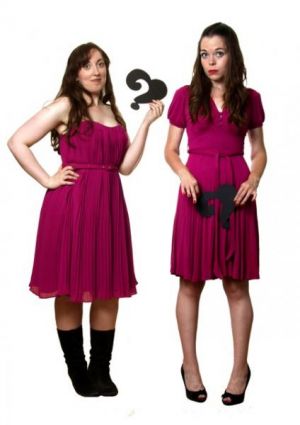 The show has received 5- and 4-star reviews from Three Weeks, The Skinny, Fringe Guide and Blastocyst.com, plus mentions in The Stage, The Independent, and Australian comedy website Squirrel Comedy. The comedy was ranked #4 on EdTwinge.com out of all shows at the Edinburgh Fringe 2012 according to the overall positivity of Tweets in which it was mentioned.

Lizzy Mace and Juliette Burton met as actor-members of the Cambridge scriptwriting forum, WRiTEON! They began writing together at a stand-up comedy workshop in 2010. Since discovering a shared love of all-things-confused, and a shared confusion of all-things-love, a light-hearted romp through the rom coms was the natural choice for their first offering as a double-act.

I asked Lizzy and Juliette what there was about romantic comedies that gave them enough material for a show such as Rom Com Con.

Lizzy Mace: ‘Yeah, that’s a big theme. That was the main drive really. There’s this ideal of romance that’s presented in the movies and the media that we’ve all grown up with and actually, real life is not like that. That was kind of the impetus. We decided to look at how the main characters meet in each of the top one hundred rom coms and put ourselves in the same situations in real life to see if we could meet someone too. But I do think we were both surprised by actually how deep it got. There was a stage we were worried that it was just going to be us doing lots of silly things and that nothing interesting would happen, but actually we got some quite deep themes come up.’ 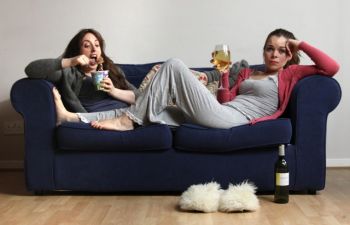 JB: ‘The only reason we accessed the wealth of material that’s in the rom coms is because we were both so frustrated by them at that time in our lives; that they were so different from the lives we were living at that time – being horribly single… “Horribly” single meaning not enjoying our singleness.’

LM: ‘So I suppose we were engaging with rom coms in a way that people don’t normally engage with them. Normally you would watch it as a bit of froth, a bit of fun, but we were going, “Well, what actually is this saying about romance, and how does it reflect real life?”’

JB: ‘I think that unlocked the hidden potential in rom coms. There’s a reason they’re so successful. It’s a well-structured story, but it also addresses universal themes that people can access. It does have a lot more levels than just “boy meets girl”’. 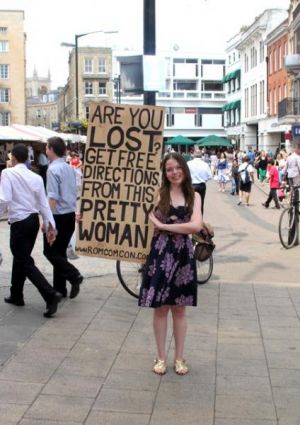 Lizzy and Juliette have “a lot more levels” than just Rom Com Con, too, successful though the show is. In addition to Rom Com Con, Mace and Burton are both bringing their new solo shows to Adelaide.

Juliette Burton is staging When I Grow Up, a true-life docu-comedy, in which Juliette realises her childhood ambitions. Artist, farmer, ballerina, baker, princess, pop star, cartoon, Muppet; she’s living the dream…every dream she ever had!

Fresh from training in improvisation and sketch comedy at the legendary Second City, Chicago, Lizzy Mace presents a series of endearingly awkward characters in her solo production Overlooked: A Roll-Call of the Small.

All three of Mace and Burton’s shows have been selected to be part of the BankSA Support Act scheme, which supports emerging artists and encourages audiences to see something new.

So, do the rom coms hold the key to finding true love? Or are they all just one big con? You’ll have to see Rom Com Con to find out.

See www.adelaidefringe.com.au for details of Mace and Burton’s solo shows.