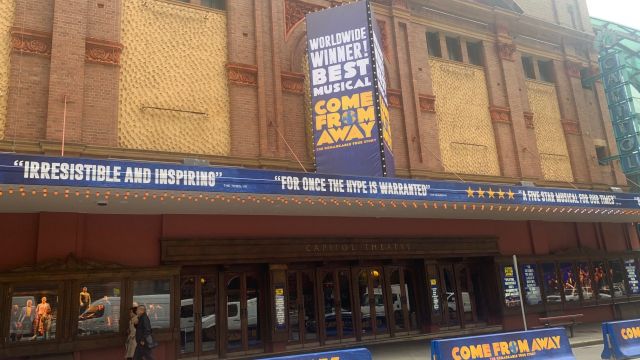 The prospects of another month in lockdown in greater Sydney has left theatre producers - professional, not-for-profit, community and school - devastated. David Spicer reports.

The announcement by the New South Wales and Federal Governments of a funding package on July 13, is based on the assumption that the lockdown will continue at least for another four weeks.

Cast at major commercial musicals such as Come From Away have been stood down on no pay, whilst cast in the musical Hamilton were asked to use their accrued holiday pay, according to a report in the Guardian.

The Sydney Morning Herald is reporting that cast at many of Sydney's major not-for-profit theatre companies have stayed on the payroll for the time being.

Producers have told Stage Whispers that the rest of 2021 is looking very grim, because even after the lockdown eases capacity is expected to be limited, and it may take months for confidence to return.

Major companies are now busy cancelling productions scheduled for August and beyond.

In some good news for artists the Berejiklian Government lowered the threshhold for sole traders or micro businesses with a turnover of between $30,000 and $75,000 to be eligible for fortnightly payments of $1500.

Not-for-profit and commercial performing arts organisations, as well as live music venues, can now also apply for funding to keep the lights on and staff and performers employed under a $75 million stimulus package.

Minister for the Arts Don Harwin said the funding will provide an immediate cash injection and future certainty for those organisations reliant on box office sales. “The NSW Government is providing a shot in the arm to the performing arts and live music sector. We understand the critical role the performing arts and live music sectors play in stimulating the economy and creating jobs,” Mr Harwin said.

“As we work our way through the latest outbreak in NSW we want to ensure these organisations can survive the lockdown, and are ready to thrive once it is safe for restrictions to be lifted.”

President of Live Performance Australia Richard Evans welcomed the NSW Government’s package saying it would provide a much-needed financial boost at a time when the sector needed it the most.

“Today’s announcement is incredibly welcome and timely news. Across the State, sold out performances have had to be cancelled, this funding will allow organisations to continue paying staff and performers, and plan ahead for the coming months,” Mr Evans said.

The latest $75 million support package is in addition to the $50 million Rescue and Restart funding announced in 2020. Funding will be available to NSW commercial and not-for-profit performing arts organisations, as well as live music venues impacted by the cancellation of shows. For information on how to apply  visit www.create.nsw.gov.au