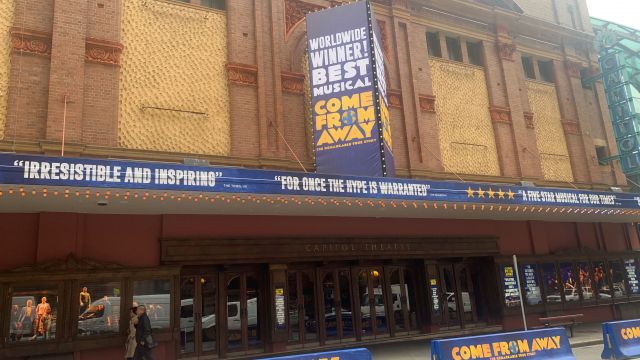 The New South Government has unveiled a roadmap for when theatres can re-open in COVID-19 hotspots.

Restrictions will ease on the Monday after the state achieves 70 percent of the eligible population with a double vaccination - which is expected to be in October.

Theatres will be allowed to have a maxmium capacity of 75%, so long as they comply with the one person per four square metre rule.

Outdoor venues will will be able to have up to 500 people at an event.

Only people who have received the double vaccination will be able to enter the entertainment venues.

Masks will also be compulsory.

The General Manager of Foundation Theatre Graeme Kearns said he is now planning to re-open the Capitol and Lyric Theatres.

"The statements made by the Government in recent days have been fairly upbeat and have given us hope that our theatres will be able to reopen at some point in October, " he told Stage Whispers.

"We’re likely to reignite the theatres with capacity restraints initially but it appears we will be able to play to higher capacities once the 80% vaccination mark has been reached.

"Safety protocols at the theatre such as mask wearing, sanitising and staged entry are with us for the medium term, as well as any other measures the Government considers necessary."

The announcement came on the same day that another 1405 people tested positive for COVID-19 in the community in New South Wales.

In Victoria the number of new infections rose above 300, again dashing hopes of an early return of the performing arts in that state.