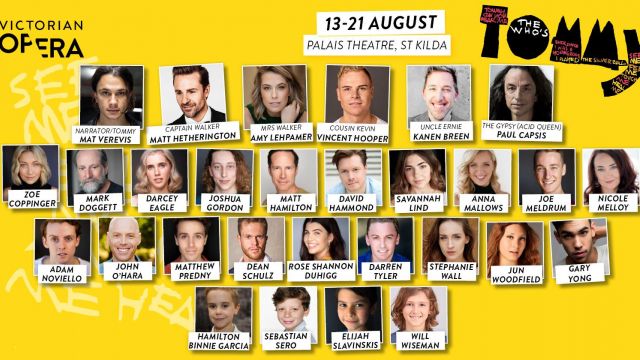 The Victorian Opera has issued an apology for its casting of the The Who's Tommy that it will stage in August.

It follows complaints on social media about the lack of diversity in the cast announced.

"Yikes. No disrespect to the talented performers, but this is an extremely white cast. What’s the deal Victorian Opera? Pretty insulting to the many poc performers in Melbourne, that after all the discussion and education around diversity that has been freely provided, you still chose to cast this way. Not good enough."

"Not to disrespect any of these incredible performers. They are totally deserving and talented. However Victorian Opera, you failed to bring a more accurate representation of our people to our stages but rather decided to go ahead with a totally white-washed cast list. Even after recasts. Even after the hardships our industry already went through last year dealing with more white-washed cast lists."

In a statement issued by the Victorian Opera the company said it was sorry that the musical "does not have the representation that is important to our community."

There has been a strong reaction on the Stage Whispers' Facebook Page, with many people criticising the statement and others supporting it. 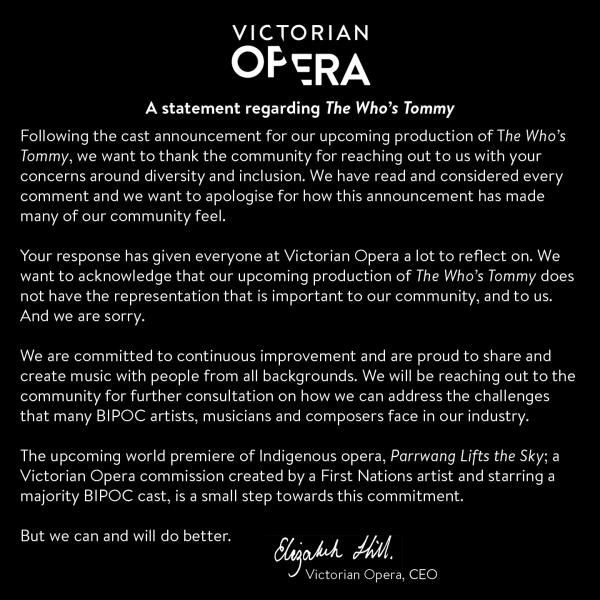