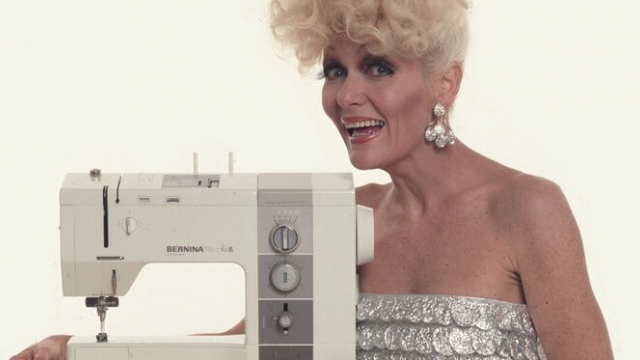 Flamboyant entertainer Jeanne Little has passed away at the age of 82.

Jeanne Little's passing is a sad day for the Australian entertainment industry. Struck down by Alzheimer's disease close to a decade ago, Jeanne's very full and inspiring life was cut short just at the point where she had truly established herself as a cabaret star in the 1990s and early 2000s. Had she remained in good health, I believe Jeanne would still be a prominent fixture on our stages today, perhaps still playing Marlene Dietrich and Marilyn Monroe as she did with such aplomb, or finding a new character.

Her brave, fearless and infectious spirit travelled via a tough and humble childhood. She was raised by a diligent and strong mother to aim high. Jeanne travelled to a swinging London of the 60s and this journey had a great impact on her. Soon after, with new husband, Barry, by her side, she made her mark on Sydney fashion. Jeanne then became a national icon on our TV screens, most notably, as a Logie winner in the peak period of The Mike Walsh Show in the mid 70s.

Australia had not only never heard a voice like it, but were also amazed at Jeanne's eccentric and outlandish fashion sense: a dress made out of toast and a hat made from pizza to name a couple of examples. Australia could not help finding her hilarious, warm, generous and delightfully unstoppable! Everyone was a dahlin!

As the writer and director of 'Dahlin! It's The Jeanne Little Show' starring Caroline Ferguson, the two of us have explored both a wonderfully idiosyncractic personality and a story that continues to inspire and entertain.

Both Caroline and I hope now to keep Jeanne's bright, loving spirit prominent for many years to come and to keep spreading her highly successful story of persistence and joy.