Directors Diary: Death of a Salesman 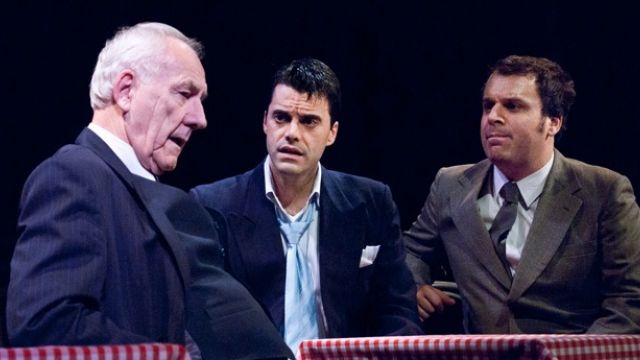 It was Drama of the Year at the Victoria Drama League Awards in 2011. Director Kevin Trask tells the story behind the production.

Death of a Salesman was written by Arthur Miller in 1949 and had its Broadway Premiere at the Morosco Theatre. Over the years many theatre groups have staged this play across Australia and secondary students study it. I had seen the telemovie starring Dustin Hoffman, but in my forty years in theatre as an actor and director I had not actually seen the play onstage until 2005 when I went to a matinee performance at the Lyric Theatre in London’s West End. I sat in “the Gods” to experience this outstanding piece of theatre. Brian Dennehy was playing Willy Loman and had won the Tony Award on Broadway for his portrayal of this complex character - his performance in London also won him the Laurence Olivier Award.It was like attending a Master Class to watch Brian Dennehy onstage. As I left the theatre and walked towards “the tube” in the rain I decided that at some time in my life I would like to direct a production of this classic American play.

Five years later I was approached by the Athenaeum Theatre in Lilydale (Melbourne) to direct the June 2011 production. 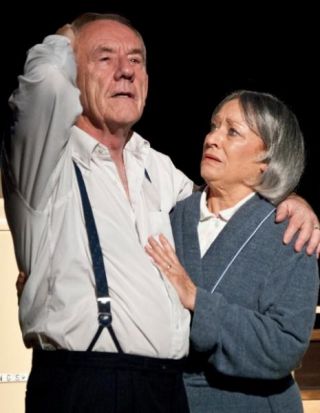 Death of a Salesman has a cast of fourteen characters from Willy Lowman down to a waiter who does not have lines. I knew that it was unlikely that it would be fully cast after the initial auditions but I was able to cast most of the major characters. I was determined to get the best possible cast. The play itself attracts actors because of the strength of the roles. After many weeks of “ringing around” I was able to cast the remaining roles. I was not only pleased with the strength of the cast but also the fact that they were all proud to be a part of the production and totally dedicated to the success of the play. I am a strong believer that there is no such thing as a small role and I always treat every cast member equally.

We were very lucky to have an experienced set designer and the Athenaeum Theatre at Lilydale has a great team of set builders. The cast are able to rehearse on the set as it is being built.  The set was on two levels, with the boy’s bedroom upstairs and the kitchen and main bedroom on the lower level. The downstage apron was used as an acting area for the various scenes.I designed the sound plot and used a mix of recorded cast dialogue lines for the scene where Willy breaks down towards the end of the play. I wanted the props to be as authentic as possible - we even had a real operating “Wire Recorder” and an old style 1930’s refrigerator. The wardrobe required more than twenty period costumes. The nucleus of experienced crew and many others involved in the play combined with a fine cast gave me a very “warm feeling” that this was going to be a very good production of Death of a Salesman. 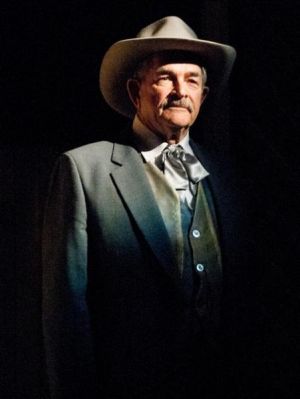 There are always problems and issues to be resolved in rehearsal and “at the end of the day” the director has full responsibility for the production. One problem we had was that the voices of Biff and Happy, in their major bedroom scene, were being lost into the stage ceiling due to their height and position. I decided to install a microphone in the ceiling and amplify their voices – this worked beautifully. We did hire the original sound effect music used in the 1949 Broadway production but there were no sound cues in any of the scripts I could find or with the CD and I virtually had to make a guess where to set the cues. (Perhaps Arthur Miller had done this intentionally.) But one by one we resolved issues such as these and we were in full “production mode” a week before our final dress rehearsal.

In my forty years in theatre this was one of the highlights for me. I have a passion for this play and the text. I was moved by the final confrontation scene between Willy and Biff and on some nights moved to tears. The level of performance from all of the actors was consistent every night and I found the play realistic and dynamic. This is a “Time play”, things are happening in “real time” and also in “flashback” in Willy’s mind.  Willy’s deceased brother, Uncle Ben, is a great character in the play. Willy asks his older brother questions trying to find answers to things that have troubled him in the past. Willy remembers when Biff discovers him with “The Woman” and the traumatic effect this has on Biff. These powerful moments have to be played with tremendous feeling and emotion. It is important for directors to make sure that the cast have a complete understanding of the text and that during the flashbacks anything can happen – such as walking through imaginary walls. We spent a lot of time talking about the characters. There has to be a change of characterisation, costume and energy level during the flashbacks. This attention to detail is vital to the success of the production. 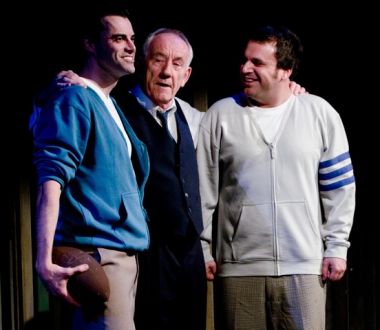 This heavy drama was not everyone’s “cup of tea” but for those who appreciate the theatre it was an experience they will never forget. I only missed one performance in the season and I never tired of the play. I remember a lady who sat quietly sobbing in the theatre long after the audience had left; such is the strength of this play. The play is about the “common man” struggling to be successful in his working and family life. Willy Loman is human, optimistic and full of flaws and contradictions. I think we were effective in presenting a quality classic play that made many of our audience members reflect on their own family relationships and the human spirit.

At the Victorian Drama League Awards Death of a Salesman scooped the pool; in the drama category we won – Best Production, Best Director, Best Actor (Barry O’Neill), Best Supporting Actor (Joe Dias), Best Lighting & Best Set (Graham McGuffie).  I thank everyone involved in Death of a Salesman right down to the ladies and gentlemen who poured the cups of tea at interval in the foyer. This production did take a lot out of me and it took almost a month to get over it - but I loved every minute of the experience. 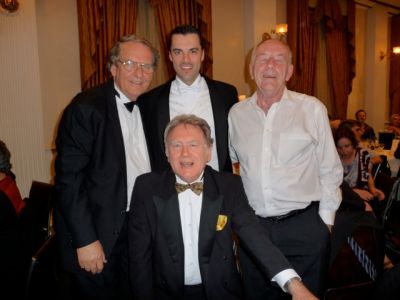 Death of a Salesman, The Athenaeum Theatre, Lilydale, June, 2011. 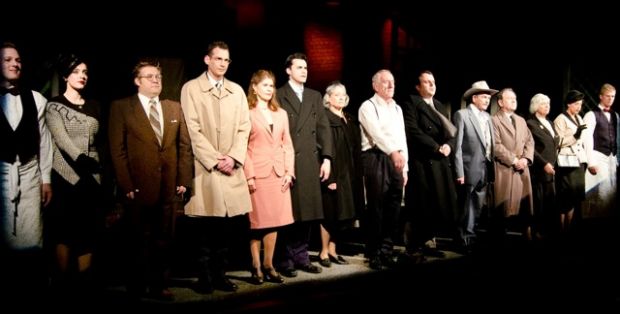 Originally published in the March / April 2012 edition of Stage whispers.