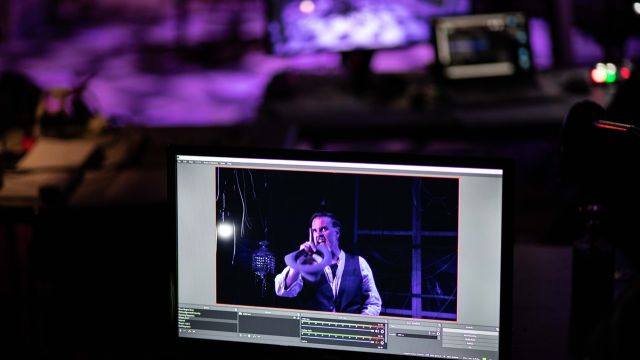 With two months watching a megafire fire creep towards our southern suburbs, while choking on thick, brown smoke rank with incinerated gum oils, followed by a massive hailstorm which ripped through the centre of town and took out thousands of cars, windows and ceilings, Canberra was already reeling. When my friend and I emerged from Breaking the Castle at The Street in early March, exhilarated and transported, neither we nor The Street had any clue what was about to hit the theatre scene all across Australia. Within days of the show closing, Australia locked down across the country, throwing theatres into crisis. Canberra-based independent community theatre The Street found itself having to adapt very quickly.

“I have to say when I think about March to June, it’s a blur of experience and feelings, because everything moved so quickly, so many decisions had to be made,” says The Street’s Artistic Director and CEO, Caroline Stacey. While it has been nothing short of an “existential crisis”, Ms Stacey says that they treated moving into the online space as an “adventure”, and that the possibility for increased reach beyond Canberra has been “very exciting”.

“We had included COVID-19 in as an issue in a board meeting as early as February, nobody at that board meeting could have foreseen what happened, and what happened so rapidly,” said Ms Stacey. “We had the comedy festival programmed and ready to go, but it was very clear by Friday 13th March that it was not going to happen.” The Street worked very quickly over that weekend on cancellations and by Saturday 14th March, The Street was shut down.

The Street board had already committed to producing St Nicholas which had been planned by wife and husband team Shelley Higgs and Craig Alexander. Higgs and Alexander had originally planned to tour the show, but this obviously had to be shelved, so they decided to commit to it being entirely online, and with that, explore what it meant to have live theatre in the digital space. “It crystalised for me the possibility of liveness. Because it wasn’t just about recording it,” says Ms Stacey. “It was ephemeral, you couldn’t access it afterwards. We literally decided it’s going to harness both the language of live performance but also filmic performance to make something entirely new.” The camera itself became part of the performance, with cameraman Liam Budge drawing on his experience as a musician and jazz performer to work with and improvise movement and shots in response to performer Alexander’s lead. The show was hugely successful and was praised highly by critics for that exploration of the possibilities of online space. 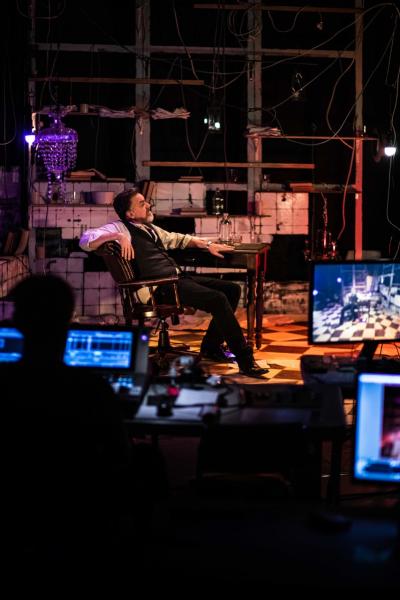 Turning to the rest of work for the year, and in response to the lockdown in Melbourne, The Street board decided against risking any further big, expensive productions, but realised that their early play development workshop program First Seen would adapt to a Zoom setting. With the performers physically remote in their own space, this work culminated in performances which became something more than a reading by inviting real time audience commentary and critique in the chat box, a real-time dialogue which would be used to tune the work. The First Seen writers have found the experience has challenged, enlightened and to some extent frustrated. Novelist Nigel Featherstone, whose play The Story of Oars was produced by First Seen, said the process had had a profound effect. “Despite having spent most of my life writing for the page, the theatre – both as a writer and an audience member – has become very important to me. I adore the collaborative side of writing for the stage, and I miss it terribly. […] If anything, COVID-19 has made me want to write more for the theatre. In terms of lessons, one is to trust in strength and tenacity.”

Helen Machalias, author of new work Barren Ground, which melds Shakespeare’s The Tempest with a story of asylum seekers imprisoned on Christmas Island, had to change approach slightly because it was ”harder to pick up the nuances and energy of the room in the virtual. That has meant [I] need to work even more closely with the team to ensure that we’re covering the territory that will best shape my work. […] I’m finding the chat function in our online sessions incredibly useful in capturing the gold that people will often say as an aside in conversation when in a physical rehearsal space.”

Dylan Van Den Berg, author of Milk, has found the process could be frustrating “Going forward, I don’t think I’ll ever take the joy of convening in the same space for granted! Shifting creative development online requires an honest appraisal of the limitations of working that way – Zoom fatigue is a real thing! If you’re working with sound, as we did with Milk, how do you ensure the integrity of the designer’s work isn’t lost in shoddy-connections or Zoom’s anti-background noise setting?” But he also acknowledges some advantages to the online setting: “The proliferation of online performances has been met with derision by some who claim they don’t reflect the experience of “real” theatre, but for many who live with illness or disability, or who live in remote or regional areas, this period has opened up opportunities for them to engage with creative work in their own spaces. This can only be a good thing.” 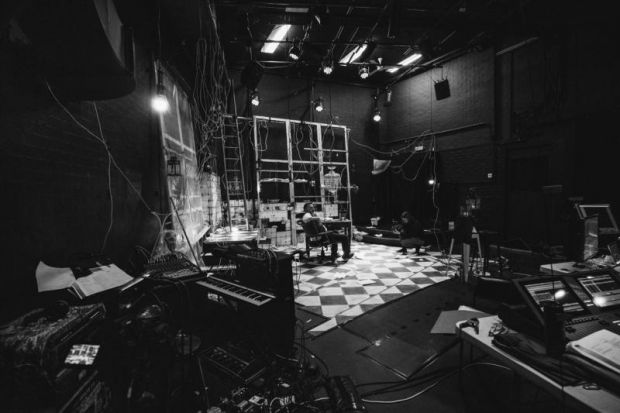 Caroline Stacey also spoke of the benefits of extended reach. “Canberra’s always been a very difficult base to create work and move work to other places from,” said Ms Stacey. “But actually, through COVID-19 we’ve been able to amplify our reach and have conversation with both artists and audiences at different levels. It’s a complete game changer in terms of how we share our work.”

Having noticed that the community had gone into virtual shellshock and massive anxiety, The Street made the decision to support and nurture the local creative community through their programs Inter-Play, Early Phase and a mental health and wellbeing program for artists sponsored by ACT Health. Inter-Play came about in late March. “There was a lot of anxiety, fear and disconnection,” says Ms Stacey. “Artists in this community didn’t want to have to drive anything themselves. […] It was as if they’d had the wind taken out of them.” Inter-Play was conceived to be a very casual, no obligation space to discuss the “massive existential crisis” that COVID-19 had thrown the field into. As a series of sessions facilitated by theatre artist Barb Barnet, held online via Zoom and open to Canberra-area creatives of any kind, Inter-Play is a way to provide both professional and personal development while maintaining connection. “We’re just here to hold our community close,” said Ms Stacey.

The Street is using this time to nurture and develop a solid body of new work that responds to the post-COVID-19 environment. They’re about to announce two playwrighting commissions, one musical theatre commission. “The view is to generating work that will be a significant marker of this time.” They’ve also announced six artist $5000 grants under their Early Phase program. “It’s is very much taking that glimmer of an idea or feeling or hunch and moving it to concept, treatment stage, within the parameters of The Street,” says Ms Stacey. 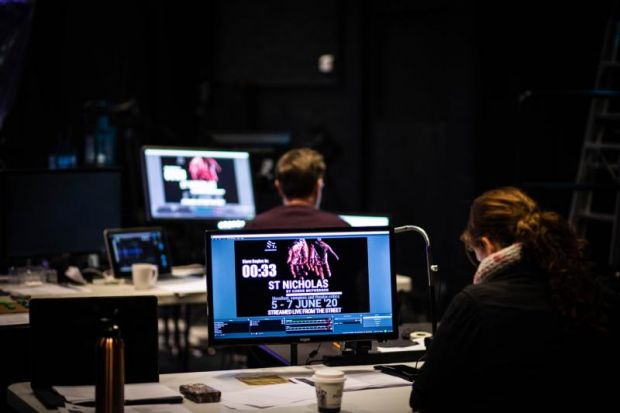 The Street has not remained been completely online, opening for small performances within Canberra’s Stage 3 lockdown rules. Ms Stacey explains: “When we did our first live performance with a musical group called Baby Et Lulu, everyone in that audience and on stage was in tears. It’s hard to explain just how moving and profound it was to just remember that [live performance and in-person connection] is so fundamentally human.”

Images from the prodution of St Nicholas.

The University of Adelaide Theatre Guild can boast many milestones in its long histor ...

Thespians are flying the flag in the most remote parts of Australia. To celebrate the resilience of community the ...
Copyright © 2013 - 2021 Stage Whispers. All Rights Reserved. Terms & Conditions