Dean Carey: Acting at Your Peak 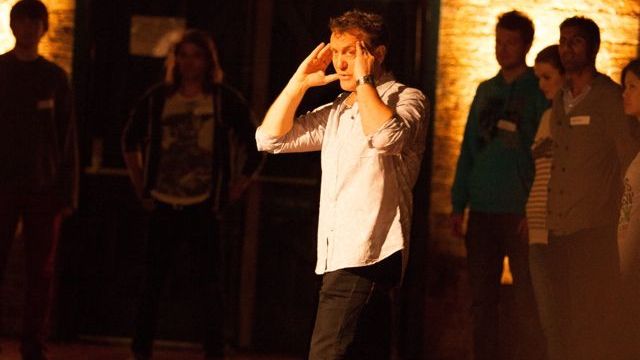 In an extract from The Acting Edge, Dean Carey, the Creative Director of Actors Centre Australia, reveals his tips for actors to take off during a performance.
Two things, fundamentally, fuel acting: the actor’s attention and intention.
I define attention as whatever your energetic field is encompassing: what or who is on your radar and within your field of focus. It could be the book you are holding, the person who sits across the dinner table from you, the people surrounding you in the doctor’s surgery waiting room or a combination of a number of elements. It can also be invisible to the eye. When observing someone lost or deep in thought, even though this person sits on the couch in your lounge room, it is clear their energetic field is encompassing something far off and unseen.
Watch a man staring at the screen of his cell phone and even though he is physically at the bus stop, his multitude of thoughts are miles away – 3,578 miles to be exact, as his new girlfriend is away overseas. A small percentage of his energy waits for the approaching bus, the majority of it is beaming across the world, alert, exposed and ever-present.
Now – intention. To zero in on intention ask this simple question: “What can I learn or lose within my field of focus?” Will what’s on my radar screen help or hinder me? The golden rule of acting then kicks in: if it’s good for you, want more of it. If it’s bad for you, run from it, hide from it, deny it, destroy it or change it.
With your attention chosen and intention loaded, the actor then needs to let go and surrender to the journey as it unfolds through words and action. The man at the bus stop has .2% of his energy locked on the bus and 99.8% locked on his distant girlfriend. He sends a simple text, “Hey – what’s happening?” but with the intention: Do you miss me? Do you care for me as I do for you? If so, why haven’t you called?
In acting terms, this may sound simple, and it is. The tricky part about things that are easy to do is that they are just as easy not to do.
So – lock and load: energetically lock on and encompass what’s on your radar – be 100% present whilst giving each component the attention it both deserves and demands. Then, load your intention: from there allow the golden rule to guide you: if you’re getting what you want, want more of it. If you’re getting what you don’t want, work to change it. 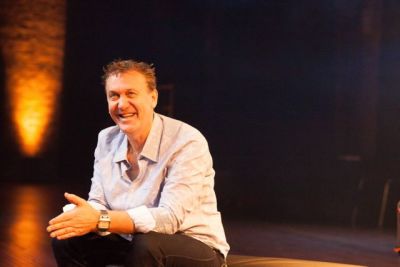 Getting ‘in state’:
Actors then need to get ‘in state’ in order for this process to work effectively - i.e. in a state of readiness in every way required for acute reception and transmission of energy.

When I’m ‘on’ as an actor, teacher or director, I feel available, present, eager, free, brave, sturdy, flexible, instinctive, responsive, alert. What are the words for you that describe you ‘on’ and in state? Once this moves into your muscle memory you’ll be able to step into your peak state on command for an audition, a screentest, the first run of the play, a preview, or opening night. It doesn’t mean there isn’t some trepidation. There most often (always) is, particularly the higher the stakes. But it means you can ‘be’ with that whilst being in command of all you need to do. Therein lies one of the skills of the actor, self-management: choosing what you wish to focus on.
Look at what triggers move you into your peak state and also which triggers move you out of state. As with all things, we want to build on our strengths and manage well our weaknesses.