The Holy Grail of Acting Lessons. 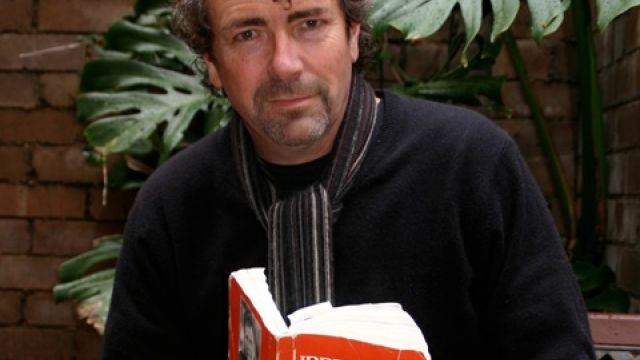 John O’Hare has been Artistic Director and Head of Acting at the Actors College of Theatre and Television (ACTT) for the last six years. He says an ‘irreverent’ style of acting lessons at the college has produced surprising and gratifying results.

John is also a professional actor and Co-artistic Director of O’Punksky‘s Theatre Company.

Prior to joining ACTT John O’Hare was on a personal mission to create a comprehensive system for actor training that “can build a robust actor with security of process,” which he could effectively communicate to student actors.

He found many useful exercises but nothing comprehensive until 1994, when “by providence” he was sharing a house with American acting guru Leonard Meenach, who at the time was Head of Acting at California State University. Meenach handed him the book ‘Irreverent Acting’ by Eric Morris

“And I devoured it that night, cover to cover, realising I had found my Holy Grail. … That year I tested the process in practical situations in different colleges and universities across the country.”

To summarise the approach – Eric Morris believes that it is virtually impossible for an actor to learn or execute a process of acting without first eliminating the blocks, tension, fears, inhibitions, and other obstacles to expression.

“Working at ACTT I exposed the class, which included Firass Dirani, the actor famous for his role as John Ibrahim in Underbelly: the Golden Mile (and winner of two 2011 Logie Awards) to the Eric Morris system. The students were so enthusiastic that, when offered the role of Head of Acting and Artistic Director at ACTT, I developed it into a complete actor training process.”

The ACTT System combines in-depth ‘instrument’ training based on the Morris system, with strong physicality and voice training. 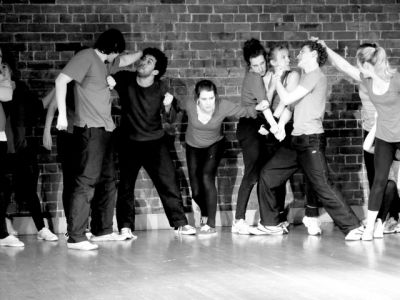 Students are taken through exercises that allow the actor to engage with the creative process more openly.

“The age old acting adage is ‘talent is innate and cannot be taught’ and even The Method assumes this to some degree, but the Morris system assumes that everybody has talent and there is a clear process that anyone can use, if they have the desire and commitment to work. This process leads actors towards a ‘Being’ state, where one is affected by internal and external stimuli and responds to this by expressing true feelings, moment by moment. It allows the greatest number of personality facets and characteristics to be accessed by actors, as creative artists”.

He also discovered that personal blocks to the creative process are often caused by “functioning above tension” and when Morris is combined with strong physical training, achieved through Meyerhold Biomechanics, students can flourish and become incredibly creative, strong and highly professional actors.

Unlike young children, most people as they grow up become dulled to the everyday stimuli around them. By concentrating on these smaller stimuli, actors tune in to all their senses. By repeatedly asking themselves how they feel about the things around them actors develop a comprehensive portfolio of feelings and build increased ability to respond-to and express all their impulses without making cognitive decisions, and then apply this to their craft.

Ensemble acting is achieved ultimately by trust. Major blocks to trust between actors are fears of being either too personal or too private, or even too visible. In an intimate share with a partner, actors verbalise their inner feelings about their lives, situations and circumstances. As they go deeper they build trust in each other and in themselves. They use this in their craft to become impulsively available to each other on a second-by-second basis.