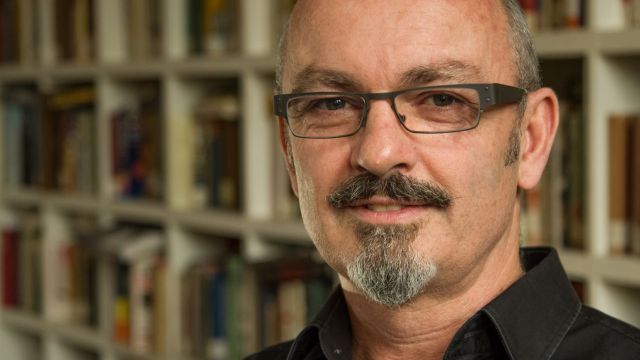 Australia’s National Institute of Dramatic Art has announced John Bashford as the new Head of Acting following a global search for this pivotal role.

A NIDA graduate with extensive industry and teaching experience, John is currently the Associate Principal of the London Academy of Music and Dramatic Art (LAMDA) where he teaches acting and directing at undergraduate and graduate levels. He is also a successful and active playwright whose work includes two new plays currently in development.

John graduated from NIDA with a Post Graduate Diploma in Directing and has directed and written for theatre companies around Australia, including as Artistic Director of Warehouse Theatre Company. In the UK he continued to build his directing career working with Sir Peter Hall and a variety of companies on international and national tours and in the West End.

John has over 20 years teaching experience in practice-based environments and played a central role in developing LAMDA's MA in Directing and MA in Classical Acting. Throughout his career he has been involved with the training of some of the world’s leading actors, including Benedict Cumberbatch, Chewitel Ejifor and Richard Armitage. His specialist areas include Shakespeare's verse, text analysis and contemporary plays.

John has also delivered masterclasses at The National School of Drama in New Delhi, Ranga Shankara Theatre in Bangalore, The Film and Television Institute of India, Flame University in Pune and the Kobe Arts Network, Japan. He is active in the international arts community and has delivered conference papers exploring industry and academic collaboration in the development of new writing.

John says that he is honoured to be appointed Head of Acting at NIDA.

‘What I hope I can offer actors through their training is an opportunity to be challenged in their choices and nurtured in developing their own process, enabling them to fulfil their potential as artists and build sustainable careers,’ commented Mr Bashford.

‘John’s vision for actor training within a conservatoire setting and his focus on new forms of collaborative theatre-making will provide pivotal leadership for our highly skilled and committed Acting department,’ commented Ms Williams.

‘He joins us at an important time in NIDA’s evolution. We are implementing a new and innovative program of undergraduate and graduate courses to meet the needs of contemporary arts and culture, and will launch our new Graduate School in December.

‘John brings a formidable list of accomplishments in theatre education and training, and his extensive international experience in curriculum design and implementation will help us ensure NIDA’s courses continue to deliver outstanding graduates for a global industry. His international education and training networks and collaborations will also be a valuable addition for NIDA and our students.

‘John shares NIDA’s vision for cultivating artists and practitioners able to respond to a broad range of opportunities and who will go on to be future leaders of the arts and cultural industries. I look forward to working with him and the Acting department as we build on the achievements of the previous Head of Acting, Jeff Janisheski. We are extremely fortunate to welcome John to NIDA.’