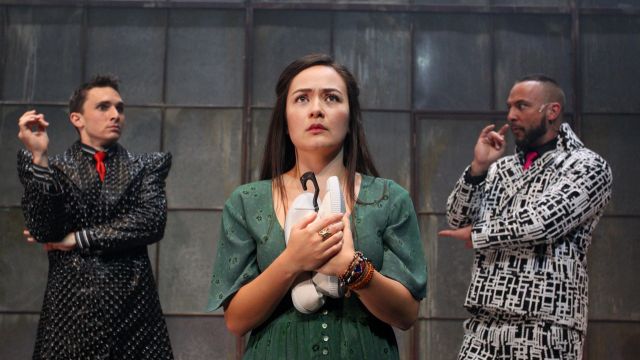 Sharpen your senses and prepare yourself for the National Institute of Dramatic Art’s annual June production season, featuring the next generation of Australia’s actors, circus artists and creative professionals! From 7–19 June, NIDA’s undergraduate and Master of Fine Arts (MFA) (Design for Performance) students, together with students from the National Institute of Circus Art (NICA), will showcase their exceptional talents to the public in five ambitious and unforgettable play productions.

With various directorial expertise, this upcoming June production season – the first for NIDA Director/CEO, Kate Cherry – comprises captivating productions that are thought-provoking and will awaken the senses.

‘This is what great theatre is all about – compelling, passionate, forceful visions all bumping up against each other, all in the same brilliant season! Two plays are directed by internationally-acclaimed artists: NIDA’s own award-winning actress and director, Judy Davis, and the brilliant Icelandic director, Professor Egill Heiðar Anton Pálsson. The remaining three plays are driven by extremely talented directors – two recent NIDA graduates and one graduand who is already showing great gift as a visionary director with a unique voice. These directors are unique, authentic and uncompromising, and so is the season,’ said Ms Cherry.

The season kicks off with the premiere of Salem, an original play created by NIDA Master of Fine Arts graduands Madeleine Humphreys (Directing) and Emme Hoy (Writing for Performance). Set in a town seething with resentment, fear and grief, Salem is an exploration of the human beneath the circus of media, politics and manipulation, and asks what we need to do next when two grand ideological stands aren’t enough to save us.

‘Just as Arthur Miller’s The Crucible is a reaction to McCarthyism, Salem is a reaction to the politics of our time: politics of terror, anti-terror; migration, demonisation and dangerously influential and charismatic leaders. It’s also a response to The Crucible itself – a play which pivots around ideas of salvation and truthfulness – and one man’s potential to take a stand: to use his voice to make a difference. Salem attempts to destabilise that idea – if Trump’s taught us anything, it’s that the man standing boldly up for ‘the underdog’ and the ‘truth’ isn’t necessarily a saviour – and that rhetoric and politics can’t necessarily counter hateful ideology, only further obscure the issue at hand,’ commented Ms Hoy. 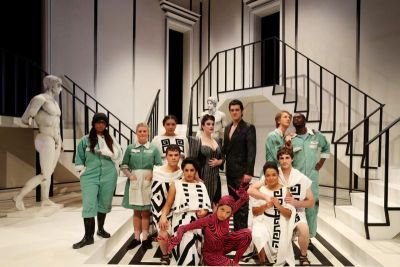 ‘Salem attempts to find the human stories beneath the speeches and the people under the politics; it unearths and invents new voices and attempts to reveal the private moments hidden by the public facade. More than anything, Salem was inspired by the voices that Madeleine and I thought were concealed beneath the roar of ideology – the marginalised voices and stories lost in the crowd.’

Directing a major NIDA play production is a rare accomplishment for a director who has just completed their studies, but Ms Humphreys is proving she is a force to be reckoned with.

‘I am so honoured to be directing a show at NIDA so soon after finishing. Having always been interested in integrated film within theatre throughout my studies, it is an amazing opportunity for me to continue developing this artistic expression. And I believe working with NIDA to create Salem is the best combination, as the production students are so dedicated and excited to experiment with new theatre technology,’ added Ms Humphreys, who is currently attending a month-long Artistic Residency at the Russian University of Theatre Arts (GITIS).

The season continues with the comedy-ballet The Hypochondriac, by French playwright and actor, Molière. Directed by NIDA graduate Constantine Costi, together with his brother Michael Costi as the show’s dramaturg, the dark comedic play follows a severe hypochondriac who is trying to marry off his daughter to a doctor against her will, just so he can have a doctor in the family. Mr Costi will uphold this genre and make the old feel fresh again; there will be songs, music and choreography – an entertaining spectacle with a dark edge! It's going to be a fun, raucous night of farce with a colourful set and gorgeous chic costumes.

Dennis Kelly’s Love and Money – directed by NIDA Acting graduate and critically acclaimed actress, Judy Davis – is no simple love story. What starts out as modern tale of love between David and a French lady, Sandrine, turns out to be a story about the relationship between David and his wife, Jess. Told backwards from David describing Jess’ murder to Jess describing David’s proposal, the play is a story about debt and desire – an examination of how love is completely destroyed by materialism. 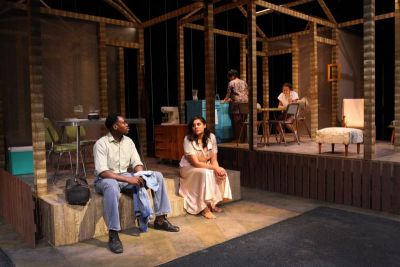 Recent NIDA Directing graduate, Priscilla Jackman, returns to spearhead a timeless and universal tale of love, loss, faith and surrender – Eurydike + Orpheus. Inspired by ancient Greek mythology, this new adaptation is conceived and directed by Ms Jackman, with words by Jane Montgomery Griffiths and circus direction by Zebastian Hunter. Enhanced by state of the art twenty-first century technologies, Eurydike + Orpheus is an ambitious theatrical effusion which for the first time ever, brings together performers from NIDA and NICA. In this reworking of the ageless myth, Eurydike is positioned as an equal protagonist to her Orpheus, as the star-crossed lovers traverse the realms of human existence – from the land of mortals to the hallowed halls of Hades’ hell – fighting for their lives, in order to preserve their eternal love.

Completing the season is a play by German modernist playwright, Bertolt Brecht. Written at the end of World War II, The Caucasian Chalk Circle was very much influenced by current events and Brecht’s own perceptions of the world. However, his story also draws on other pieces of literature – the biblical story of the Judgment of Solomon and an anonymous play written in China in the 13th or 14th century called The Chalk Circle. Both tell a story of two women who both claim to be the mother of the same child. In the end, the truth is revealed and the real mothers – who are both kind and gentle – get their children back. Directed by Prof Egill Heiðar Anton Pálsson, The Caucasian Chalk Circle presents a different scenario that puts forth a more difficult decision – the real mother is selfish and abandons her son. The adoptive mother is kind and cares for the boy when the real mother leaves him behind. So who should get to keep the boy in this case?

Conceived and directed by Priscilla Jackman

Images from 2016 productions (from top) - The Space Between the Fuel and the Fire; A Midsummer Night's Dream and The Season at Sarsparilla.