Spectrum: All The Colours Of Dance 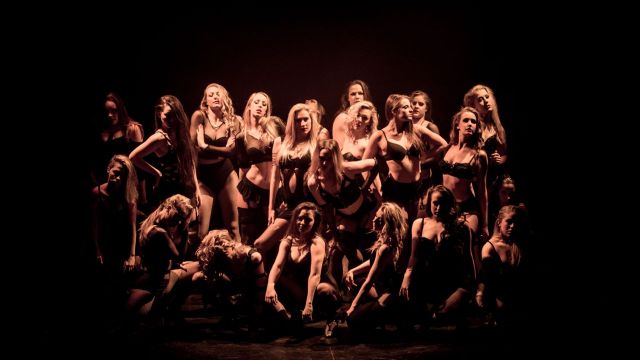 After 15 years of travelling the world, dancer Trish Squire-Rogers was faced with the inevitable dilemma of every professional dancer. “Do I keep the false eyelashes and tights going until they fall apart, along with my body, or do I look for the new beginning, the next phase of my life?” For many professional dancers that means a dancing school of some kind, a chance to pass on your skills to others. For Trish, those skills were considerable. Trained by the great Tony Bartuccio, she built a career choreographing major events and television shows, so it was hard to let go.

“I was back in Melbourne between tours and I was teaching some casual hip hop classes,” she tells me. Hip hop is a far cry from all of her dance training and technique, but Trish was interested in urban dancing and could see it was the future. “This was more than ten years ago,” she explains, “and I turned up to teach this casual class. I was dressed accordingly over my leotard…tracky daks, hoodie, woollen hat pulled right down over my forehead. I burst into this dance studio, like some ‘Boyz from the Hood’ ready to rumble…..and there were all these tiny tots in tutus having a ballet class. Some screamed, some hid behind the teacher…I terrified them. Their teacher said, “I think you want the dance studio next door.” 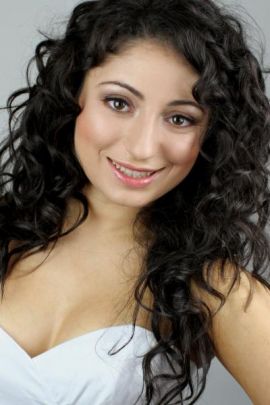 Trish can laugh at it now, but it was an embarrassing moment.

It might have stayed just that except….Jump forward TWO YEARS … Trish was choreographing the dancers at Crown Casino for a special event when she met the blonde dance teacher whose class she had invaded. The two were able to laugh about what had happened and quickly discovered they had a lot in common.

Katie Rappel had also danced overseas and in major Australian productions including “Dream Girls” and World Expo ‘88. Both had a connection to Tony Bartuccio, and both were interested in covering the full spectrum of dance, but at a professional level.

Katie and her husband had started “Crazy Feet” Dance Academy and had a purpose built dance studio building. Trish had registered the business name “Spectrum Dance”.

It was inevitable that Trish would call Katie and ask, “Do you want to have coffee? I’ve got something to talk to you about.” That coffee turned into a business meeting and that, in turn, led to Spectrum Dance being formulated.

“It was uncanny,” Trish recalls. “We were on exactly the same wavelength. In just 45 minutes we had mapped out a mission statement, a curriculum and a business plan. I know some people spend years fathoming those things out, but everything clicked for us. One thing we agreed on - this wasn’t for ‘hobby’ dancers - though we totally appreciate their needs.”

“We wanted an academy that turned out professional dancers who could do any style. I was doing so much choreography for events and often I had to find different dancers because they were locked into certain styles. Katie and I agreed we would find the best teachers available, including ourselves, and cover every conceivable style of dance. That meant a calculated risk, because we needed dancers who were open to learning all kinds of styles that weren’t initially on their radar….and it also meant that it wasn’t a case of who could pay for a course. If we wanted to make good dancers into GREAT dancers, we needed to take those with the greatest potential, and that meant a stringent audition process.” 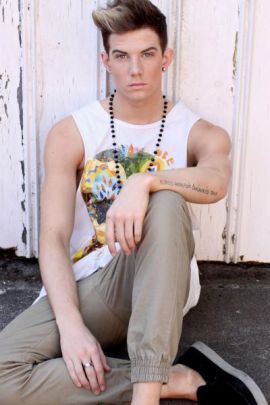 They needn’t have worried about the risk. Now in its eighth year, Spectrum Dance has perfected its curriculum and its commitment to triple threat performers, not just all-round dancers….there are drama classes, a music theatre course and even a talent agency which 80% of graduates go on to join.

Not only do dancers learn their craft, but there’s someone there to help them get work. Trish runs the agency and one of the most sought after gigs is with the Melbourne Storm cheerleaders, whom Trish choreographs. They also have dancers working on three major cruise lines, in shows across the country and overseas, and for major corporate events.

They have, as planned, garnered some of the best teachers and choreographers they could find, including the highly sought after Stephen Wheat who has appeared in such shows as Legally Blonde, Shout and Dusty; Yvette Lee – renowned choreographer in all facets of the entertainment industry including So You Think You Can Dance, Moonshadow and Rock of Ages; and Kim Adam, co-founder of Collaboration the Project and one of Melbourne’s best dancers and choreographers. All of the teachers have had impressive professional careers and it makes sense that if you want to be the best, you learn from the best.

As Trish says, “Some things are just meant to be. Who knows what would have happened if I hadn’t gatecrashed that tiny tots ballet class.”