The Anniversary at Marloo Theatre 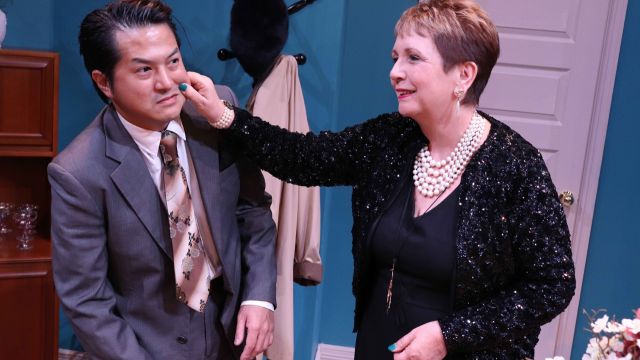 The Anniversary, a black comedy where a mother binds her three sons to her with gifts, threats and ruthless exploitation of their weaknesses, is the April / May 2018 production at MARLOO Theatre (WA).

Written by Bill MacIlwraith and directed by Rob Warner, the show sees revolt in the air as they come to celebrate their parents’ wedding anniversary (despite dad being dead for years).

One son gathers the courage to tell his mother he’s taking his wife and family to Canada while another breaks the news of his impending marriage – but is it enough to stop their mother ruling the roost?

The Anniversary was adapted into a 1968 film with Bette Davis in the central mother role.

“The suggestion for the play came from my wife Jacqui, who plays the mother in this production,” Warner said.

“I really enjoyed reading i 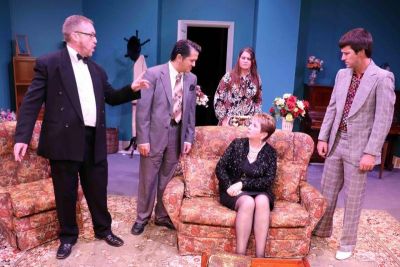 Joining Marloo Theatre in 1993, initially just to keep an eye on his kids, Warner has been involved ever since and has spent the past 12 years as president.

t and realised the show would be suitable for the Marloo Theatre stage.

“It’s set the in the 1960s, which is an era I like, while the toxic relationship between the mum and her sons makes it an interesting and challenging play to direct.”

Warner made his directing debut with The Foreigner at Marloo Theatre in 2016, picking up the Yvonne Lynch Breakthrough Award, David Crewes Award for best set and nominations for best director and best play, at the annual Finley Awards.

More recently, he directed Wife After Death for Serial Productions.

“Although The Anniversary is a dark comedy, the challenge is to make it believable and the relationships real, rather than playing it for laughs,” Warner said.

Marloo Theatre is at 20 Marloo Road, Greenmount (off Innamincka Road).