Contemporary Romeo and Juliet at Limelight. 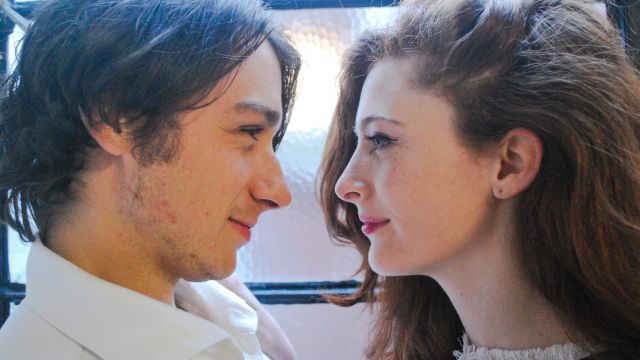 TWO star-crossed lovers come together despite constant opposition from their warring families in Limelight Theatre’s September / October 2018 production, described as “the greatest love story ever told”.

Directed by Peter Clark, Romeo and Juliet was first performed 424 years ago and is one of the most popular Shakespeare plays performed today – but it’s the first time Shakespeare has been performed at Limelight Theatre (WA) in its 45-year history.

Street brawls, a masquerade, hope and the best laid schemes of the well-intentioned lead to an inevitable and tragic conclusion in the immortal love story.

Clark said he had gone for a contemporary take on the Shakespeare classic.

“This is to ensure the production is easily accessible for the audience – for both first-time Shakespeareans and the experienced – so they have the ability to relate and feel for the characters as the story unfolds,” he said.

“Our production designer has designed and produced a wonderful set and staging for the show. “The overall look and feel of the production is also assisted with very specific lighting effects, music, film and costume.

“I was trained to believe that Shakespeare was written for all and should never be perceived as boring or dated – my approach to this production provides all the necessary ingredients to ensure it is not.

“It’s a two-hour production that packs a punch without losing the core integrity of the script and central themes around love.”

Before coming to Perth in 2000, Clark trained as an actor in London and worked for several theatre companies, including one season with the Royal Shakespeare Company.

Over the past 17 years, he has performed and directed shows with the Blue Room Theatre, Graduate Dramatic Society, Rechabites Hall, The Bakery, Playlovers and Class Act, Old Mill, Garrick, KADS, Stirling, Limelight, Melville and Marloo Theatres, as well as his own company Lawson Productions.

In 2013, Clark received gongs for best director and musical at the annual Finley Awards for his production of The Producers, adding to numerous other best actor and director awards.

“I have performed in Romeo and Juliet professionally in the UK as both Romeo and Benvolio and, even though I’ve directed a handful of Shakespeare productions over the past 15 years, Romeo and Juliet remained untouched!” he said.

“I was keen to direct a show at Limelight Theatre and when I found out they have never performed a Shakespeare production in the 45 years since they were established, the stars aligned.

“As per previous Shakespeare productions I have directed, time is often the challenge.

“With a standard play, you would allocate a traditional rehearsal period, block the movement, fine tune the show, work on the technical requirements and perform the show. “But with Shakespeare you have to spend a lot of time ensuring the actors understand what they’re saying, how to say it and guarantee the delivery results in a comprehensive and enjoyable experience for the audience.”