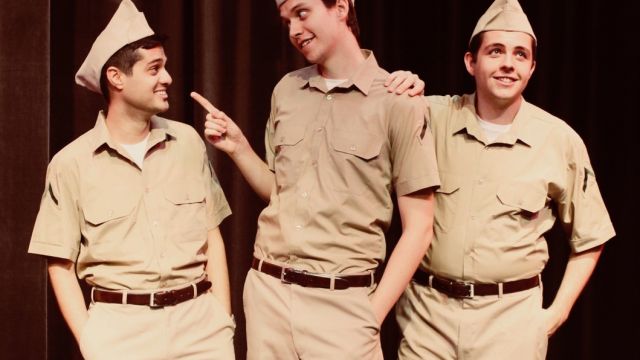 “That’s a musical? Why would you want to direct that?”

As a director who prefers the dark and twisty side of musical theatre, these are two questions I’m very familiar with. These questions are often asked by people whose knowledge of musical theatre is limited to musical comedies, and are almost always followed by the statement, “well I won’t be seeing that, it sounds too serious for me.”

My response in these conversations is always the same. Musical theatre is at its best when it’s telling human stories and exploring important ideas.

Many shows have moved away from the musical comedy format to tell stories of real people in an honest, emotional and powerful way. These shows tend to replace the glitzy costumes, awe-inspiring sets, and technological wizardry with a focus on the characters’ stories. In many respects these newer musicals are simple realist plays which utilise the conventions of music and dance to enhance their meaning.

These shows are perfect for community theatre. They rarely require anything more than a static set and simple costumes, and subsequently, production teams don’t have to worry about how they can compete with the big budgets of extravagant professional shows. Shows that focus solely on the characters allow community theatre productions to compete with professional theatre in the one area where we are strongest, with our performers.

So when BTC asked me to direct Dogfight, I jumped at the opportunity. Not only would I have the opportunity to work with a beautifully crafted script, but I would also be able to work with some of community theatre’s best performers to develop a show that relates to our world today.

Dogfight does what new musicals are doing more and more these days – it presents us with real, everyday characters; characters whose feelings and circumstances are so relatable that we cannot help but see a small part of our life reflected back at us. 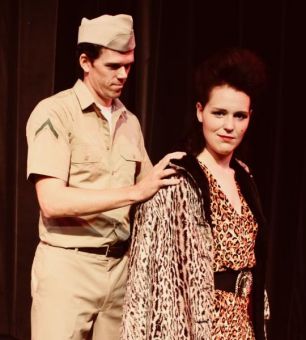 Dogfight isn’t about war or love, it’s about people. Using the eve of President Kennedy’s assassination and the Vietnam War as its backdrop, the show tells the simple story of Eddie and Rose, two characters from completely different worlds, who find themselves on an unexpected journey. Throughout this journey, the characters challenge each other and make life-changing discoveries that provide the audience with the opportunity to reflect on how, through compassion and understanding, we can each make a difference in each other’s lives.

Peter Duchan’s script explores his characters' stories to reveal their humanity; they both have flaws, both have weaknesses, both struggle to become better versions of themselves. While it is Duchan’s honest characterisation that makes audiences invest and believe in each character’s emotion, it is Pasek and Paul’s score that brings the pain and joy of each character to life. Through music and lyrics, Pasek and Paul are able to heighten the characters’ emotions and reveal to us their inner thoughts and feelings. The music stretches out past the fourth wall and brings the audience in. Rather than simply observing the characters, we join them on their journey, and suddenly we can sense their first-date anxiety, their heartbreak, their determination, their hope.

However, like all theatre, it is not until the characters are brought to life by the actors that the show reaches its full potential. Led by Stef Jemal (Eddie) and Tanya Boyle (Rose), the cast of BTC's Dogfight transports the audience to San Francisco, 1963, and they portray characters with honesty and truth. In doing so, they heighten the vulnerability and humanity of every character, thus allowing the beauty and relevance of Dogfight’s message to shine through.