Fiddler on the Roof at Rockdale 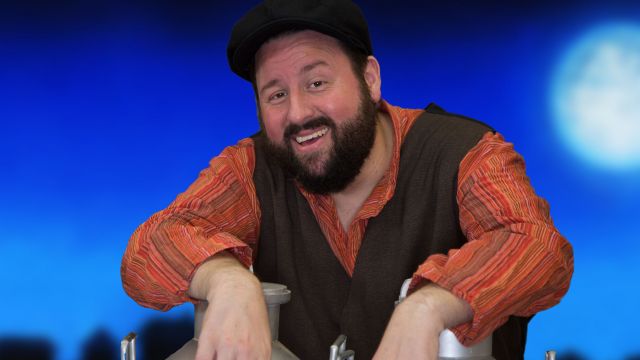 One of the world’s most loved, record-breaking Broadway shows returns to Sydney’s south in March when Rockdale Musical Society presents Fiddler on the Roof, starring award-winning Adam Scicluna as Tevye.

Fiddler on the Roof  became the first Broadway musical to play more than 3,000 performances, going on to hold the record for the longest running Broadway musical for more than 10 years. It will now will be on stage at the Rockdale Town Hall in March 2018 with a cast headed by multi-award-winning entertainer Adam Scicluna in the iconic lead role of Tevye, one of the great roles in the musical theatre repertoire.

Based on Sholom Aleichem’s Tevye and his Daughters, Fiddler on the Roof is the beautiful story of the small, traditional town of Anatevka, where Jews and Russians live in a delicate balance. Through the eyes of the endearingly philosophical Tevye - a father of five daughters (“Five… daughters!”) - we watch as he defends and then is forced to challenge the time-honoured traditions of his village. In a time riddled with conflict, we see his daughters grow up and fall in love and his community of loveable, colourful characters endure and adapt to a new world. Its famous songs include “If I Were a Rich Man”, “Tradition”, “L’Chaim (To Life)” and more…

Rich in historical and cultural detail, Fiddler On The Roof has touched audiences around the world with its humour, warmth and honesty. Its universal themes of tradition, love and the challenges of modernity cut across barriers of identity, class, nationality and religion, leaving audiences weeping tears of sadness, laughter and joy. 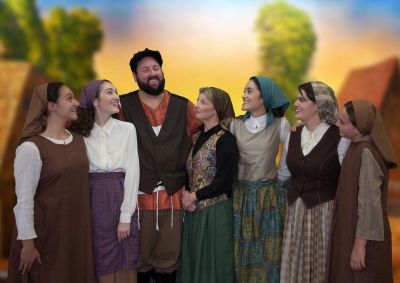 Directed by Colin & Bob Peet, with musical direction from Peter Sampson and choreography by Chris Bamford, the cast also features Charmaine Gibbs as Golde, Cathy Boyle as Yente the matchmaker, Paul Adderley as Lazar Wolf the butcher, Veronica Clavijo, Emilie Davila and Isabella McIntosh as Tevye’s three eldest daughters Tzeitel, Hodel and Chava, Adrian Espulso as Motel the tailor, Tyson Dinne as Perchik, Ana Lawford as Grandma Tzeitel, Neil Litchfield as the Constable, Greg Werner as Mordcha the innkeeper and dozens more performers in an all-singing, all-dancing ensemble that celebrates life in all its richness. L’Chaim!