Gold Coast Into the Woods goes into the Library 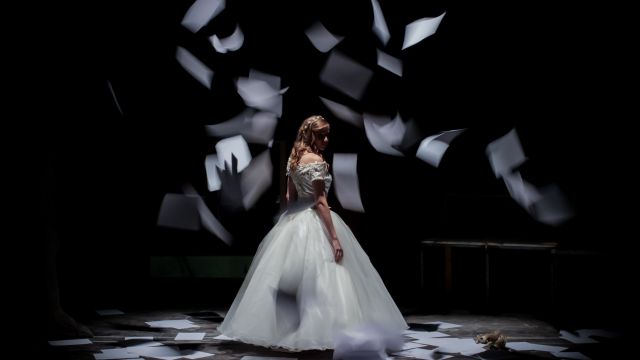 Into the Woods (music and lyrics by Stephen Sondheim and book by James Lapine) opens at the Gold Coast Little Theatre on 2 February, 2012, directed by Joshua McCann-Thomson with musical direction by Ethan Jones and choreography by Tess Burke.

“Into the Woods is one of those shows that music theatre nerds obsess over,” says young Gold Coast director Josh McCann-Thomson,” a big Sondheim fan.

“Directing Into the Woods has always been something that I wanted to do,” he says. “Its innovative way of portraying the fairy tales we all know and love, mixed with Sondheim’s music, makes me eager to jump in and embrace the challenge. I have always been a fan of Sondheim, after first discovering Sweeney Todd. There is no other composer that writes like he does - his clever lyrics and unique compositions really stand out in the music theatre world. "As a director, this is my first shot at tackling Sondheim, but the experience of playing Sweeney Todd in my high school production inspired me to take it on. I don't think I appreciated his genius back then, but have come to the conclusion through this creative process that it’s particularly difficult to prepare and rehearse a Sondheim show. But our job, as artists and as always, is to make it look easy.”

McCann-Thomson says his cast includes some of the Gold Coast and Brisbane’s best, “passionate, ruthless performers that not only push themselves, but help me put the pieces of the puzzle together.” “Into the Woods is a window into another world: a place where anything and everything can happen,” he says. “My vision for the show will push what we know about fairy tales, it will challenge our preconceptions on what it means to be happy. It will delve into extreme relationships, twisting and manipulating until you realise that we are not so different to the characters on stage. Set in an enchanted library, the stories of all these characters will open the eyes of audiences to a brand new taste of Into the Woods. This show is set for all ages, though please be aware it does showcase themes of death and magic - and the occasional true love’s kiss.” Speaking of his fellow creative team members, McCann-Thomson says that Musical Director Ethan Jones “has amazing rhythmical timing and a passion for this music which has energized our cast through the daunting sessions of learning Sondheim.” He is enjoying the creative process with choreographer Tess Burke, who he says has “great ability to realise my vision and translating it into physical expression. Especially in a fantastical show such as this, it is not only the voice that portrays story, but the physicality of each character. Tess is great at workshopping with me how each character will evolve on stage throughout the story.”

Into the Woods runs at the Gold Coast Little Theatre, 21a Scarborough Street, Southport from 2 February to 2 March 2013. Book with the GCLT Box Office on 5532 2096 or online at www.gclt.com.au