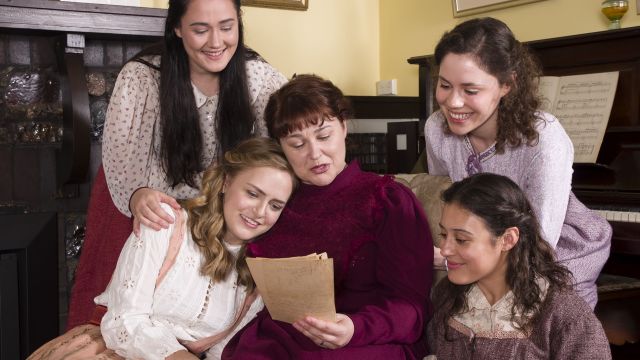 Louisa May Alcott's Civil War classic novel comes to life on stage in the musical Little Women from 20 to 28 April at The Independent Theatre, North Sydney.

It will be the first musical for Chatswood Musical Society since the company changed itsname to North Shore Theatre Company.

Little Women follows the lives of the adventurous and ambitious Jo March and her sisters Meg, Beth and Amy while their father is away fighting in the American Civil War. Jo’s love for writing and her fierce desire to be a world-renowned novelist powers the story as the women sing, dance and act their way through personal discovery, heartache and hope.

Director of Little Women for North Shore Theatre Company Jonathon Emmett says what drew him to the show is that “even though the original story was published nearly 150 years ago, Little Women still contains relatable characters and relationships, highlighting important themes about gender roles and individuality still so relevant today.”

"Some of our protagonist Jo March's biggest obstacles are the barriers and expectations in place for young women, and it is clear women in the 21st Century still face these challenges such as restrictions to career progression and inequalities in male-dominated fields.

“The biggest challenge of Little Women is that in a very short period of time our production needs to establish the March family unit and take each sister through their individual journeys – from Jo’s career ambition to Meg’s impending marriage to Amy’s rapid maturation to Beth’s illness – so that the audience invests in each journey. It’s a fantastic challenge!”