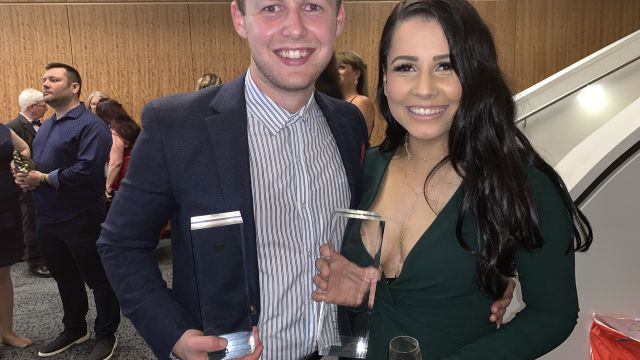 Centerstage Geelong also performed strongly in the Guild’s awards, taking out four awards for its seasons of We Will Rock You and 42nd Street.

PLOS Musical Productions’ season of The Phantom of the Opera picked up three awards.

CLOC picked up two awards for Strictly Ballroom and Jekyll and Hyde.

The entertainment during the award ceremony was outstanding. 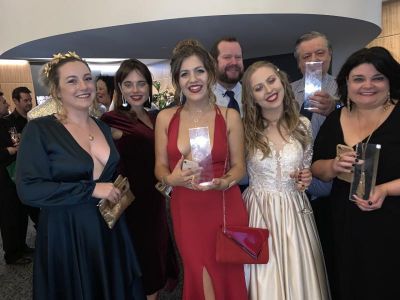 The standout was a performance by school students Henry Jaksetic and Will McGrath from Caufield Grammar of Dirty Rotten Scoundrels, which was side-splittingly funny.

Hats off to the Guild judges for attending more than 110 performances.

A few aspects of the night were curious. Why wasn’t the host company allowed to perform? Why didn’t the Guild showcase the amazing costumes of CLOC’s Strictly Ballroom during the evening?

How did MLOC win show of the year when the production only attracted mildly positive reviews?

Do judges take into account the degree of difficulty in mounting a new production when they assess the musicals? If not why not?

Images: Best Male (Jonathon Gardner) and Female Performer (Morgan Heynes) who played Galileo and Scaramouche in CenterStage Geelong’s production of We Will Rock You and MLOC award winners.

Nathan Firmin, The Phantom of The Opera, PLOS Musical Productions

Daniel Gosling, The Phantom of The Opera, PLOS Musical Productions

We Will Rock You, Windmill Theatre Company

Jonathon Gardner, Galileo, We Will Rock You, CenterStage Geelong

Morgan Heynes, Scaramouche, We Will Rock You, CenterStage Geelong

Female Performer in a Supporting Role

Junior Production of the Year