One Night One Day at Blak Yak 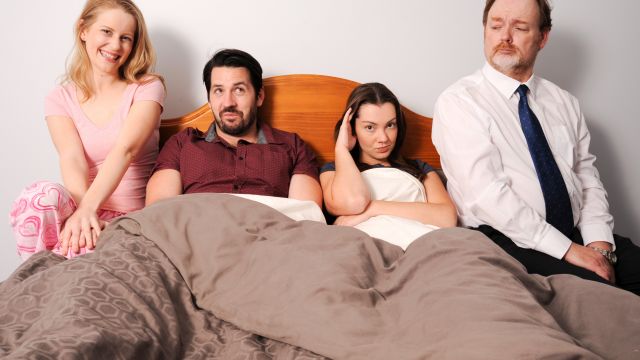 A comedy exploration of 21st century singles and social graces beds down at the Shenton Park Community Centre (WA) in August 2018, as part of Blak Yak Theatre’s latest offering.

Written by Perth playwright Martin Lindsay and directed by Dr Melissa Merchant, One Night One Day is a modern farce about the chances people take – and the regrets they have over chances they miss.

Greg and Rachel are both in their late 20s, feeling pressure from family and friends to find “the one” and, instead, find each other.

After a heavy night of drinking, they wake up in bed together with little memory of what happened the night before.

With the help of Bob and Jane, they try to piece together the details from the previous night.

“I’ve spent a lot of time recently researching theatre from the past and I really wanted to rejoin the 21st century,” Merchant said.

“Martin Lindsay’s plays are very funny and when I heard he was adapting his award-winning one-act play One Night Stand Off into a full-length play, I knew it would be something I’d want to direct.

“I also wanted to work with a small cast and have been so lucky to have such a wonderful and experienced group working on the play.”

She received a best actress award for her role in Insignificance in 2006 at the annual Garrick Theatre awards, as well as scoring a best actress nomination for No Names… No Pack Drill at the 2015 Milly Awards.

In 2006, Merchant directed a stage adaptation of the TV show Coupling, winner of best ensemble cast at the South West Drama Festival – and she was named best writer for her play Never Ever at the same festival in 2015.

She says the main challenge with One Night One Day is the logistics of the action, despite the set being deceptively simple.

“As with any farce, the timing of the action is crucial so, to work out the specifics, we had to rehearse in an actual bedroom,” Merchant said.

Please note: the play has adult themes, mild coarse language and the potential for nudity.