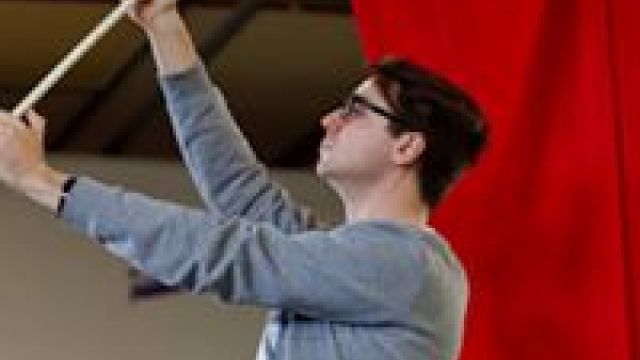 Their September / October 2018 performance will be Realism, a backstage comedy of nerves, by Australian playwright Paul Galloway.

The show is set in the summer of 1939 in a small Moscow theatre. A company of actors is rehearsing a play to commemorate Stalin’s 60th birthday. A famous footballer with no acting experience has been cast in the title role and the director has gone missing. The show must go on suddenly becomes an order that can’t be refused.

Chris O’Neil: How did you first become interested in Directing? What was your first play?

Sam Chappel: I had always been interested in it, but it was a bit of an accident. When I was 19, a friend of mine asked if I might be interested in directing a 10-minute play for a competition. It turned out to be a really rewarding experience. The show was about two middle-aged people trying online dating for the first time, and the author was actually quite concerned that I wouldn't have the life experience to do the show justice. In the end he was really happy with what I had done with the piece and I was hooked. A year later, Hartwell were generous enough to let me direct my first full-length play, Macbeth, and I've been doing it ever since.

Chris O’Neil: How would you describe your directing style? 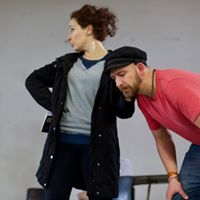 Sam Chappel: It's hard to say, because my style tends to change, play to play. Ultimately, though, I try to be an enabler. To come to grips with the script and help others connect with it, and give them the support they need to get the most out of it. I am always blown away by the talent around me - actors, crew, and other creatives - and really I just want to give them a chance to create something great and have a lot of fun doing it.

Chris O’Neil: What have been your major artistic influences? What are your favourite plays?

Sam Chappel: Theatre-wise I think my early influences were pretty standard, particularly for a school kid who loved reading and loved theatre. I was, however, really lucky to be born into a theatre family. I grew up on Gilbert and Sullivan, and was exposed to the huge variety of shows my family were involved in. I was caught up in everything from Shakespeare to Patrick White. Since then I've been lucky enough to be exposed to, and introduced to a lot of different playwrights and plays, and I'm currently fascinated with what seems to be a bit of an emergence in Australian theatre, with writers like Joanna Murray-Smith and Aidan Fennessy producing fascinating and challenging work. 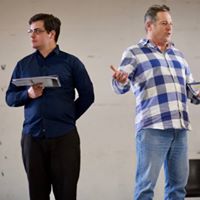 Chris O’Neil: What interested you about the play Realism? What's your vision for the play?

Sam Chappel: I was shown a copy of the script last year by my wonderful Assistant Director, James Martin. He had studied it at the National Theatre Drama School and adored the piece. As per usual, his recommendation was spot on.  I was fascinated by the fact that an Australian playwright, commissioned to write a play for the opening of the Sumner Theatre for Melbourne Theatre Company, would write something set in Russia, in the middle of the Stalinist purges. Until I read the script, I had never heard of Meyerhold, or his groundbreaking work in physical theatre, or his suppression by the authorities. Russia, in the early twenties, was a place incredibly accepting and liberal when it came to experimenting in the theatre and the arts. After the revolution, and the horrors of the civil war, finally stabilized, artists like Meyerhold, Eisenstein, Stanislavski and Shostakovich were given a license to broaden the meaning of art and to make art genuinely socialist, by bringing it out of the theatre and into the real world. And they did, with amazing effect. This blossom of creativity was stifled in the thirties though, as Stalin's regime sought to control all aspects of society, including art, but some artists, including Meyerhold, refused to submit. This context results in a fascinating play, where creative people are struggling to create something fulfilling, with the possibility of death looming over them at every turn.

Chris O’Neil: What do you hope people take away from the play? 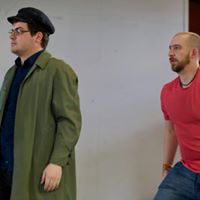 Sam Chappel: That's a tough one to answer, without giving away too many spoilers anyway. First and foremost, I'm hoping that people enjoy themselves. It is a comedy after all, despite the ominous setting. Other than that, I'm hoping that people might reflect on the importance of creativity, in the arts, or any other field, for society, which I think is particularly relevant today, when we live in a society increasingly divided politically, economically, and socially.  Creativity not only enables us to hold up a mirror to society, it also gives us a glimpse into the kind of society we might someday be able to build. After all, revolution doesn't always need to be bloody.

The season of Realism runs from September 28 to October 5 at Ashwood High School Performing Arts Centre.

Tickets are available via: https://www.trybooking.com/book/event?eid=382657