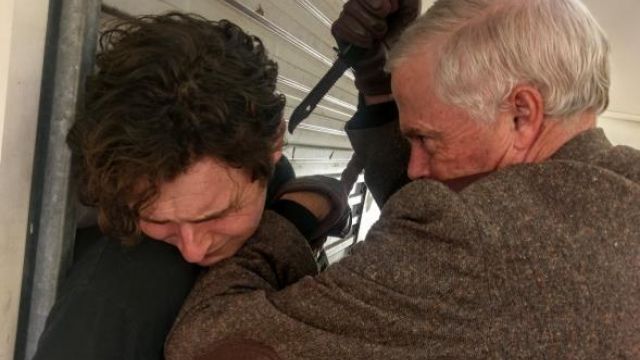 Hunters Hill Theatre (HHT) continue their 2018 season with Death Knell, a thriller set in the bitterly cold winter of the Scottish Highlands.

Henry Roth (played by Chris Clark) is a playwright who’s seen great success in his career and is desperately striving to get back to the heights of his fame. Like one of his plays Henry’s life is full of twists and intrigue, he met his younger wife Evelyn (Paula Searle) in unconventional circumstances and has his eye on Jack Willoughby (Ross Holohan) to be the muse for his latest play. What starts out as a seemingly innocent audition soon leads to an evening full of twists, turns and eventually . . . murder.

Director Jennifer Willison is a busy director on the Sydney Community Theatre scene, this is her 2nd time directing for HHT. Jennifer’s most recent production was The Winslow Boy for Castle Hill Players, and she directed A Letter from the General for Hunters Hill Theatre’s 2017 season. Chris Clark and Paula Searle both appeared in 2017’s A Letter from the General and have formed quite the team appearing in several productions together as husband and wife or father and daughter. Ross Holohan hails from Ireland, only recently moving to Australia and appeared on stage earlier this year for the Lane Cove Theatre Company. It has been several years since Kim Oates has trod the boards of HHT, with his last role being in Proof in 2012.