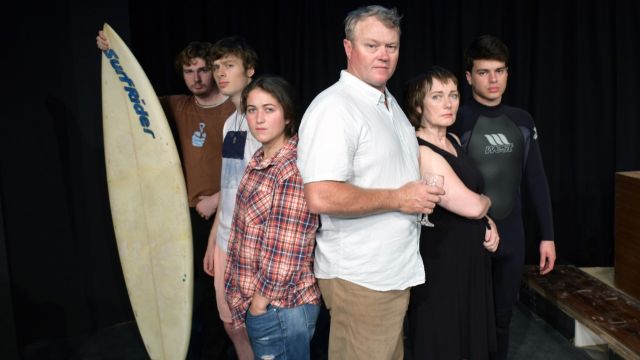 But then a young woman named June turns up on the doorstep with a story about their son’s final hours.

“Shrine is not only about the irrevocable way the grief of a loved one changes us but also the ways in which those who have passed can reveal new things about themselves, even in death,” Murphy said. 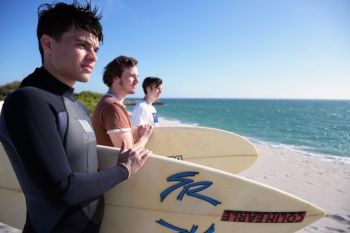 “That was the key for me – it would be hard to just put on a play about two people grieving the death of their son.

“She needs to tell her story and Jack’s father needs to hear it.”

The main challenge, according to Murphy, is ensuring there is light with the dark.

“There is so much love, intrigue and mysticism in this show,” she said.

“I wanted to make sure this is just as significant as the darker moments of a parent’s grief.”

After studying theatre and drama at Murdoch University, Murphy appeared in numerous productions and was one of the principal cast in the community TV series Love on the Box. 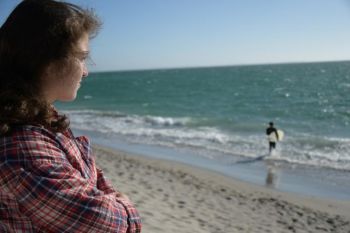 In 2013, she performed in Noël Coward’s Hands Across The Sea at Melville Theatre and A Conversation at the Old Mill Theatre, winner of the 2013 Milly Award for best play.

Murphy followed up those roles in 2014 with Cosi at Phoenix Theatre and Ninety at Garrick Theatre, along with The Temperamental Artist, Love, Loss and What I Wore, Death and the Maiden and Stop Kiss.

“As soon as I read Shrine, I knew it was something special and wanted to bring it to the stage,” she said.

“Tim Winton’s writing beautifully encapsulates the WA landscape so much that it is an extension of the characters themselves.

“You can feel, through his writing, the magic and majesty of nature and how it can shape us while showing us how interconnected we all are.

“Every character has a sense of responsibility about what happened to Jack that night and they are all dealing with it in their own ways.”