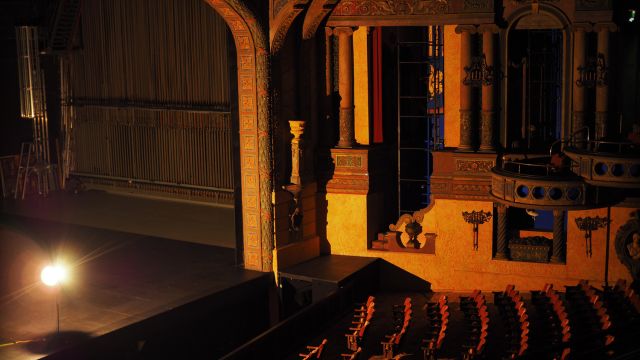 In part two of this series, Coral Drouyn explores more of the myths and superstitions that have shaped the history of theatre.

If all the world’s a stage, it stands to reason that there will be as many superstitions in theatre as there are in real life. Well, not quite. There’s a fine line between etiquette, superstition and tradition in theatre, and sometimes the lines blur. For example, one piece of etiquette could just as easily be superstition, which gave way to tradition in the years between the 15th and 19th centuries.

We all think we know what the expression means. But do we know where it came from?

It is considered very bad manners to upstage another performer. You take one or more steps upstage and that forces the other actors to turn their backs to the audience to address you. Up-stagers are looked on with disdain but there is actually a legitimate reason why upstaging came into being.

From the Elizabethan age (when female roles were played by male actors) through to Victorian times, female characters wore large crinoline dresses. The Elizabethan version was like a sideboard and incredibly wide; the Victorian version might have been made for social distancing since it was difficult to get closer than 1.5 metres to a lady.

Now, it is lovely to make a sweeping entrance or exit (unless you’re carrying a broom and cleaning the stage) but these voluminous costumes caused problems. Stage lighting, especially footlights, were candles, or later, burning sulphur or lime. In any case, the footlights were an open flame. You can guess what happened. One brush of a crinoline against an open flame and it could be disastrous and even fatal for the actress. Actresses started moving upstage (still facing the audience), and taking steps backwards before exiting, ensuring they missed the open flames. 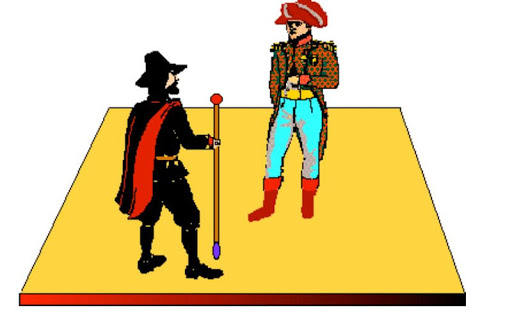 To counter this, male actors refused to turn away from the audience and started delivering their lines directly to the audience. (Don’t forget also that in those days there were no microphones and lines were declaimed loudly so the audience could hear. Any lines which were delivered to the upstage area were muffled and often missed by the audience.)

Did the ladies’ costumes so infuriate male actors of yore that they coined the still popular, but now gender-neutral, backstage epithet ‘upstaging bitch’? Today it’s a curse muttered in wings and dressing rooms without discrimination at spotlight-seekers -s male, female or drag queen.

During the 19th century, Melodrama was a favourite form of theatre, which developed its own formula of having the hero or villain deliberately step downstage to deliver lines, while the females moved upstage - and exits were made sideways! You may laugh, but it’s actually a safety issue.

It is a logical saying which we use in everyday life, but it has been the basis for a backstage superstition for many generations. You NEVER enter your dressing room with your right foot, only your left. Since most people are right-handed, there was a belief that you should always step onstage with your right foot, since that’s where your core strength was. In other words, put your best foot forward. If you used up your strength in the dressing room, you wouldn’t have enough for the performance. If you did by accident enter your dressing room on your right foot, you had to exit, spin around three times, swear, and re-enter - by which time you were probably so dizzy that you didn’t know what foot you were on.

Peacock Feathers and Other Props Onstage

While we’re happy to accept that certain things are bad luck, the rationale is quite reasonable. The end of a peacock feather (Ocelli) was said to resemble the evil eye of the demon Lilith (Adam’s first wife), and would bring death or disaster to a production

We know that broken mirrors can cut you badly, hence the bad luck, but even whole mirrors are a no-no on stage. Why? Because they can reflect the stage lighting and ‘flare’, making it difficult for actors to see. And real jewellery onstage is bad luck. The obvious reason is because it’s likely to get nicked from the prop table. 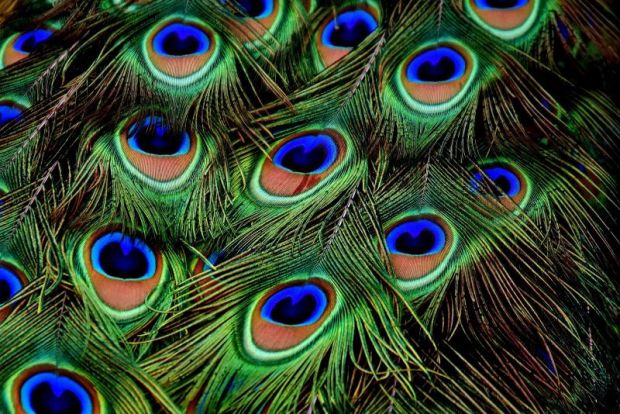 This one was tricky to track down. It seems logical that you would stay with what you know, to dispel too much stress, but there is a more sinister reason. Hundreds of years ago, in Shakespeare’s time, the white face or ‘masque’ was favoured onstage. Unfortunately, the makeup was made by mixing white lead with vinegar. The mixture could be - at best - a skin irritant which saw you break out in nasty rashes, or, at worst, be so toxic as to kill you by absorption. So, once you found a mixture your skin could tolerate you stuck with it, and you NEVER took the chance of keeling over from lead poisoning before your big scene.

Break a Leg Instead of Good Luck

Well we all know several versions of this one, and the most common seems to be that it means to appear through the side curtains (the legs) in a time when you didn’t get paid if you didn’t perform - so “break a leg” meant that you got paid. However, the saying goes back to Shakespeare’s time, and there were no “legs” (side curtains on the Globe stage). So, it seems more likely that it meant to bend your knee - break a leg - when curtsying or bowing like a courtier.

And since we are on the subject of Shakespeare, let’s take a look at the most infamous play for superstition.

It is unbelievably bad luck to say the word Macbeth (I may be cursed for writing it) when you are performing this Shakespearean play, except in rehearsals or on stage. If you do, you must leave the theatre immediately, turn around three times, spit over your shoulder, utter some very rude epithet, and wait to be invited back in. How exactly that breaks the curse no-one seems to know, but it must have provided a chuckle or two.

We do know when the curse/superstition itself started - and it was before the play even opened in 1606. The play was already contentious because Shakespeare had based it on the History of Scottish Kings rather than English. Elizabeth I was gone and King James I (James VI of Scotland) was on the throne. The first performance was for the King at Hampton Court in 1606 and history tells us that The Bard was nervous about pleasing the new monarch, having enjoyed Elizabeth’s patronage for so long.

First there was resistance to actually speaking the old hags’ lines around the cauldron, for fear they were a real curse and would doom the play. Then the young boy actor playing Lady Macbeth, the beautiful Hal Berridge, fell ill suddenly on the opening night. The only other actor to know the entire text was Shakespeare himself and he was forced to take the role. Somehow Shakespeare – who was neither pretty nor effeminate - got through the night and the king was reportedly pleased. But Berridge never got to play the queen. Shakespeare was shocked when he heard of the boy’s sudden death. No wonder he thought it was cursed. That might have been forgotten except that, a few years later, at the play’s first production overseas in Amsterdam, the actor playing Duncan was accidentally killed when somehow a real dagger replaced the prop one.

It seemed that every time the play was produced, even in small companies, disaster beset the production. In 1937, Laurence Olivier as Macbeth was almost hit by a counter-weight falling from the flies and missing him by inches; actor Harold Norman was killed by a sword thrust on stage at the Coliseum Theatre, Oldham. He had refused to perform the cleansing ritual after he said the name of the play out loud, so some put it down to the curse when, in a swordfight, Harold, as Macbeth, took a sword-thrust to the chest and later died of peritonitis. His ghost refused to leave the theatre, and management brought in paranormal investigators some 50 years later, when backstage employees claimed the ghost was harassing them.

Of course some actors like long death scenes and never know when to stop milking it. It’s impossible to say if these incidents occurred because of the curse, or whether they were coincidences responsible for creating a myth. Suffice to say, as an actor, you’re probably safer in a Neil Simon play - and you won’t have to wear a kilt.

Hopefully we’ll have time soon to create a whole new range of theatre superstitions. Do let me know if you have any.

Read part 1 of this series.