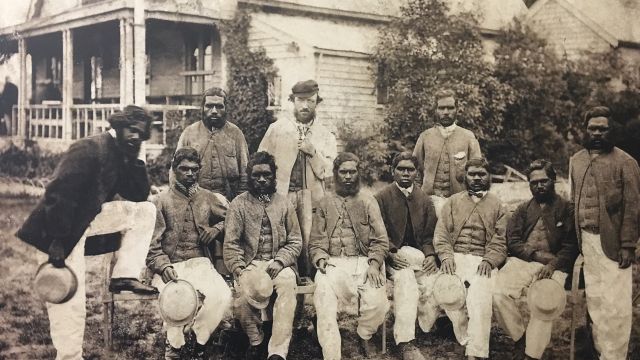 The Sydney Festival and the Ensemble Theatre are teaming up to present the World Premiere of Black Cockatoo during January 2020.

It’s about the epic adventure of 13 Aboriginal men from Western Victoria who picked up their cricket bats 150 years ago to embark on a treacherous voyage to England (pictured left). Risking illness and persecution, Australia’s first international cricket team amazed the English crowds with astonishing talent, personality and grit.

During one match, the star of the team Johnny Mullagh (pictured below) walked off the field and refused to play. His protest was over the refusal of the Gentlemen of York to allow him into their luncheon tent.

The team was away for a full year, played forty-seven matches, won fourteen, lost fourteen and drew the rest, against the best and most famous English teams of the day. They should have come home to acclaim and celebration.

In their absence, the colonial government took control over Aboriginal lives and moved most Aboriginal people off their traditional lands and onto reserves and missions. 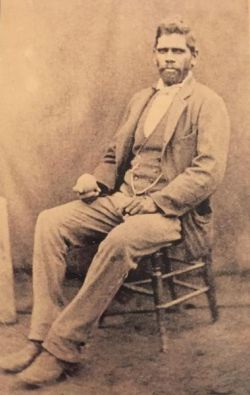 Johnny Mullagh refused to be moved. He stayed living on the land where he was born and did so until he died.

This extract is from Scene 10, aboard the SS Rangatira.

Mullagh: Won’t there be trouble when we get back?

LAWRENCE: I think not.

Mullagh: What about Constable Kennedy?

Lawrence: What can he do to me? I don’t plan to come back to Victoria, I’ll

be across the border in New South Wales.

Mullagh: We weren’t worried about you, Boss.

Lawrence: I've been told that Constable Kennedy and a few others have written to the government asking them to refuse our permission.

They don't want to let us go.

This is too good to miss out on. I’m going to put you boys in the history books. You’ll come back as heroes, the first team ever, from any part of world, to travel to England and challenge the English will be a team of Australian Aboriginals.

Lawrence steadies himself against a rolling sea.

Mullagh: And boss? Are we going to be paid? 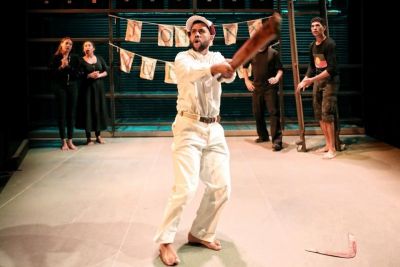 Lawrence: Paid? Johnny, it’s much too early to worry about details like that.

Mullagh: I told the boys we would.

Lawrence: You told them?

Mullagh: Fifty pounds I told them.

Mullagh: When we were going with Mister Wills, we were all going to get fifty pounds and we all signed contracts

Lawrence: Good heavens, lad, none of you can read or…

Mullagh: Mosquito can. He told us what was in those contracts.

Lawrence:  And now you can see that a contract can be … If you sign a contract with a scoundrel… Look, Johnny, here…

Lawrence holds out his hand. Mullagh takes it.

Mullagh assumes that the handshake is over but Lawrence hangs on. 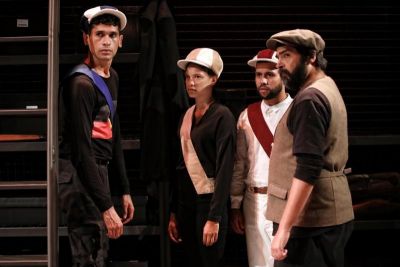 Again Mullagh assumes that the handshake is over but Lawrence hangs on.

And here’s another promise, It’s a long voyage to London and I will teach you all to read and write. You can tell that to the rest of the lads.

Mullagh: Thank you, Boss. Then we can write our own contracts. And give them to you to sign.

Mullagh holds out his hand to Lawrence.

There has been a slight roll to the deck, which might be a bit more pronounced now. 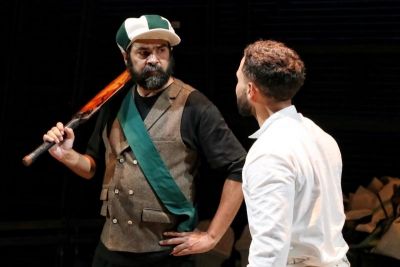 And now it’s been mentioned…

But after another roll, Lawrence goes to the far side of the deck and leans over the side.

Mullagh turns to the audience.

The sound of a big wind filling out the sails, seagulls cry.

The sound of a mobile phone ringing takes all the cast back to their 2018 characters.

Black Cockatoo plays at the Ensemble Theatre until February 8, 2020, at IMB Theatre, Wollongong from February 12 - 15 and at Riverside Theatres, Parramatta from Feb 18 - 22.