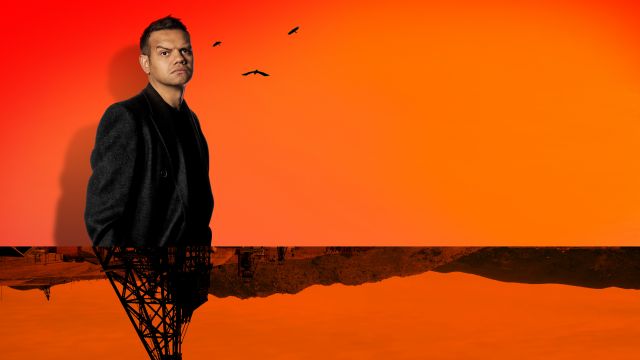 Black Swan State Theatre Company describes its 2022 season of theatre as a celebration and exploration of connection and family. It is called KIN and promise to explore how we are connected as family, from bloodlines right through to a virtual family.

Clare Watson’s final season of curating works for Black Swan will be performed across five theatres and features seven productions. Three plays are homegrown, with Western Australian stories from Kalgoorlie to Donnybrook to Perth. Three of the works are international hits that have played globally on stages from London to New York, and one is an interactive online performance that will bring the stage into your living room.

Clare has been Artistic Director since 2016 and in that time has noted that “gathering audiences and collaborating with extraordinary artists has given me five years of joy and kinship”. She added “we both inherit our kin, and we choose who we gather around us as family, just as we can be chosen. We each carry a narrative within us that comes from our kin. There is a story in us all about how we were loved, and we bring this story with us to our own families, to our friendships, to our workplaces, and to the theatre. In 2022, we are bringing these stories to the stage.”

The company will bring home City of Gold, written by Wongutha-Yamatji Meyne Wyatt (pictured top, phptograhper Joseph Mayers). This semi-autobiographical story puts a family on stage with an unbroken lineage through multimillenia, surviving centuries of colonial violence, and asks us to all take a stand against racism: “offend your family, call it out.”

Director Shari Sebbens (Our Town) says “this show cuts right to the core of Meyne’s experience as a young black man in Australia. It is unrelenting and honest.” Starring Meyne Wyatt, City of Gold will commence the season, running from 4 to 26 March in the Heath Ledger Theatre and presented in association with Sydney Theatre Company as part of Perth Festival. The next two productions are by local Western Australian writers and bring audiences into the homes of families dealing with loss.

Andrea Gibbs’ Barracking for the Umpire is an original comedy about the fragility of our body, our family, our community, and asks, ‘what are we willing to sacrifice for the great game?’ Doug Williams is the greatest footballer Donnybrook has ever seen. Hard as flint. Salt of the Earth. But the sure hands of this once great player are starting to fumble the ball. Barracking for the Umpire features Caroline Brazier, Jo Morris, Kelton Pell, Ian Wilkes, and Stephanie Somerville. The season runs from 24 Mar to 10 April at the Subiaco Arts Centre and is directed by Clare Watson.

Black Swan’s partnership with The Blue Room Theatre continues with Liz Newell’s Toast, a story about the family we’re given and the family we choose for ourselves. After the sudden death of their mother, three sisters are left adrift, wrestling with their loss and each other. Ringing with harsh realities and a few home truths, this locally written story is a love letter to the people who hold our hand in the dark. Winner of the Blue Room Theatre 2017 awards for Best Production and Best Performance, this production has been upscaled to the Studio Underground from 5 to 15 May and is directed by Emily McLean (Animal Farm, Unsung Heroes).

The eight-time Tony Award-winning musical Once is a modern-day urban love story of a struggling Irish musician on the verge of giving up, and a piano-playing Czech immigrant who reminds him how to dream. Featuring an ensemble of multi-talented performers playing instruments live on stage, Once reminds everyone of music’s power to connect us. Once will be performed in association with Darlinghurst Theatre Company at The Regal Theatre from 28 May to 12 June, directed by Richard Carroll, with Musical Director Victoria Falconer (Oklahoma!). Clare Watson will direct Tennessee’s’ Williams The Glass Menagerie. The Wingfields are a family trapped in each other’s orbit, held in the slippery grip of memory. This timeless family drama thrust Tennessee Williams into the international spotlight and features Mandy McElhinney (Wakefield, Love Child, Paper Giants). Watson believes “this production will pique our nostalgia and arouse our yearning. It’s like we’re watching ourselves on VHS in a time when we were a little more glamorous and much more devil-may-care.”

Connected by  comedian Lawrence Leung, is a live, online performance that takes place on two sides of a screen – Lawrence’s and yours. Performed over Zoom, this unique interactive comedy gives you the best seats in the house – that is, in your house. Viewers will be guided through mini experiences where the idea of 'connection' is explored. Can participants read each other's minds through a screen?  Will complete strangers discover remarkable coincidences? Are we all connected?  All you need is an internet connection, a device, and your favourite chair. Three shows only on 16, 17, and 18 September. Tickets are limited for these virtual performances and only available for single ticket purchase. The co-dependence of mother and child in Ella Hickson’s play Oil is matched by the co-dependence of us all on one of Earth’s most precious and finite resources, in an epic drama that asks: is blood thicker than oil? Spanning 150 years and traversing the globe through Tehran, Hampstead, Baghdad, and then back to Cornwall, Oil is a collision of empire, history and family. Oil  will star Hayley McElhinney (Doctor Doctor, The Cherry Orchard), under the direction of Adam Mitchell (When the Rain Stops Falling, Death of a Salesman), and will be performed in the Heath Ledger Theatre from 5 to 27 November.