Cast Announced for Merrily We Roll Along at Hayes Theatre 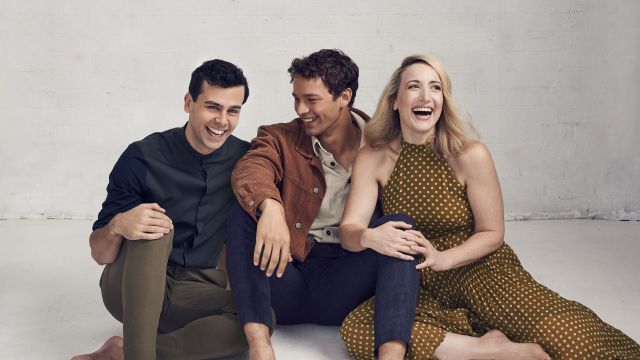 Luckiest Productions and Hayes Theatre Co have announced the cast for the Stephen Sondheim-George Furth musical Merrily We Roll Along which will open at the Hayes in June 2021.

Returning to Hayes Theatre Co in the role of Mary Flynn is Helpmann Award winner Elise McCann (Matilda, Everybody Loves Lucy). In the role of Charley and also returning to the Hayes for the first time since he played Sonny in Xanadu will be Ainsley Melham, who starred in the title role in Disney’s Aladdin across Australia and on Broadway. Recent WAAPA graduate Andrew Coshan (Jersey Boys, MTC’s A View from the Bridge) will perform the role of Franklin Shepard. Georgina Hopson (Ragtime, West Side Story) will play the role of Gussie while Aaron Tsindos (Muriel’s Wedding, Shakespeare In Love) takes on the role of Joe. Recent graduate from Queensland Conservatorium of Music Tiarne Sue Yek plays the role of Beth, Evan Lever (Anything Goes, Muriel’s Wedding) takes on Jerome, while Vidya Makan (Six, American Idiot) will perform the roles of KT and Meg. 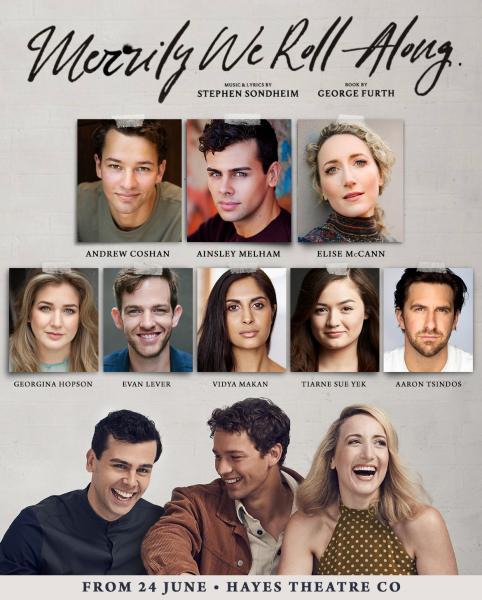 “When we cancelled a week before rehearsals last year, there was the fear of not being able to fulfil the dream we'd been planning for so long - so pertinent to Merrily's heartbreaking narrative of the complexities of making art with your closest friends,” said director Dean Bryant. “So to return with Ainsley Melham joining our leading trio, is true wish fulfillment."

Merrily We Roll Along follows a trio of friends - composer Franklin Shepard, his writing partner lyricist Charley Kringas and upcoming novelist Mary Flynn. The three are primed to change the world through words and music, however success has a way of opening doors that take them further away from what - and who - they love.  Famously told in reverse, Merrily We Roll Along is an emotional detective story that investigates how grown-up sellouts are forged from wide-eyed poets.

Merrily We Roll Along blends the elements of a backstage musical with a poignant and emotional contemporary story about the importance of staying true to one’s ideals.

Music and Lyrics by Stephen Sondheim