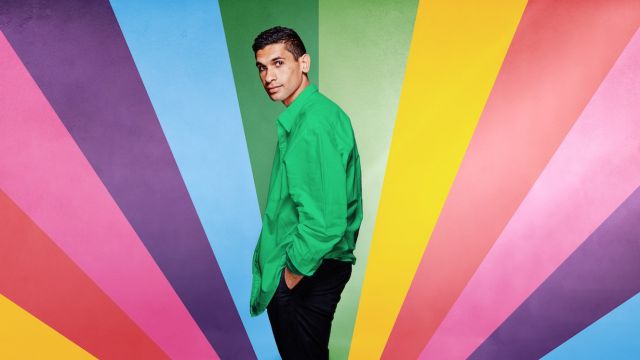 Griffin Theatre Company has announced its 2022 season, with new works from Australian playwrights, along with two Australian plays making their Sydney premiere.

Griffin will also present several special events, including the return of the 2021 sell-out phenomenon Green Park as part of Sydney Festival (image above - photographer Sally Flegg).

Artistic Director Declan Greene said, “Like the best and worst parts of our locked-down 2021, Griffin’s 2022 season is all about exciting, unexpected clashes. The mundane with the euphoric, the comic with the absurd... There’s Dylan Van Den Berg’s queer love story set against the backdrop of First Contact, Melissa Bubnic’s comedy about assisted dying, and Nakkiah Lui refitting an infamous sexploitation-dance-film to serve cutting arguments on “authenticity” and First Peoples art. It’s been a wild and woolly year for Griffin, but we’re proud to support a new group of phenomenal Australian playwrights in 2022, along with some familiar faces from last year.”

The night is still. The air is hot and thick. Matching houses stretch as far as the eye can see. Welcome to the sunny suburb of Paradise. 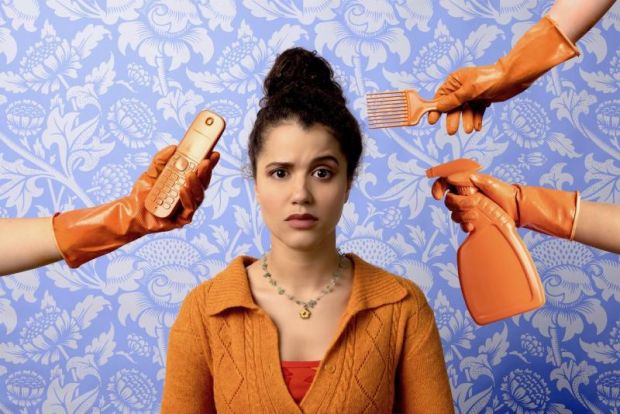 While her folks are back in Johannesburg, Zadie is holding down the family fort. This means keeping her little sis away from bush doofs, avoiding the cute boy next door, and smiling when her nice white neighbours try to touch her hair. All that changes when an unexpected visitor bursts back into Zadie’s life in the middle of the night, breaking the neighbourhood’s stuffy silence with loud music and even louder opinions. To make matters worse, someone’s been pelting the house with oranges. All of a sudden, Zadie’s got a big, sticky suburban mess on her hands.

A co-production with Riverside’s National Theatre of Parramatta, Orange Thrower is the award-winning debut play from Kirsty Marillier, directed by Zindzi Okenyo. A fresh twist on the Australian coming-of-age story, this play is a comedy, a curious mystery, and a love letter to South  African women, all squeezed into one.

Ghosting The Party by Melissa Bubnic: 6 May – 4 June

Coming home from her sister’s funeral, Grace decides that at 87 years old, her time has come. She’s done with it all and is ready to leave the party. Her daughter makes it her mission to show Grace the beauty of living. But Dorothy is divorced, middle-aged, stuck in a dead-end job and estranged from her own daughter. Soon, she starts to worry that her mum might have the right idea. 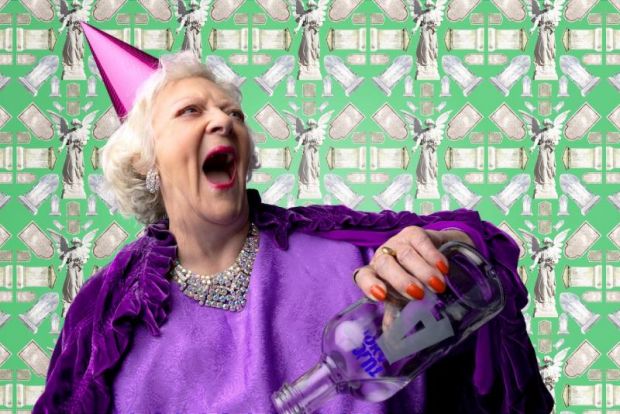 Three generations of women face brutal questions of mortality in this pitch-black comedy from Melissa Bubnic, writer of Boys Will Be Boys and Beached, with Griffin’s Associate Artist Andrea James in the director’s chair. Painted with poetry, unflinching honesty and an almost absurd amount of biting one-liners, confronting death has never been this (gravely) funny.

When her mother dies, a teenage girl is left alone within the four walls of a decaying penthouse in the heart of Singapore. To make matters worse, she’s now in the care of her estranged brother, and he’s not exactly up to the gig. For one, he’s only a few years older than her. And two, he’s a gangster. Like, an actual one. Left with next to nothing, the orphaned siblings become a formidable, atypical corporation of two. But it’s not long before cracks begin to show. What is the trade-off for desiring excessive levels of luxury? What should be kept in this world, and what should be offered to the next? 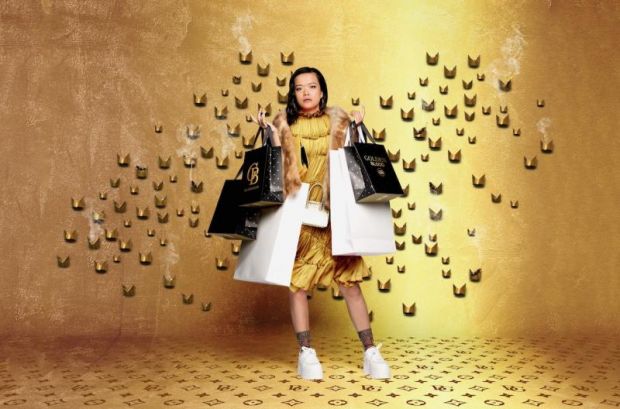 Merlynn Tong is an acting-writing polymath—and in Golden Blood, she’ll be starring in her own (kind-of) true story. Directed by Griffin’s Associate Artistic Director Tessa Leong, Golden Blood will  make its long-awaited premiere in 2022, presented in a unique partnership with Griffin’s friends at Melbourne Theatre Company.

Once in a blue moon, in the middle of nowhere, two teenage boys meet under a lemon tree. After a rough start, a tentative alliance is formed under the canopy. As seasons change, a fragile friendship fruits into a heady romance. If history would just unfurl a little differently, the boys might have a beautiful future ahead of them. But Ty and Neddy are poised on the brink of a world that is about to change forever. It’s the early 19th century. Ty is River Mob. Neddy is Mountain Mob. And the earth they stand together on is about to be declared ‘Australia’. Before long, Neddy and his family are drawn into the religion of the white man, and a stake wedges between the boys—forcing them to choose between the things they love. 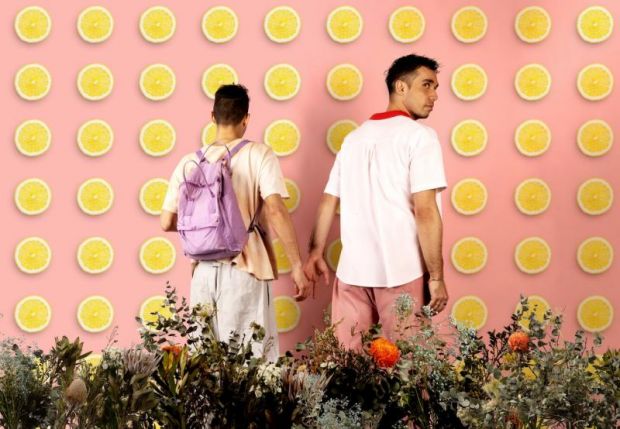 Dylan Van Den Berg (winner of the 2020 Griffin Award, the Rodney Seaborn Playwrights Award, and the Nick Enright Prize for Playwriting at the NSW Premier’s Literary Awards) has penned a story about love, Country, and Blak queerness throughout history. Directed by Griffin Artistic Director Declan Greene, and starring Helpmann Award-winner Guy Simon (First Love Is The Revolution, Wakefield), Whitefella Yella Tree is a force of nature and a tender first kiss.

There’s no crueller thing you can say to an actor than ‘Don’t quit your day job’. Fortunately, Ash Flanders never needed one. But after years of glittering appearances across the country, Ash unceremoniously finds himself seated at a computer in a decidedly un-sparkly corporate office. No longer an acclaimed playwright and performer, Ash is now a legal transcriptionist—typing the words of suspected criminals who are not nearly as fascinating as TV suggested. 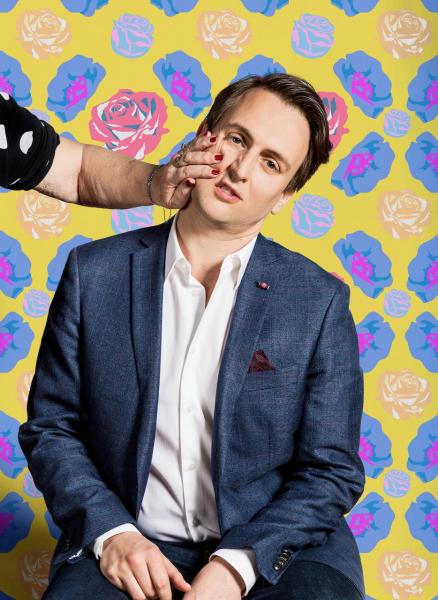 Typing out the narratives of petty crims, Ash begins to interrogate his own poor choices. That thing he did in an abandoned carpark. The visit to the horse knackery. Those people at the old folks home. All of it in the service of one thing: to make people laugh. But as his own transcript unravels, Ash realises it’s about making her laugh. His toughest audience. A heavy- drinking, chain-smoking behemoth named Heather Flanders.

In End Of. Ash Flanders is stripped uncommonly bare. Under the ddirection of Stephen Nicolazzo (The Happy Prince) Ash has created an honest, hilarious gut punch of a one man show... End of.

A lonely kid in rural Australia, fair-skinned Sarah Jane Jones is deathly sure of two things: 1. She’s the best dancer in the whole town of Chithole, and 2. She’s a proud Aboriginal woman. As it stands, there’s very little proof of either of these things. So, when a long-lost photograph offers hope of her Indigenous ancestry, Sarah Jane high-tails it to the glitziest casino in Queensland. Her mission? To land a role in the First Nations burlesque spectacular: ‘Blaque Showgirls’. But fame and fortune is not the easy path Sarah Jane imagined—and she must learn some outrageous new moves to push to the front of this chorus line. 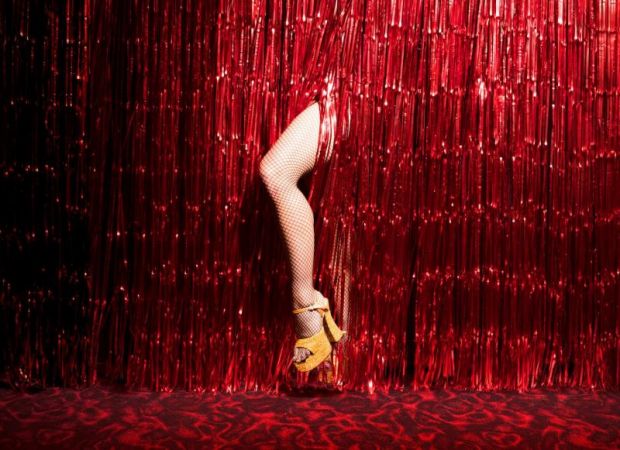 Griffin’s artist development program established in 2021, Griffin Lookout, continues in 2022 presenting works from two emerging artists, Jessica Bellamy and Mel Ree. Jessica Bellamy’s A is for Apple is a genre-bending work exploring faith and womanhood - asking lovingly provocative questions about what a Jewish woman really is. Mel Ree has peppered playful performance art with hard truths in Mother May We, an epic poem about intergenerational trauma forged from interviews with ten powerful artists who identity as BIPOC. 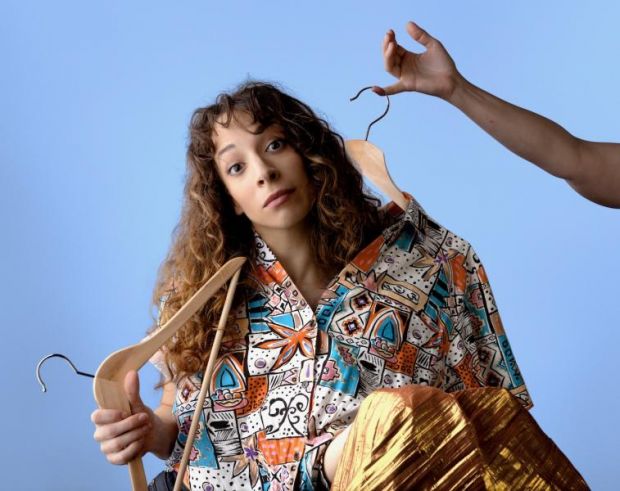 Image: A is for Apple. Photographer: Brett Boardman.

Subscriptions for Griffin’s 2022 season are on sale via www.griffintheatre.com.au