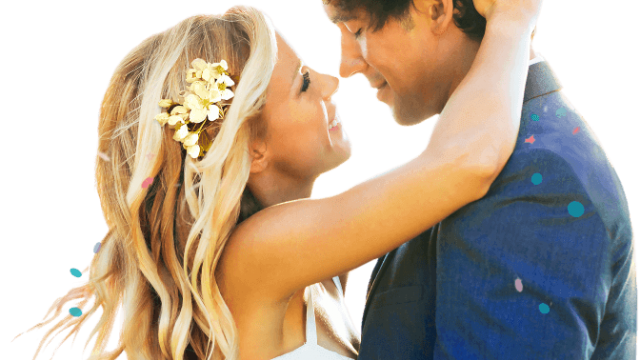 The global musical phenomenon MAMMA MIA! will commence its new national tour at the Canberra Theatre Centre on November 24th 2017 followed by a season from December 26th 2017 QPAC’s Lyric Theatre in Brisbane.

The tour will continue onto Sydney’s Capitol Theatre from February 11th 2018, Crown Theatre Perth from May 15th 2018, Melbourne’s Princess Theatre from July 10th 2018 and the Festival Theatre at Adelaide Festival Centre from October 9th 2018.

“MAMMA MIA! is exactly what we all need - an uplifting, fun-filled, heartfelt night at the theatre which puts a smile on your face and a spring in your step. The timeless tracks of ABBA never fail to bring joy to audiences across the world and we are delighted to be producing MAMMA MIA! once again across Australia. We are also thrilled with the incredibly talented creative team and cast we have assembled to bring this story and these songs to life on stage night after night.” Withers says.

Starring in this brand new Australian production as mother-of-the-bride Donna Sheridan is Natalie O’Donnell. Natalie began her acting career in 1998 with her professional debut in the Australian production of Les Misérables. Since then she has sustained a remarkable career in theatre, television and film across the world. She has starred in many musicals including most recently in Australia in Jerry’s Girls, Songs for a New World and Next to Normal. Most poignantly Natalie starred in the original Australian production of MAMMA MIA! as Sophie in 2001. It will be very special to see her come full circle now leading this new production in the role of Donna.

In the role of Donna’s daughter and bride-to-be Sophie, is emerging young Australian actor Sarah Morrison. Sarah has just completed a national tour in the Australian musical Ladies in Black starring in the lead role of Lisa. This was Sarah’s breakthrough role gaining critical acclaim and adoration by audiences alike proving her star is certainly on the rise. Sarah began her career as a member of the Children’s Chorus with Opera Queensland before graduating from Ballarat Arts Academy.

Starring as Donna’s vivacious and loyal friend Rosie is Alicia Gardiner who has extensive career highlights in theatre, television and film and is best known to Australian audiences for her role as nurse Kim Akerholt in the award-winning series Offspring. In another nostalgic twist, Alicia also played alongside Natalie O’Donnell in the original Australian season of MAMMA MIA!

Jayde Westaby joins the trio in the role of much-married friend Tanya. Jayde, originally from the UK, has enjoyed a career on London’s West End appearing in The Rocky Horror Show, Chicago, Sweet Charity, Jersey Boys and Grease amongst others. Most recently in Australia she was part of the world premiere season of Dream Lover – The Bobby Darin Musical.

Ian Stenlakestars as Sam Carmichael, one of Sophie’s unsuspecting fathers. Ian has sustained an extensive television career over the years, including starring roles in the Nine Network’s Sea Patrol for 5 seasons as Lieutenant Commander Mike Flynn, furthermore in Stingers, Murder Call and Dance Academy. He has also continued a vast theatre career appearing in shows such as Cabaret, Guys and Dolls, Oklahoma and most recently Around the World in 80 Days.

Phillip Loweplays Harry Bright another man from Donna’s past who could be Sophie’s father. Phillip has appeared in many theatre productions including Crazy for You, Cabaret, Mary Poppins, High Society and recently starred in Georgy Girl - The Seekers Musical portraying Seeker Keith Potger.

Josef Berplays Bill Austin the third potential father in the light-hearted story. Josef has appeared in many and varied theatre, television and film productions including Ned, Rush and Redfern Now. 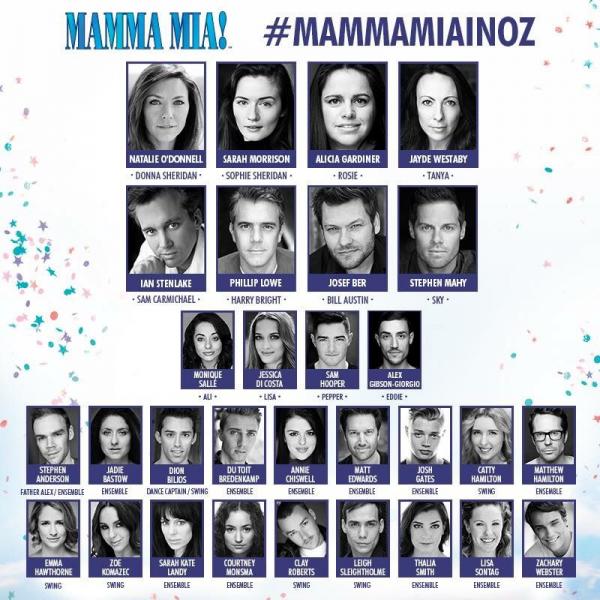 Set on a Greek island paradise and inspired by the story-telling magic of ABBA’s songs, writer Catherine Johnson’s tale centres around a young bride-to-be. On the eve of her wedding, a daughter's quest to discover the identity of her father brings three men from her mother's past back to the island they last visited 20 years ago.

A beautiful bride, a proud mother and three possible fathers. It's a trip down the aisle you'll remember forever!