Mary Poppins – View from the Ensemble 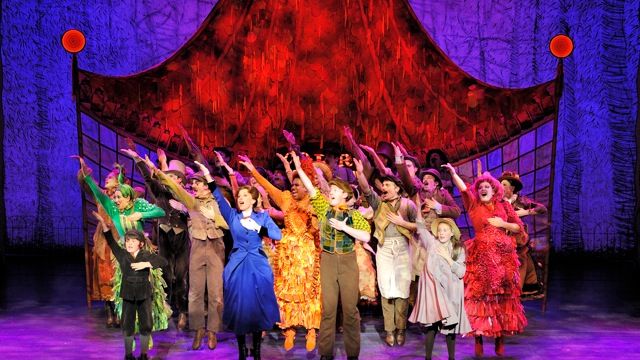 When you see the stage production of Mary Poppins at Sydney’s Capitol Theatre, one of the things that really strikes you is the show’s stunning ensemble work. Neil Lichfield spoke to ensemble members Mitch Fistrovic, Ben Giraud, Natalie Alexopolous, Mark Hill, Kirsten King and Liam McIlwain.

At the Sydney media launch of Mary Poppins, a group of members of the fabulous Mary Poppins ensemble, obviously great mates, chatted with me as they hung out during their lunch break.

What do they love about being in the ensemble of Mary Poppins, I asked.

I play the role of Neleus, the statue, and I love the show. It’s a great company, and the ensemble are lots of fun, and so are the principals. It’s just a really happy show, with good energy backstage.

NL: And a favourite moment?

MF: Probably Supercal, or Step in Time – they’re so high energy. Step in Time is so energetic, and it goes for about 8 minutes. It’s just fantastic.

Ben Giraud: There’s a really good, quick vibe about the show. In some ensembles you wait around to go onstage, but the first half of this show goes so fast. The show’s been engineered in such a way that there’s no space between things for the audience to get bored, or for us to wait around. That’s good, because we move through at a really healthy kind of pace. When you do eight shows a week you notice the gaps between things, and I can’t say I notice the gaps in this.

NL: Has the show changed for you?

BG: I think people become more adventurous as the run goes on. They know that they’ve got to be there at a certain place, at a certain time, but they fill in the gaps between differently every night. 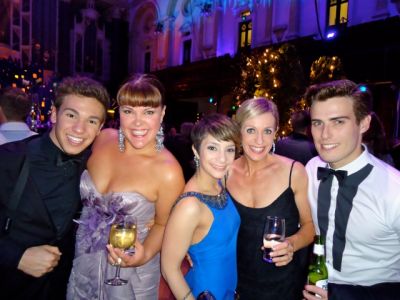 Natalie Alexopoulos: The good thing for this show for us ensemble members is that each scene is a entirely different scene and a different character, so there’s make-up changes and there’s hectic stuff going on backstage, which makes it tiring, but also makes the show go quickly and energetically. Each time we come on stage we’re a different character and we’re in completely different worlds, which is part of the magic of the show. In Supercal we’re all these crazy characters, with crazy make-up and costumes and hats, and we’re doing all this crazy stuff in this fantastical lolly shop, and then in Step in Time we’re all chimney sweeps, then another time in the bank we’re all these very snooty-nosed bank clerks. Seen through the eyes of a kid it all becomes very magical, and we get to play all these extreme characters, which is different to a lot of other shows, where you get your set few costumes you keep swapping through. We’re involved in making all of those magic scenes. We’re given the license to create some really kooky characters, and be quite extreme in each scene, which is really exciting.

Mark Hill: The whole cast are a really great group of people, and we all get on so well. We’re all so close. We all hadn’t seen each other for two weeks when we came in this morning, and it was so great to catch up with each other.

We had a fabulous Melbourne season. It was great to have a little break and we’re very refreshed and excited to be here in Sydney.

NL: So do you hang out together outside the show.

MH: We do, we probably should get away from each other.

As Nat said, it’s lots of things, most of the ensemble cover lead roles, so it’s a fabulous opportunity, and very exciting for us all. I cover Bert, and I think I’ve done it 18 times.

NL: How is the experience of going on as Bert.

MH: The first few times it was incredibly scary, but it’s gotten much easier as I’ve gone along, and I’m quite comfortable with it now and enjoying it. It’s a fabulous role.

NL: What do you love about him? 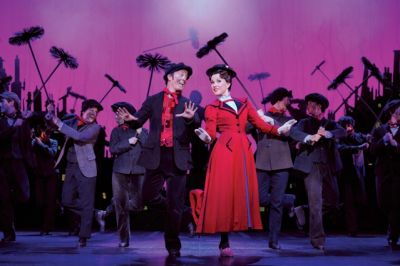 MH: His character, his warmth, his personality. The audience always warms to Bert. They want to love him right from the start. There’s great comedy, and there’s great dancing.

Kirsten King: I’m dance captain and swing on Mary Poppins, so I get around a lot in the show, which is really exciting. I cover all the ensemble girls, I also cover Bird Woman and Mrs Brill, and I’ve also been on for boy plots in the ensemble, so in the nine months in Melbourne I was very, very busy.

I enjoy swing because it keeps it fresh and alive. Every night you do different parts, and you’re not doing the same plot all the time, so your brain is active as well as your adrenaline.

NL: You must be a bit of a dance computer for the show.

KK: I am a little bit. All the swings do have what we call our bible, which is every configuration of all the dances written down, so we refer to that a lot, and we call that the Swing Bible, and it’s always close by.

NL: What are the qualities you need for this sort of job?

KK: Number one, you need to be quick, but also you need to be able to go with the flow, and not get stressed by being thrown on. We’ve been thrown on mid-show; if someone gets hurt and goes off mid-show, they’ll call you through the tanoy in two seconds flat. So you need to have the ability to be calm in situations like that, and also to swing quickly between different spots – so I think a quick brain as well.

NL: What’s best about being a swing?

KK: I’ve done ensemble, in other shows, where I’ve just done the same plot, and I know for me, it’s the stimulation, and the changing of the plot to keep me active, and involved.

I think that the thing about this show for the ensemble is that we play a lot of different characters – we’re not just ourselves throughout the whole show. There’s six or seven make-up changes, there’s nine or ten costume changes, and it’s really about going from one minute being a posh lady, then changing to be a chimney sweep.

Liam McIlwain: Something that I enjoy most about the show, is that we have so many different characters, and also plots in the show are quite varied. We tap dance in Step in Time, it’s really characterised in Supercal, then you do a bit of ballet in the Kite Ballet. It’s nice to be in a show where you exercise such a great deal of your skills.

I like how amazingly well the show has been embraced. In Melbourne it just went so well.

Mary Poppins opened at Sydney’s Capitol Theatre on May 5, after a hit season on Melbourne. 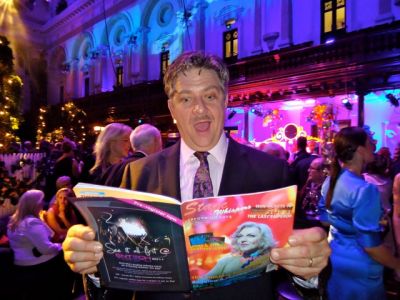 We chat with Philip Quast in the May / June print edition of Stage Whispers.

Purchase a copy online or at your newsagent.