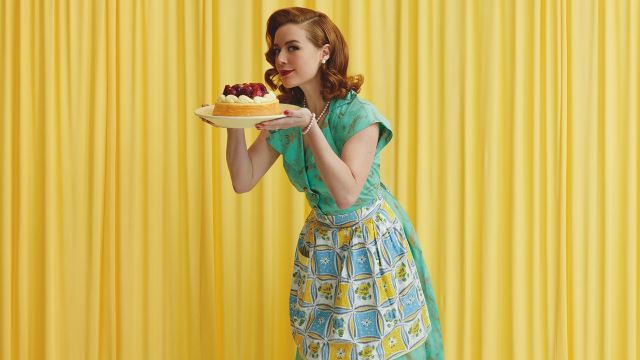 ‘Season 2020 assembles Australia’s best and brightest for a year of theatre that will have audiences seeing the world differently,’ Brett Sheehy said.

‘Our NEXT STAGE Writers’ Program shines brightly with four new commissions taking pride of place alongside a Tony Award-winning musical, a dazzling Shakespeare, an Australian classic and the most exciting new writing from the West End, Broadway and beyond.’

‘In 2020, the thematic range spans mistaken identity and the madness of love, to one of the most inspirational sports stories in Australian history, the impact of grief and the boundless limits of joy. But whether a drama or a comedy, a classic or a brand new work, these stories are unified by a simple fact – they are vitally important and relevant to our audiences’ lives, here and now.’

‘As Victoria’s State theatre company, we are proud to give audiences another season of exceptional theatre to revel in, and look forward to embarking on a new decade with our passionate audiences by our side,’ Mr Sheehy said.

Multi-award-winning plays from the West End and Broadway make their Australian premiere at MTC, and Simon Phillips returns for another Shakespearean production. Christie Whelan Browne, Bert LaBonté and Chris Ryan return to the Company in a glittering new production of As You Like It, Shakespeare’s topsy-turvy celebration of love in all its forms, directed by Simon Phillips with music by Kate Miller-Heidke and Keir Nuttall.

Four NEXT STAGE commissions feature in the season, accompanied by a classic and a tribute to an Australian sporting legend.

Benjamin Law makes his playwriting debut with Torch the Place, a poignant modern comedy about finding clarity in the clutter of life, directed by Dean Bryant and starring Fiona Choi, Michelle Lim Davidson and Diana Lin.

Joanna Murray-Smith conjures a world of lust and intrigue in Berlin, starring Grace Cummings and directed by Iain Sinclair. And MTC transforms the Sumner into a tennis court with on-stage, court-side seating for Sunshine Super Girl, the story of Australian sporting hero Evonne Goolagong, written and directed by Andrea James.

New plays from the UK and Canada along with a masterpiece of American theatre round out the program.

Dan Spielman stars in the Australian premiere of Sexual Misconduct of the Middle Classes, a story about the dangers of desire, power and privilege, directed by Petra Kalive.

And Kate Champion directs Robin McLeavy in the one woman show, Girls & Boys by Dennis Kelly that begins as a beguiling tale of universal truths, before hitting home with the full force of a tsunami.

As well as its season of plays, MTC’s Education Program will again provide thousands of students across the state with theatre and learning opportunities through programming for young audiences, specialised enrichment programs, education resources, workshops and special partnerships. The Company also continues its array of artist development programs and initiatives including the Women in Theatre Program, Cybec Electric play reading series, CAAP Directors Initiative and MTC’s landmark NEXT STAGE Writers’ Program, currently in its third year with 25 writers under commission or in residency.

Subscription packages for MTC’s 2020 Season are on sale now.

Tickets for Home, I’m Darling, Torch the Place, Emerald City and Berlin go on sale to the public on 5 December.

All remaining productions go on sale on 4 June. SEXUAL MISCONDUCT OF THE MIDDLE CLASSES BOOK AND LYRICS BY LISA KRON

BASED ON THE NOVEL BY ALISON BECHDEL