THE MUSIC OF KONG 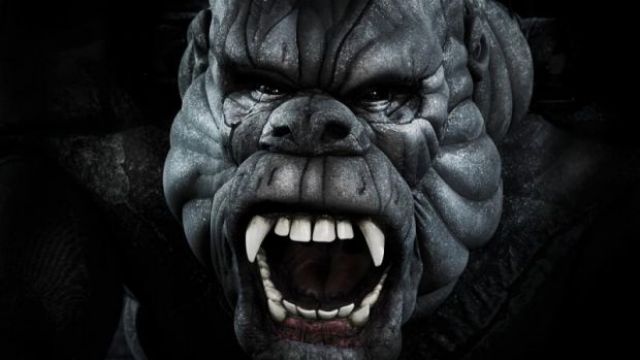 Producer Global Creatures have today (May 9, 2013) released an 8-track preview of the score of KING KONG which features the work of some of the world’s best contemporary artists, including 3D from Massive Attack, Sarah McLachlan, Justice, Guy Garvey from Elbow and The Avalanches. The music is being overseen by composer and arranger Marius de Vries, whose credits include the soundtracks for Moulin Rouge and Romeo + Juliet.

“When we started this journey, Daniel Kramer [Director], my brother Stephen [Pavlovic of Modular Music] and I would use ‘Massive Attack’ as shorthand to explain the sound we wanted for KING KONG’s score,” says Producer Carmen Pavlovic. “I would never have foreseen that five years later we would actually have a new song from 3D, let alone works from the rest of our incredible music team about to be unveiled at the Regent.”

Of the sound of KING KONG, Marius de Vries notes, “There are two universes – there’s New York and there’s Skull Island. What we’re looking to do is to explore the relationship between those two places – what the differences are, but how they are somehow connected. Each place has its own distinct musical language but there are elements of those languages that are shared, but transformed as they move from one to another. There’s geography to it, which is informing the structure of how we’re styling it. And then also an interplay between the music of the period, and the music of our period.”

Australian Musical Director Daniel Edmonds is charged with the responsibility of conducting KING KONG’s 10-piece live band when previews commence on 28 May, leading up to the global premiere performance on 15 June. “The music and soundscape for KING KONG are just as epic as everything else about the piece, fusing together beautiful, haunting melodies as well as thrilling action sequences,” says Edmonds. “It’s an absolute privilege to work with living legends like Marius de Vries, and I could not be more proud that Melbourne Australia will be where it all starts.”

“Truly it is something unique in music theatre, and the clever marrying of the

1930s and now with existing and original songs, gives a sense of the familiar with the strikingly modern. The sampler represents about half our score, so there are plenty of surprises for audiences when the curtain goes up.”

2. In The Face of Forever. Music and Lyrics by 3D from Massive Attack, Guy Garvey and Marius de Vries. Vocal by Chris Ryan as Jack Driscoll.

6. The Avalanche’s Get Happy. Music by Harold Arlen. Lyrics by Ted Koehler. Sample of Dies Irae (music by Giuseppe Verdi).

There is also a new clip of Sarah McLachlan singing the song she wrote for King Kong entitled "What's It Gonna Take". In the show it is sung by Esther Hannaford as Ann Darrow.

In addition there are two previously released live recordings:

KING KONG is authorised by the Merian C. Cooper Estate and is proudly

supported by the State Government of Victoria and Tourism Victoria.