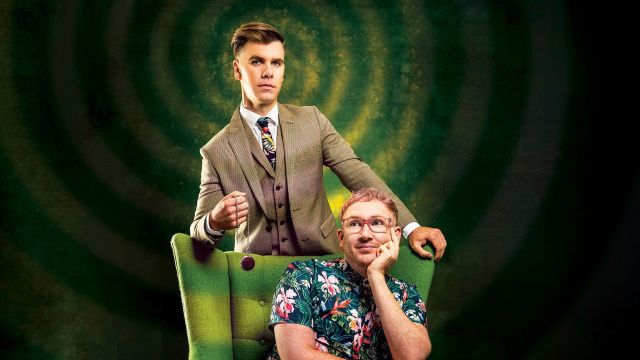 Image: On A Clear Day You Can See Forever

Seymour Centre in Sydney has announced the first half of its 2022 season, featuring a world premiere, two Australian premieres, the premiere presentation of a revamped Broadway classic, and the return of a hit, sold-out show from its 2021 season.

Seymour Centre’s Artistic Director, Tim Jones, said, “The Seymour Season is fast becoming the place to experience a different sort of theatre: high quality, contemporary performance, exploring Australian issues within a global context. The first half of our 2022 Season features outstanding new works from the international stage by writers new to Australian audiences (Will Arbery and Adam Bock), a radical (and fun) reinvention of a musical gem from the USA (On A Clear Day You Can See Forever), and the world premiere adaptation of an Australian novel set entirely in New York (The Museum of Modern Love). These works explore universal themes of faith, recovery from trauma and the need for honest connection in a post-COVID world – a perfect way to start your theatre-going schedule in 2022!” Opening the year is the world premiere of The Museum of Modern Love, presented at the Seymour in January as part of Sydney Festival. An adaptation of Heather Rose’s Stella Prize-winning novel, The Museum of Modern Love is set against the backdrop of one of the greatest performance art events in modern history, Marina Abramović's The Artist is Present. Following a lost man in search of connection, this production offers truths about love, commitment, and the transformative, life-changing power of art.

In March, Squabbalogic (Man of La Mancha, The Drowsy Chaperone) returns to the Seymour to present On A Clear Day You Can See Forever, adapted from the 1960s Broadway hit which later became a film starring Barbra Streisand. When David Gamble enlists the services of psychiatrist and hypnosis researcher, Dr Mark Bruckner, in an effort to quit nicotine, what begins as a simple regression soon turns into an otherworldly love triangle as the doctor discovers inside David the presence of a charming woman who died decades earlier. Starring Jay James-Moody (Herringbone) and Helpmann Award nominee Blake Bowden (The Book of Mormon, Opera Australia’s 2022 The Phantom of the Opera), this adaptation features all-new musical arrangements and brings a new twist to a classic tale. Image: Heroes of the Fourth Turning

Outhouse Theatre Co (The Flick, Gloria) returns to the Seymour at the end of March with the Australian premiere of Will Arbery’s Pulitzer Prize finalist, Heroes of the Fourth Turning. When a group of young American religious conservatives gather to celebrate their mentor, newly inducted as president of a small Catholic college in Wisconsin, their reunion soon spirals into spiritual chaos and clashing generational politics, becoming less of a celebration than a vicious fight to be understood. At a time when tribal lines between ‘us’ and ‘them’ are fiercely drawn, Arbery’s new play offers grace, insight and understanding – and speaks to the heart of a country at war with itself.

Outhouse will also be back at the Seymour in June, presenting a limited return season of their production, Ulster American, following a critically-acclaimed, sold-out and extended run in 2021. Ulster American takes on power, privilege, and the jungle of post- #MeToo show business. From White Box Theatre (Table, The Campaign) in May comes the Australian premiere of Adam Bock’s Before The Meeting, a powerful examination of the cost of addiction and the effort it takes to stay clean. Praised by The New York Times as a “knockout” for its high-octane naturalism, this extraordinary drama follows Gail and the members of her early morning group, who are forging a path toward sobriety and wellbeing together. But when Gail’s estranged granddaughter reopens old wounds, Gail knows it will take more than coffee, chairs, and companionship to keep her life from falling apart.

On A Clear Day You Can See Forever, Heroes of the Fourth Turning, Before the Meeting and Ulster American will be available to purchase as part of a Seymour Season mini multipack. Four-show, three-show and two-show multipacks are available, with discounts between 10% and 20% on offer.