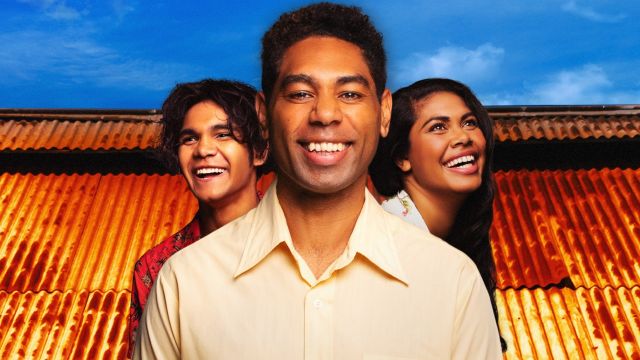 “The thing that thrills me the most is how this season showcases just what singers can do – captivate, move and inspire. Best of all, it’s all homegrown talent,” said State Opera’s Artistic Director Stuart Maunder.

Off the back of the sell-out hit Carmen in the Square in 2019, State Opera serves up an open-air performance to mark the beginning of the 2020 season, with Carl Orff’s Carmina Burana taking centre court at Memorial Drive Park on 28 March.

The music of Carmina Burana has underscored countless movies and iconic advertisements – making it some of the most recognisable music of the 20th Century, and the most performed choral work worldwide. Conducted by Benjamin Northey, this one-night-only choral performance features the State Opera Chorus, Young Adelaide Voices, and the Adelaide Symphony Orchestra at the newly renovated Memorial Drive.

A new production of Rossini’s comic masterpiece The Barber of Seville will be produced in May, directed by Lindy Hume, at the Festival Theatre. If blood, thunder, and Game of Thrones-style plots are more to your taste, then there’s Verdi’s Macbeth, brought to the Adelaide stage for the first time in over 25 years, at Her Majesty’s Theatre. Thrilling drama is central to the 2020 season, and what better musical masterpiece than Sweeney Todd to send shivers down the spine. Starring Australian actor and singer Ben Mingay as Sweeney Todd, and award-winning soprano Antoinette Halloran as Mrs Lovett – Director Stuart Maunder describes it as “without a doubt – one of the most delicious and dramatic horror tales ever set to music.” (Picture on right by Robert firth, Acorn Photo)

Continuing its commitment to uniquely Australian stories – State Opera will present Jimmy Chi’s coming-of-age-musical Bran Nue Dae in August. The first-ever Aboriginal musical – a feel-good mash-up of rock-and-roll, gospel, country and blues music – premiered in 1990 and went on to inspire a hit movie.

This is followed by Richard Mills and Peter Goldsworthy’s chamber opera Summer of the Seventeenth Doll. Based on the iconic 1953 Australian play – it is an examination of lost youth. Presented as part of State Opera’s Lost Operas of Oz project.

Maunder said State Opera’s 2020 program was made for a broad audience, and had powerful moments for seasoned and first- time opera goers.

“We did exactly what we set out to do this year,” he said. “We’ve successfully built audiences, pushed the boundaries by taking opera out of the theatre and presented exceptional pieces of music and repertoire for everyone to enjoy.

“In 2020, it’s all about getting out there and making sure State Opera is a major player in the arts, in South Australia and nationally, and bringing as many people into the opera space as we can. See you at the opera!”

For further information, or to buy tickets, visit: www.stateopera.com.au

May 7-16: The Barber of Seville – Adelaide’s Festival Theatre
A love-sick Count, a feisty young woman, and a barber with a cunning plan. This production, directed by Lindy Hume, features John Longmuire, Morgan Pearse, and Anna Dowsley.

October 3-10: Sweeney Todd – Her Majesty's Theatre
Meet Sweeney Todd, “the Demon Barber of Fleet Street”. Born out of the ashes of tragedy and set on revenge, he makes for a dapper and dangerous man to know. Together with the beguiling and batty Mrs Lovett, a twisted plan is hatched – genius and ghoulish in equal measure. Starring Ben Mingay and Antoinette Halloran.

October 7: Joseph Calleja in Recital – Adelaide Town Hall
Blessed with a golden-age voice which routinely inspires comparisons to legendary singers, Calleja is now a star at all the world’s greatest opera houses and concert halls.

November 12-21: Macbeth – Her Majesty’s Theatre
A brave General, a witches’ prophesy, a murderously ambitious wife. Shakespeare’s epic tragedy brought to life with blood and thunder, this new production of Verdi’s opera is directed by Stuart Maunder and stars James Clayton and Kate Ladner.

November 18-20: Summer of the Seventeenth Doll – Her Majesty’s Theatre
Richard Mills and Peter Goldsworthy’s chamber opera based on the iconic Australian play, tells the story of a long-standing tradition at the end of the sugarcane season, in which cane-cutters Barney and Roo travel south to Melbourne for their annual summer fling with two city girls. Part of State Opera’s Lost Operas of Oz, this is the first season since its premiere in 1997.