The History Boys by Alan Bennett 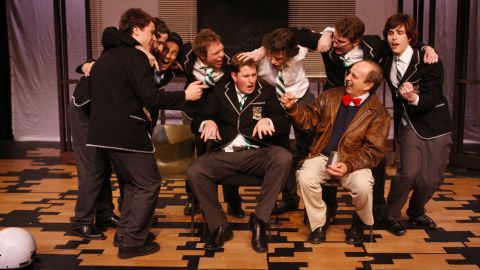 Alan Bennett's The History Boys is a near perfect example of what we have come to know (and either love or hate) as the well-made play: grand themes, considered structure and form, and characters meeting, often quite circumstantially, in a unique time and place on their journeys through life. 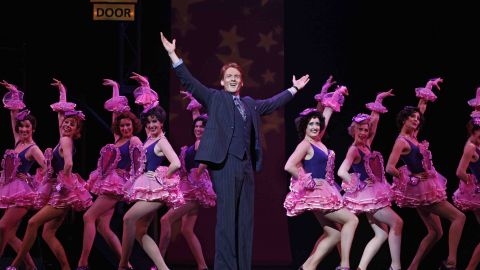 The Production Company specializes in concert performances of lesser know music theatre with professionals and a short sharp rehearsal period. Crazy for You fitted the bill nicely being a rehash of Gershwin’s 1930 musical Girl Crazy. I was surprised there were so many familiar songs, until I learnt that of the twenty songs included, only four were from Girl Crazy. Of course three of these were “Embraceable You”, “I Got Rhythm” and “But Not For Me”. 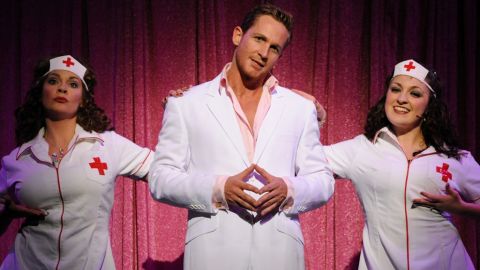 Breast Wishes, which is sub-titled “An Uplifting Musical,” is just that – Uplifting, and joyous, and funny, and ultimately moving. Based on an idea by Actress Anna Looby, this celebration of mammary glands and all that happens to them during a woman’s life, hits its target audience with a whopping great big bang. The ensemble cast couldn’t be better. 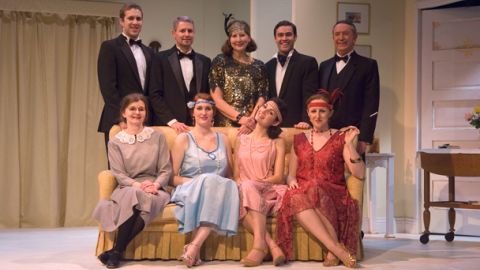 The Genesian Theatre Company's revival of Noel Coward's classic 1925 comedy, Hay Fever, takes us into the madcap world of the eccentric Bliss family, in a production directed by Genesian stalwart Nanette Frew. 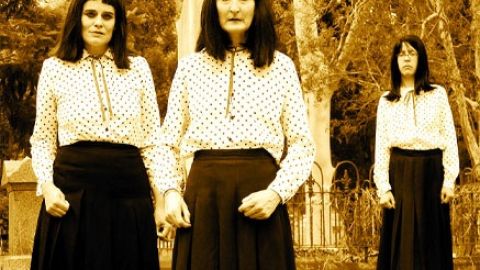 Cremorne Theatre, QPAC, as part of the “In Stiches” Comedy Festival

It’s almost two years since The Kransky Sisters played Brisbane, and judging by their first night reception they’ve been greatly missed. Working basically the same material they introduced on their last visit, the three dour “sisters” get plenty of laugh mileage out of small-town Australian foibles and characters. The humor is clever, sometimes black, but mostly just plain funny.

La Boîte Theatre at the Roundhouse

This engaging theatre piece is perhaps the best I have seen at La Boîte recently: well-developed script; evocative set; unconventional dramatic structure; and tightly directed. The initial image is captivating: Stradbroke Island created in sand (Minjerribah – Oodgeroo’s homeland) surrounded by Moreton Bay, with the island reflected up the fourth wall. The story unfolds in a series of pleated episodes of significant events: 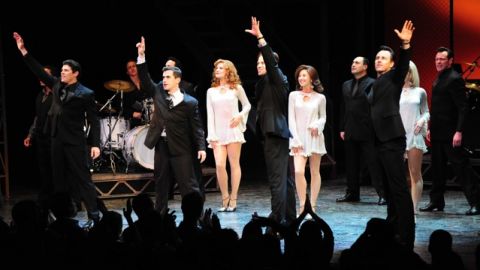 Re-reading Bryce Ives' review of the Melbourne opening, which follows mine, frankly I realised he had already covered much of what I wanted to say, so I'll keep my review brief.

Jukebox musicals aren’t generally my thing, but there’s an exception to every rule, and Jersey Boys must be mine.

25 Down by Richard Jordan 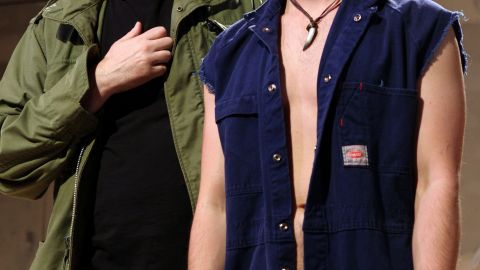 This 2008 Queensland Premiere’s Drama Award winner was presented as part of the Q150 celebrations. A strictly generation Y play, it has broader applications than its gay focus. It glided unobtrusively onto the stage and at the end, slid away equally quietly. The mood was one of aimlessness and compliance, of an intelligent generation so indoctrinated for changing careers and diminishing opportunities that they waft through life adapting to anything life throws at them. 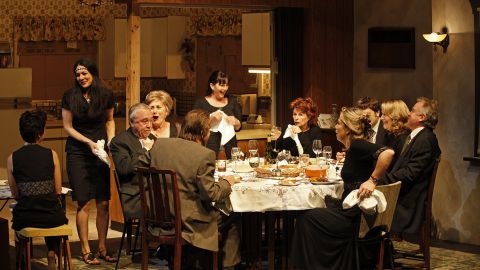 Dale Ferguson's set basically summarises the MTC production of August Osage County. It is a massive triple level house. Every naturalistic detail is there and this play by Tracy Lett's is epic in every sense of the word. . Simon Phillips and the MTC have given Melbourne a tour-de-force of what I am sure will one day be considered one of the greatest American plays of all time. (It has already won a Pultizer Prize, a number of Tony Awards and there is now a film version in development.) 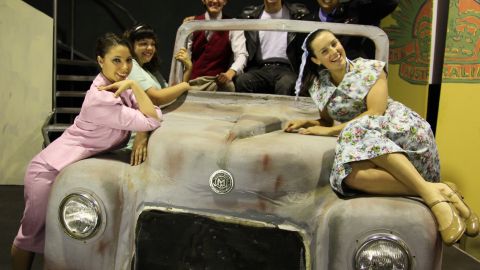 Elvis Presley collaborates with William Shakespeare to take a sparkling, energetic trip down memory lane in Bendigo Theatre Company’s latest musical, All Shook Up. Twenty-seven of the King’s songs, the plot from the Bard’s Twelfth Night, a small town in Mid West USA, and we have an exciting, entertaining show that had the audiences really swinging along with the enthusiastic cast.