Get Her Outta Here 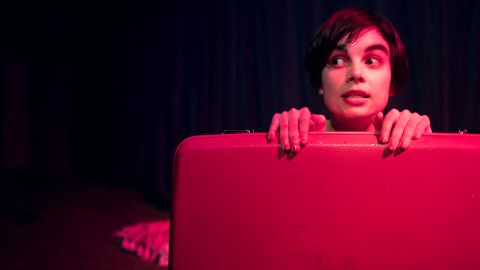 By Isabella Broccolini. The Sideshow, West End. Anywhere Festival, Brisbane. 14 to 23 May, 2021

Get Her Outta Here is a 40-minute one-woman show by Brisbane-born independent artist, Isabella Tannock, who fearlessly performs as her alter-ego, Isabella Broccolini – a 'Red Lady' clown-like character with exaggerated black eyebrows and red eyeshadow – a kind of cross between Isabella Rossellini and Mary Hardy. The piece starts with the Red Lady lying prone in a large red suitcase, her arms and legs visible – she lies there for a very long time, which gives people at the bar time to take their seats and sip their drinks.

A Passage to India 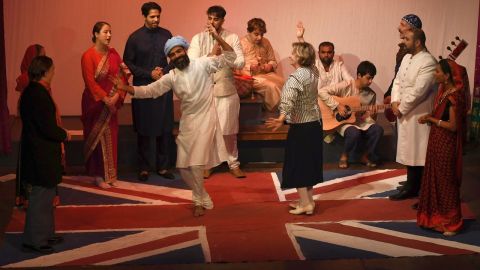 British writer E.M.Forster travelled extensively in India between 1912 and 1913, and returned there for a short time as a public servant in 1921. His novel A Passage to India, based on the political, social and spiritual divisions he observed during his visits, was first published in 1924. Set in a fictitious Indian city called Chandrapore, it was originally adapted as a play in 1960 by Santha Rama Rau. 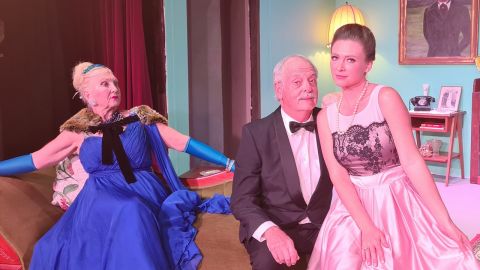 Lord Septimus Bracken has invited everyone he thinks could have been involved in a series of break and enters over the last three months at his recently restored manor. This has happened at the same time that his new young wife had come to live there. He also invited his old friend, Ben Rutherby of the Oxfordshire CID, to be in on the caper. Actually he has a crucial role to play when a murder occurs. This sets up a difficult problem to solve and the audience becomes completely involved. The theatre has used this style of production before and it still worked really well. 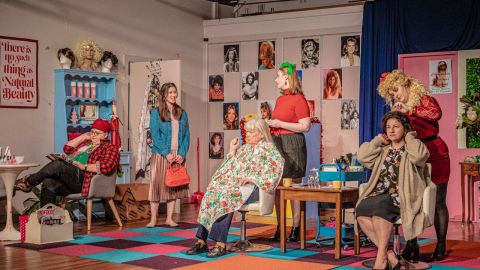 By Robert Harling. Lane Cove Theatre Company. The Performance Space at St. Aidan’s in Longueville. May 14 – 30, 2021

Steel Magnolias opens and your eyes are immediately drawn to all of the details on the set.  Garish colours, posters of female celebrities from the 80s and five distinct areas where the action can take place.  There are two seats, in the middle where most of the play is centred, but also a manicure area, a reception counter, a couch where clientele can wait and even a sink for hair washing.  Other nice touches include an old-fashioned hair dryer, cans of Cedel hairspray lined up waiting to be used, magazine holders, artificial plants and enough pink to signify that this is in 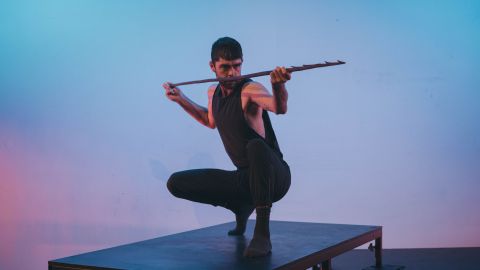 A colonial military expedition moves inexorably upriver.  Marnuu (Jyden Brailey) has learned of this deadly incursion from his dreams of Possum (her voice is that of Tahlee Fereday).  He tries to warn Gundi (Balaneba) and Barru (playwright Brodie Murray), but they mock him and don’t believe him.  They don’t hear Possum and they are young and cocky.  Marnuu is from a different tribe, a trespasser, not initiated in the same ways as they were. 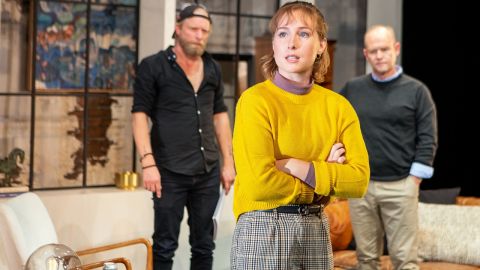 An insufferably banal American movie star arrives at the London warehouse apartment of a fawning director to meet the author of a seemingly controversial play about Northern Ireland, in which he’s to star.  Rehearsals start tomorrow, but each has an entirely different take on the play – and soon on each other. 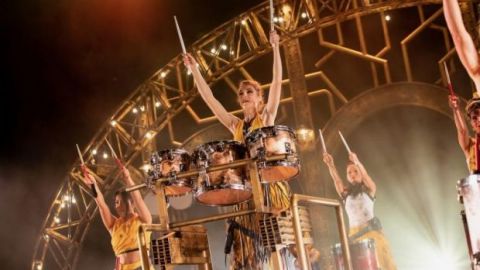 There's not much to say about the Drummer Queens – except that their show is one of the best stage productions you will ever see. This is an original Australian-made stage spectacular that is so awe-inspiring and energetic that it should be available on your health insurance package. If your feet are not tapping from beat one, you had better get your pulse checked! 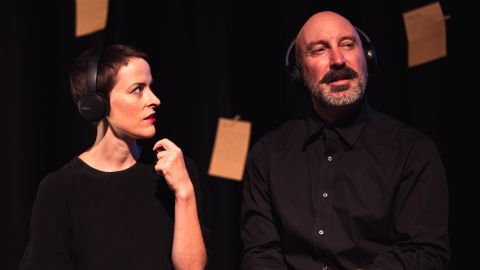 Whisky and Boots’ Mama Stitch is a location specific event that has played Midland, Gosnells and now Kalamunda, and will shortly travel to Bunbury. Local residents are interviewed and asked to reflect on their mothers. Their responses become the show that you see in each location - backed with original music. 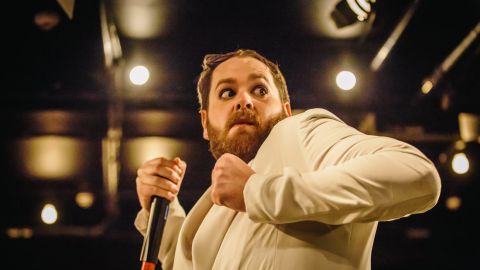 How to describe this? Raunchy panto, dinner cabaret without dinner, a wholesome healthy, string of innuendo sausages? “Fun” probably says it best. A Slightly Isolated Dog’s Don Juan is involving right from the minute you step into the hall. And I mean involving literally.

The Vicar of Dibley 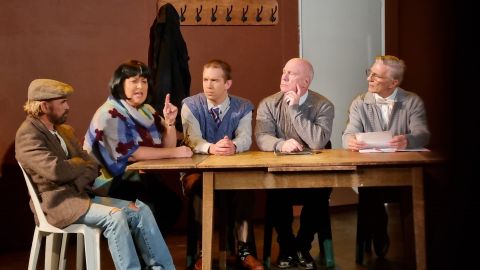 Laughing Horse Productions are presenting the WA Premiere of the official stage adaptation of The Vicar of Dibley. A loving reproduction of the TV series, favourite characters are brought to life with skill and care.

As the lights went up on the opening scene of the show, there was huge laughter before a word was even spoken, because some of the depictions are so recognisable and accurate, that it could almost be the original performer on the stage, and this was before the title character even appeared.