Call of the Malleefowl 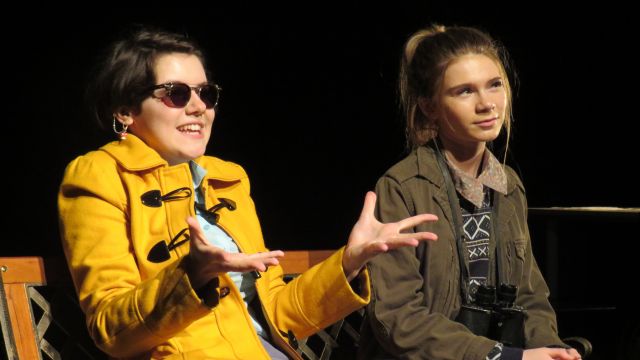 This first play from newly formed Bluestocking Theatre gives highlight to queer stories and disabilities in theatre, with a focus on leading roles for women. The play is a mystery, with Evelyn (Millie Montgomery), a young Autistic woman, being interviewed about a suspicious death by a therapist, Dr. Fields (Allison Scharber). Evelyn prefers the company of birds to people – finds them easier to understand – and it is in her solitude with nature that the outside world crashes through, with a gunshot, and an uncomfortable couple, Frankie (Genvieve Venning) and Noah (Robert Baulderstone).

Montgomery gives a brilliant, nuanced performance: her English-accented diction is fabulous enough, but she can tell a story with just her facial expressions – you can almost see her brain processing what has just been said – and there’s a beautifully subtle moment when she ever-so-slightly leans her head to Frankie’s that made me gasp. 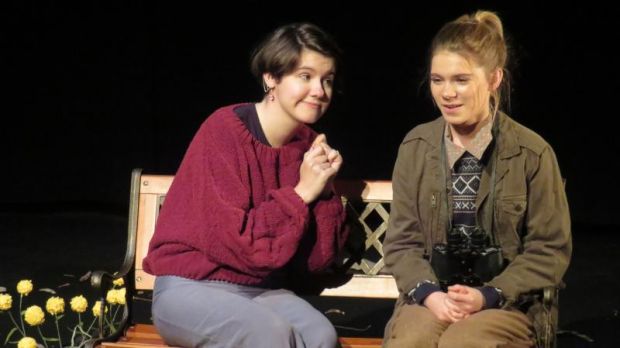 Venning expertly balances her faux courage whilst trying to strike up a friendship with the birdwatcher, and her apprehension when testing the waters is wonderful; her relief brings smiles to the whole theatre. The chemistry between Montgomery and Venning is convincing, their developing relationship a magnificent depiction of nervous firsts. Directors Lani Gerbi and Charlie Kay (also the playwright) guide their cast with delicacy and purpose: there is not a wasted movement.

Noah (Robert Baulderstone) is Frankie’s bullying boyfriend. Baulderstone is strong, though almost faceless in this story: he dominates through fear and force, but you know from the start that he’s not going to be on the winning side. Scharber is solid as the analytical therapist, teasing out Evelyn’s truth with comparisons to the malleefowl bird. 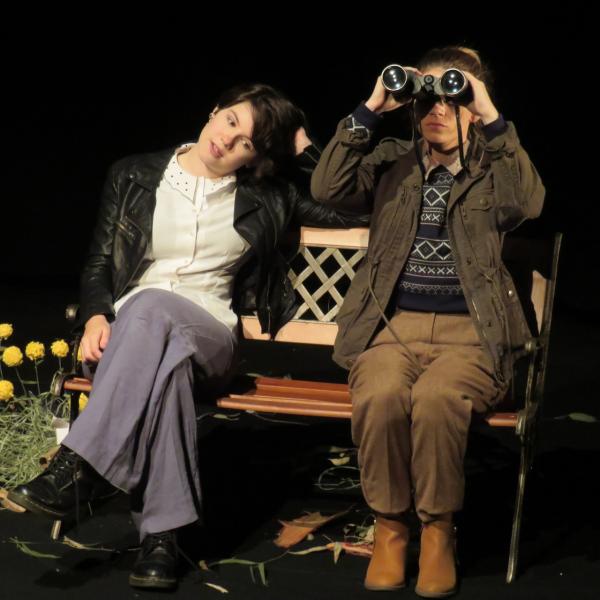 The stage is set with a bench amongst eucalyptus leaves on one side, and a therapist’s table on the other. It’s really effective in how the story-telling shifts from the interview to a memory, with lighting and sound nudging us between an office and outside. Every component of this play shares the same simplicity, and it works so well.

The narrative leaves enough markers to work out the ‘whodunnit’ and signals the twists, but this play’s strength is in its honest, believable characters and how they develop. This reminds us that love doesn’t care who (or what) you are, and its purity is powerful enough for one to sacrifice themselves for the other. 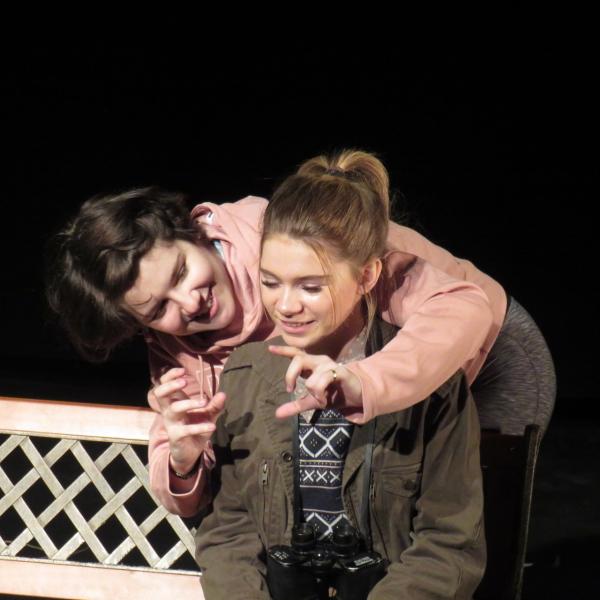