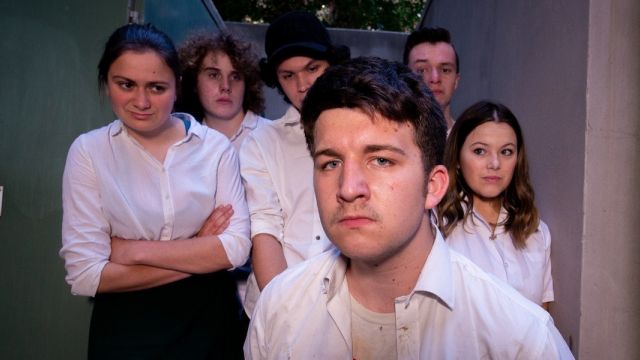 One of the common complaints in theatre is that for young people, aged between 15 and mid-twenties, there are few roles and opportunities available, written, to be cast in, or to be able to work in. Since 2017, Deadset Theatre Company has courageously made addressing this issue their mandate, successfully mounting productions that address current and relatable issues for that age group.

Dead Wind Blowing is a theatre adaptation by Zoe Muller of Jackie French’s often used secondary school text. This play, which fortunately also included performances for schools, exposes the cruelty, pack mentality and harsh reality of bullying in schools, and what a fabulous resource it is in times when the aftermath of bullying is on everyone’s lips. Set in a small country school, Lance Loosley, played ably by Hamish Phillips, is brash, a ‘try hard’ and a social outcast who finally, after more of the relentless teasing, being marginalized, being excluded and humiliated, snaps and seeks revenge against his classmates, teacher, and all who have made his life a misery.

The result is community destruction, chaos, collateral damage to innocent people including new girl Jasmine, played with passion by Prudence Cassar, and finally introspection that allows all of the teenagers, particularly chief tormentor, Budgie, played by Charlie Butler, to face the consequences and ownership of their careless, taunting behavior.

Small details, such as girls wearing sports skirts as day to day uniform (when they made a point of reference about Lance ignoring correct school uniform), is a trifling detail. The sound, music and lighting stood out as excellently planned and operated, adding to the story, meaning and mood. 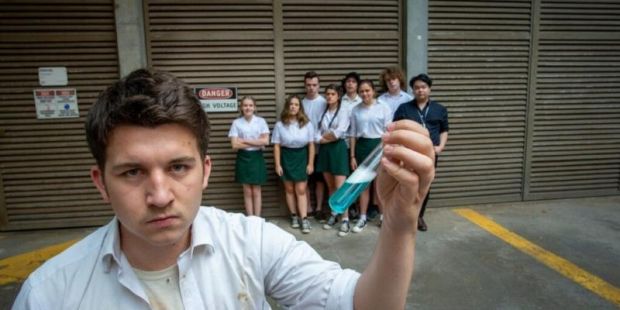 The absolute stand out performance was by Connor Ferguson as Mike, the narrator and ‘anchor’ for this story.  Ferguson was tasked with moving in and out of the story, and his performance was nuanced, eloquent and confident. He used the stage with the grace and the ability of a much more seasoned actor, driving the pace of every scene, using pools of light with ease, taking the audience in and out of the story. Finally, we see him sensitively support Lance, whose life unraveled when he ultimately confessed that he just wanted to be accepted by a group of his peers as friends and for his Dad to be proud of him. Ferguson has enormous potential and there were many moments where he led, allowing actors to show that this was a tight production and a well-developed team of performers and crew.

For Phillips, Butler and Ferguson, they were undoubtedly following direction carefully, but I would have preferred to have had less shouting to portray anger. There are many techniques where menace and anger could have been used, resulting in an audience experiencing different levels, and light and shade in critical parts of the story.

An audience, well peppered with loved ones, gave this very good performance a standing ovation and I too applaud this talented young company whose current work should be a requisite in school well-being programs.