Grief Lightning: A Satire in 78 Slides 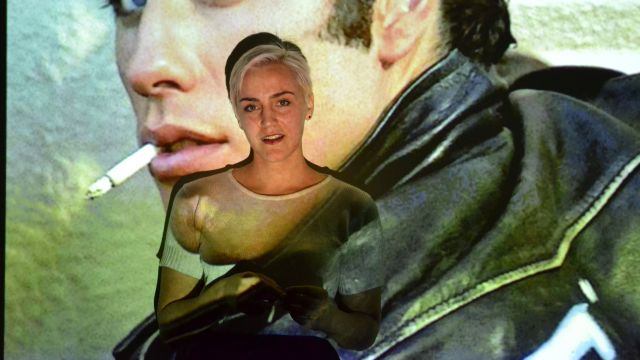 Every now and again, a show tumbles out of Adelaide Fringe as the start of something much, much bigger. This is one of those shows.

Based on theories that the plot of the 1978 film Grease is really a coma fantasy, Mary Angley plays the role of a lecturer delivering her evidence to a room full of students in this sublime comic theatre. She commands the stage from the moment she pokes her head around a door.

Angley delivers her words with such clarity, not a given for a lot of Fringe acts. She’s an actor first, and offers considerable depth and shade to her character, with impeccable timing in her speech and comedy.

Projection of her voice is vital, but that of video is central to Angley’s performance: it carries her core messages; gives us more ‘show’, less ‘tell’; and is effective as stage lighting. The PowerPoint is beautifully designed and brilliantly animated – there’s immense humour and pathos in how she brings together frames from the film to illustrate her points. 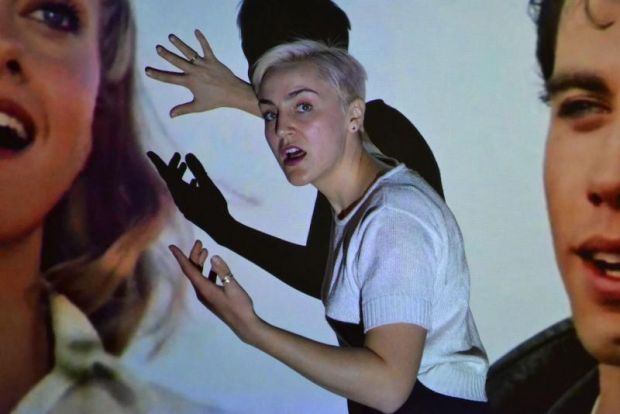 The sound complements Angley’s words perfectly: designer Dan Thorpe has taken the film’s score and turned it into a completely different symphony: toying with glitches and tempo, it helps to build and sustain the tension, thrill, and comedy.

Angley’s words and movements are choreographed with the vision and the sound, every click to the next slide smooth in its execution and timing, the effect of the projected film often stunning as she moves with it.

Angley combines the best of theatre, comedy, and more than a dash of philosophy: she posits convincing and complex abstract theories about the true meaning of a classic and influential film from the 1970s, pulls them apart to prop them up with evidence from frames of film, spoken words or sung lyrics, then wraps them up again in a remarkable performance full of deadpan humour and impressive audio-visuals.