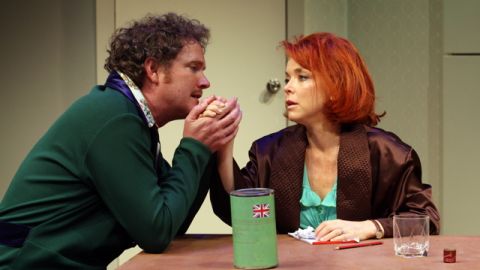 For its final production of the year the Ensemble Theatre have gone for a play from Sir Alan Ayckbourn's rich body of work, his 1972 comedy of social mores, Absurd Person Singular. This play is one of the most frequently performed plays in his repertoire. 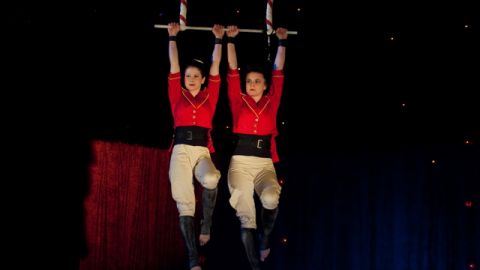 One of the most wonderful aspects of watching NICA's young Circus performers in their annual graduation showcase is the impressive wealth of talent and ability on show – just as one of the most awkward is when it all goes horribly wrong. 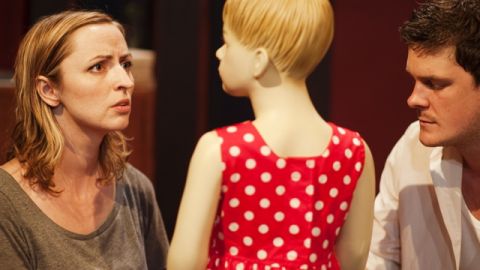 A little girl, Ruby, has disappeared on her way to visit her grandmother. How do the parents, Sylvie and Ray, cope? What do the neighbours know? Is one of them responsible? They’re all a bit on the weird side in Matt Cameron’s intriguing, ambiguous play. Is there more to the action of this play than the surface scenario suggests? 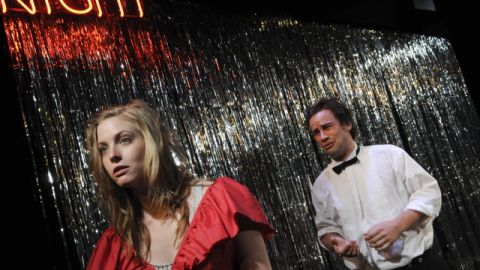 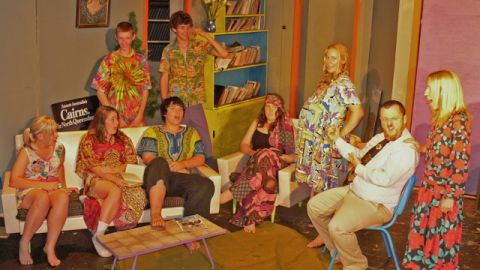 The Atherton Performing Arts’ thirtieth birthday bash production is a revival of Poor Men’s Riches, a locally written comedy by Marie Cohen. On a well-constructed set the action is fast and furious. Slamming doors, revving motorbikes, loud music and yapping dogs provide the background noises driving Gordon and Frances Armstrong nuts. But this cacophony of noise is not caused by the neighbours; it is caused by their own children. When the disturbance disrupts their sex life, mum and dad pack their bags and head to the nearest motel. 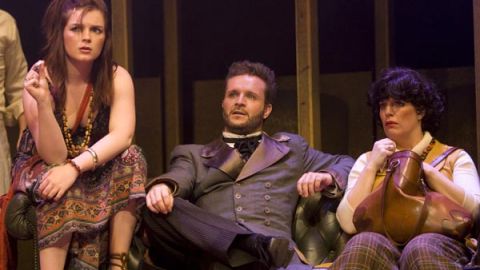 “Shoot to Win” is emblazoned across the arch of the shooting gallery where we first meet our ‘assassins’. A lesser-known Stephen Sondheim work, Assassins (1990) introduces the audience to a number of (failed and successful) attempts to assassinate US Presidents and the social outsiders behind them. The Proprietor (Gavin D Andrew), dressed in the stripes of the American flag, gives each assassin a gun and convinces them that “Everybody’s got the right to their dreams.”

Dickens Down Under by Mel Morrow 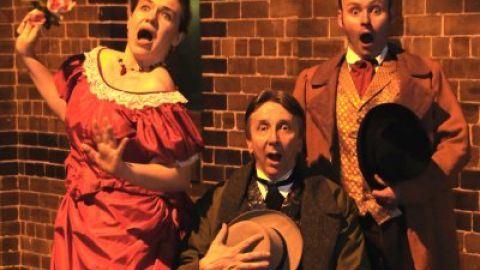 For their final production for the year, or as they have called it ‘their pre-Christmas treat’, the Genesian Theatre Company are presenting the world premiere of Dickens Down Under, a Victoriana Vaudeville by prolific Australian playwright, Mel Morrow. 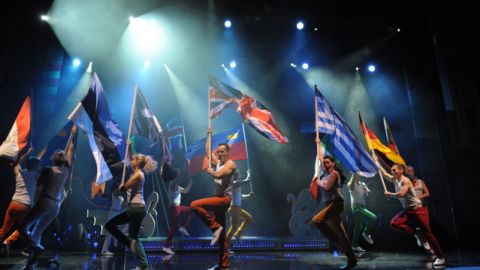 Eurobeat is funny, frivolous, and fabulously over-the-top. Opening last night at the Lyric Theatre, this send-up of Eurovision, the song competition that everyone loves to hate, was launched with a deafening sound of clackers, whistles and cheers, the like of which has not been seen in a theatre for some time. Added to this is the unique experience of being able to use your mobile phone to vote for your favorite act. 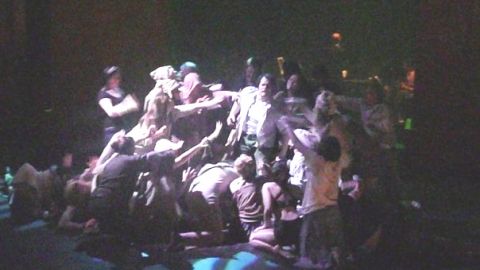 The Old Scotch Collegians Association chose Jesus Christ Superstar for their second production; quite a change from Les Miserables. This was given a modern setting with Gestapo police and abstract sets which were very effective.

Gerard Schneider played the lead character of Jesus with great dignity, but his operatic tenor didn’t always know how to handle the rock music. Rock singer Jamie Pearce as Judas was much more comfortable in this medium and was vocally thrilling. 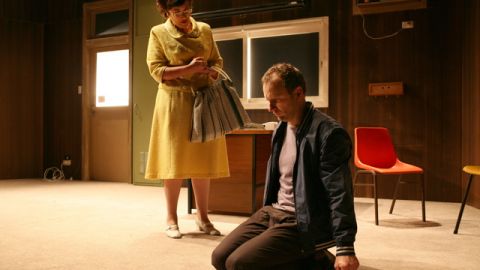 Good drama should stimulate the mind, which this does, and touch the heart, which this doesn’t. Michael Gow’s new play Toy Symphony is a cerebral piece, clever, at times funny, and wildly imaginative. But it does not connect with an audience. Roland Henning is gay. He’s a successful writer, a former cocaine addict who’s kicked the habit, and he’s going through a writer’s block. On the insistence of a friend, he reluctantly begins psychoanalysis.