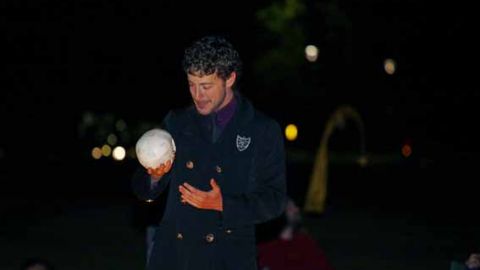 Now in its fifth season, the Sydney Shakespeare Festival has already staged outdoors the more obviously suitable pastoral or elemental plays by the Bard.  They’re back in their favourite spot in Bicentennial Park in Glebe, with Sydney’s skyline as a backdrop, but this time with the normally claustrophobic, internalised tragedy of Hamlet.

Still, the last version I saw of Hamlet, at a Sydney Festival two years ago, sported German actors plunging about in mud and Hamlet following everyone with a cam-recorder. 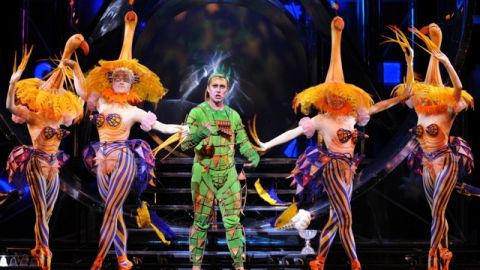 The New York Metropolitan Opera has a fabled reputation for the most extravagant of productions. Australian audiences can now feast on the visual banquet cooked up by Julie Taymor, of Lion King fame and Spiderman infamy, in this replica performance that opened at the Sydney Opera House ahead of a transfer to Melbourne.

James and the Giant Peach 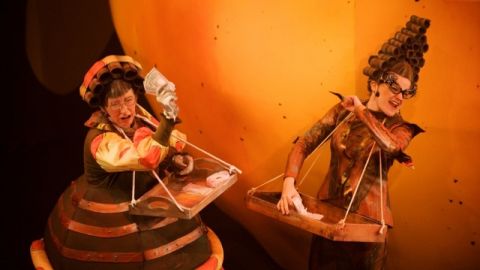 James and the Giant Peach is a fun show for kids and perfect entertainment for this holiday time of year. With plenty of audience participation, bright songs, kooky costumes, and a knockout set, Tim O’Connor’s production covers all bases. 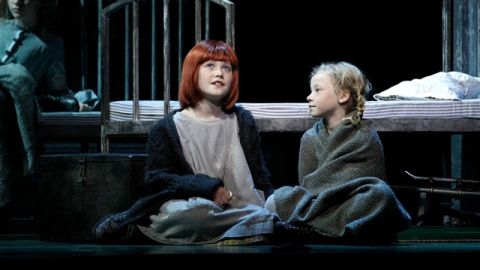 Despite the old theatrical adage ‘never work with kids and animals’, from an audience point of view few theatrical experiences are more appealing. Twice filmed, Annie is a much-prized, well-watched part of most family DVD collections. 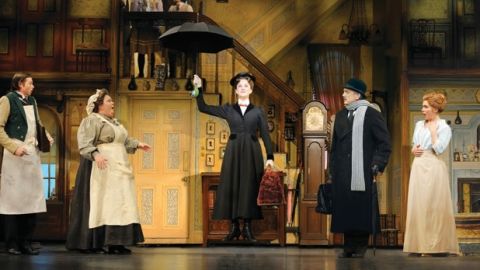 Mary Poppins not only sings, dances and flies, but she is totally captivating in this stage-musical version of Queensland author P.L. Travers immortal character. Verity Hunt-Ballard sings she’s “Practically Perfect” but in my view she couldn’t be more perfect in the role. Feisty, endearing and with a voice like an angel, she stands head-and-shoulders above everybody else on stage and is the main reason to see this joyous musical. 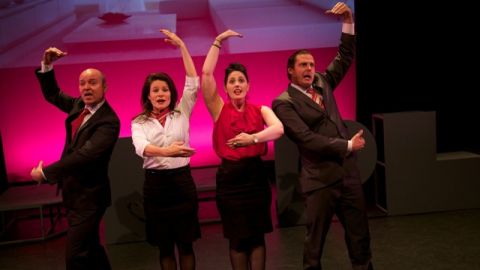 While most of us are worrying about how to pay our mortgage whilst caught between the GFC that was, and the Recession that will be, the talented Michael Dalley chooses the property boom as his latest satirical target. With biting lyrics set to albeit simplistic and vaudevillian type melodies, Dalley and company tear down the bogan middle class icons and show us our real selves in such cutting numbers as “Shit Art Of the Mornington Peninsula” and “McMansion Façade”. 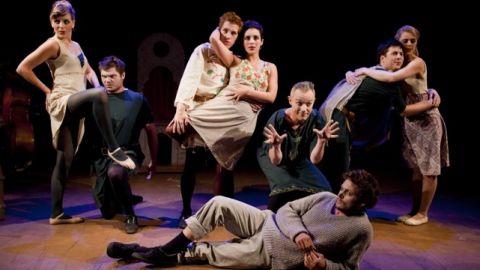 Small may well be the way of the future for reviving some relatively big Broadway shows. It won’t work for every musical; a few years back a greater wit than I rechristened a pared back version of Sondheim’s Sweeney Todd as Teeny Todd, but with a simple storytelling tuner like Pippin, it’s a very viable choice.

This debut production by Crinklecut Productions takes a Broadway musical back to Off-Broadway scale to relatively pleasing effect. 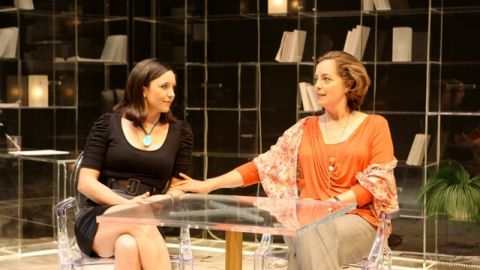 Ensemble audiences are always ready for a new play from David Williamson and most nights for this lengthier-than-usual season are already sold out. With the considerable added allure of Greta Scacchi in the lead role, this is a scheduling no-brainer. Kudos to the Ensemble for immediately following one brightly intelligent, smartly directed new Australian comedy/drama (Geoffrey Atherden’s Warning: Explicit Material) with another. Artistic Director Mark Kilmurry staged both excellently so he’s probably due for a Xmas rest. 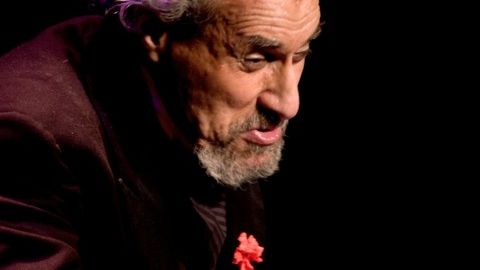 The art of monologue and characterisation is given a good going over at Phil Zachariah’s astonishing reading of the Charles Dickens’ classic, A Christmas Carol.

Here is a form of theatre not widely supported, requiring committed audience concentration initially until we are drawn into the drama, magnified by gesture, gait and stance, and accent. 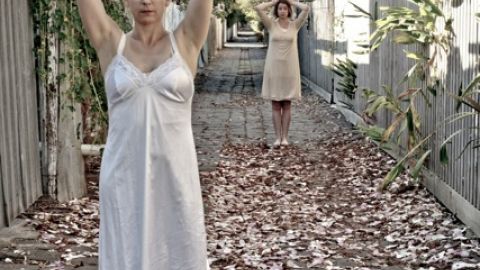 Kate Hunter and Emilie Collyer, two lovely ‘generation X’ performers, bemuse and delight with this dry and earnest work about the making of performance.