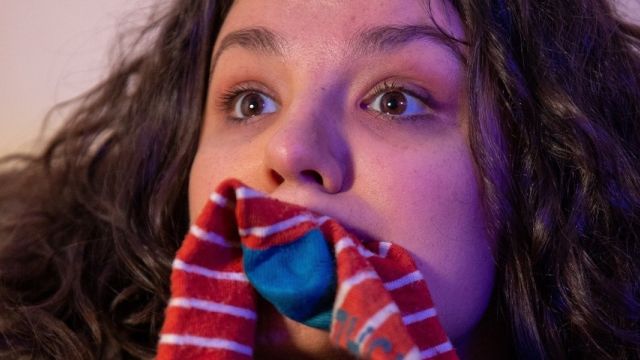 When Poppy Mee wakes up in a mess of a room, she downs an energy drink poured into a jam jar, then instantly breaks the fourth wall and starts telling us about her wonderful adventures overseas. Halfway through an intriguing story, she is interrupted by those seeking the truth.

With a little persuasion and negotiation with the audience, she begins to retell her stories, only this time without any ‘slight exaggeration’, the embellishments replaced by disappointment, anxiety, and loneliness.

This is where Mee’s full acting range shines through. Effectively connecting to her audience, she tried to convince them (and herself) that she’s okay whilst putting herself down with a bluntness that belies her previous poetic words. She’s courageous with her bold eye contact, touching as she engages a single audience member, and she’s disarmingly hilarious. Mee is so expressive with her entire body, her body language telling as much of the story as her voice. 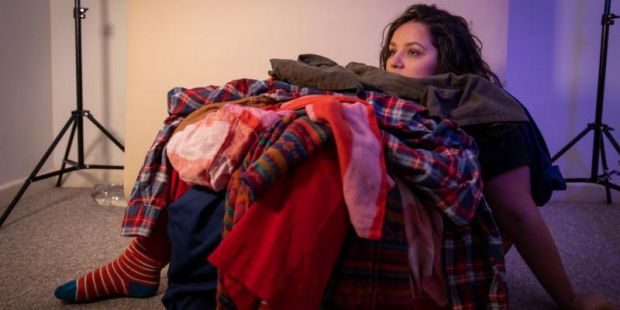 The narrative isn’t sustained though, breaking down and becoming more disconnected from her earlier tales, whether exaggerated or not. Her ‘rabbit hole’ diversions become the spine of her story, and when Mee asks her audience to join her in a self-affirming chant, it’s uncertain if it’s for her character or the performer.

And maybe that’s exactly the point: in starting out with her self-awareness of her audience, the character is Mee; she’s still looking for her true self. If not entirely successful, its rawness is brave. 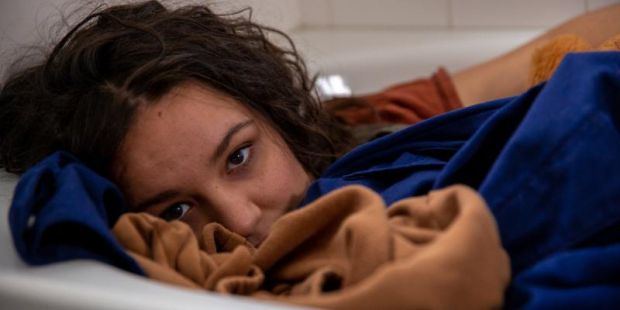