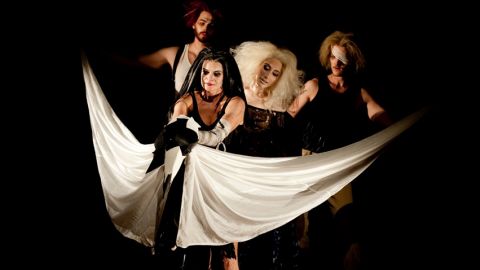 “Do you know what betrayal is? It’s when a friend does something that’s not very nice.” As I took my seat at the Seymour Centre, the mother sitting next to me said this to her two young sons. She was telling them about part of the story we were about to see, Fox by Monkey Baa theatre.

When He Was Famous (Life in the Fast Lane?) by Seth Robinson 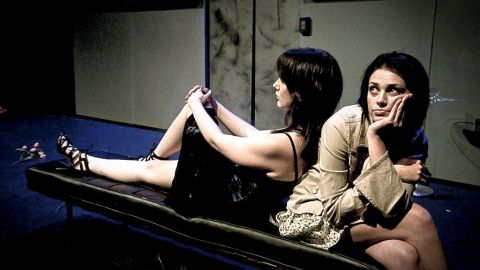 When He Was Famous is a production running during National Youth Week. Canberra Dramatics is known for its support of young people interested in theatre, and this production has involved people principally aged between 15 and 25. It is a credit to their application, talent and diligence that this play has worked well. Patrick C. Moonie plays Robert J. Taylor, also known as Robbie, an actor of considerable reputation both in his acting and in his private life. He maintains the character’s charm despite the things that Robbie has done. 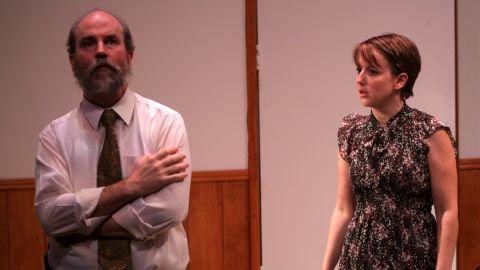 If you like your theatre to be a cosy, entertaining evening, with coffee and a pleasant chat with friends after, this is not the play for you. On the other hand, if you like to be engaged and challenged, to have your moral preconceptions dissected and examined in the space of little more than an hour, then Blackbird is. You’ll leave the show aching to discuss personal and social morality aspects of child abuse, and a need to be reprogrammed convincingly on the issue.

The Hatpin by James Millar and Peter Rutherford 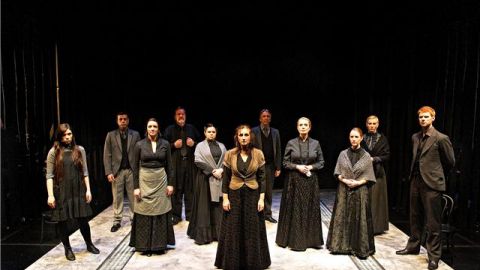 Riverside Lyric Ensemble’s production of Australian musical The Hatpin is in the higher echelon of Sydney amateur musical theatre, in terms of both production values and performances. It is a clean, polished, no-frills production, with a cast balancing some of the best ‘old hands’ on the circuit with exciting, less familiar talents. 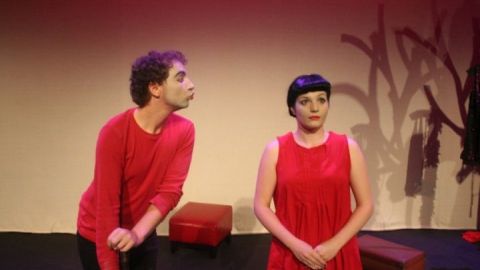 The anguish of the young wife in Ruby Moon is evident from the time her husband arrives home from work and tries to give her an affectionate kiss. She resists, pulls away, and says “How do we do this again?” The pair’s six-year-old daughter, the title character, disappeared several years ago while going to the other end of their cul-de-sac suburban street to visit her grandmother and they are still trying to come to terms with the loss.

Animals Out of Paper by Rajiv Joseph 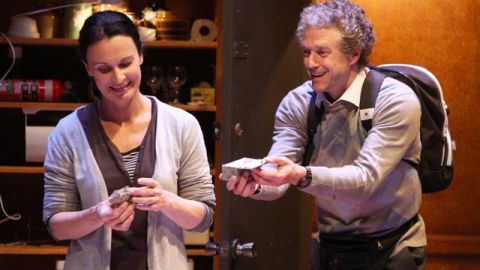 A light, engaging three-hander play, Animals Out of Paper builds on a wafer of plot, with genuine humanity, wit, awkward romance and a touch of hip-hop.

The Ensemble production works nicely despite the play’s rather too obvious central metaphor, comparing the marks left on life and relationships to the folds of origami. Perhaps the metaphor misses because origami tends to be talked about rather than integrated into the action, except as completed works.

The Last Days of Judas Iscariot by Stephen Adly Guirgis 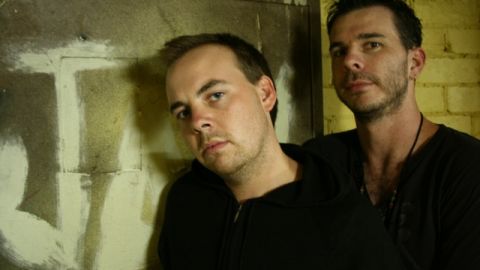 The Last Days of Judas Iscariot was the last production to feature all 15 members of Hunter TAFE’s initial advanced diploma in acting class and it was a rewarding finale for a group who have done fine work in their three years of training. The play uses a trial in Purgatory of Judas Iscariot, the disciple who betrayed his friend and leader Jesus Christ, to look at issues including concepts of good and evil, guilt and forgiveness, despair and redemption, and social pressures and free will. 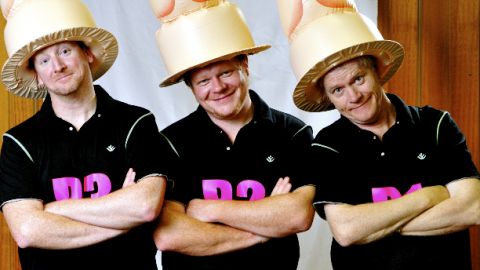 The latest production from Producer / Director Matt Byrne, The Penis Principles, is a fast-paced and hilariously low-brow journey into the issues plaguing modern man. The three-man cabaret comedy stars the director himself and tackles both the silly and the serious, in a night of genital fact and farcicality. 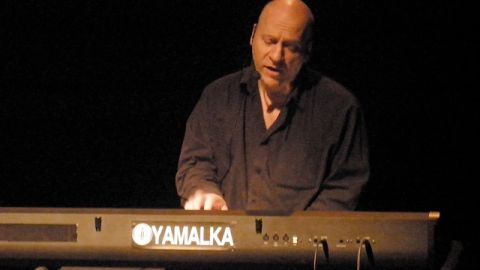 Daniel Cainer’s Jewish Chronicles is a one-man cabaret fresh from the Edinburgh Festival and London’s West End. A collection of songs and stories that examine, with great compassion and humour, what it means to be Jewish in the 21st Century, the name is a play on the Jewish Chronicle newspaper and the show itself an accidental product of Cainer’s own ‘mid-life kosher crisis.’ 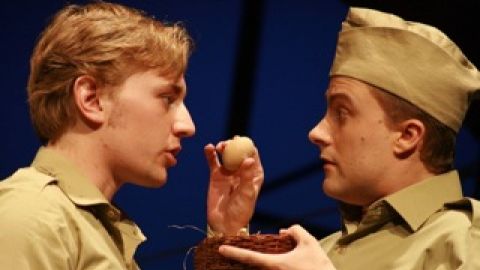 What a joy to catch up with an inspired stage production of this 1960s literary classic! It’s a devilishly difficult play to bring off, but with an ingenious set, a committed cast (all but one of whom played multiple roles) and Gregory Rowbotham’s masterful direction, this team succeeded in spades. The WW2 flight squadron of crazies portrays an uncomfortable parallel with events in more recent US wars. Seems you don’t have to be mentally unstable to go to war, but it helps.